The high waves caused by the ‘king tide’ brought out the skim boarders in Puerto Vallarta.

They were fascinating to watch as they waited for just the perfect wave, then somehow skimmed on the surface of the outgoing wave… 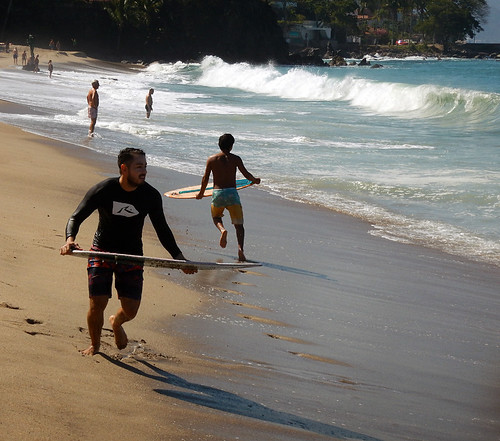 …to twist up and catch the next incoming wave. 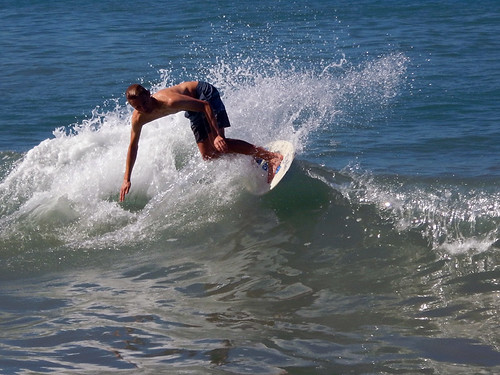 I mostly videotaped them but I also tried for stills, a bit tricky as I was never quite sure exactly where they’d be in the frame – here I am very thankful for digital!

The result of this off-the-cuff shooting was that I didn’t center my shots as much as usual, and got a large number that actually followed the rule of thirds, or at least had enough space around them to be cropped that way. 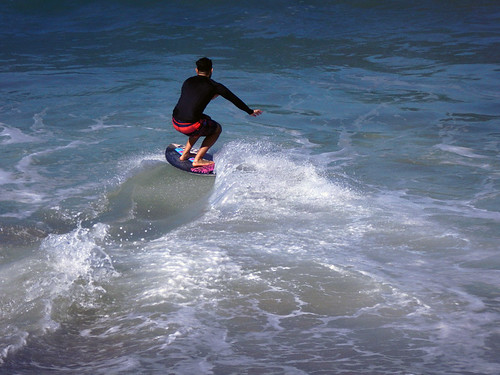 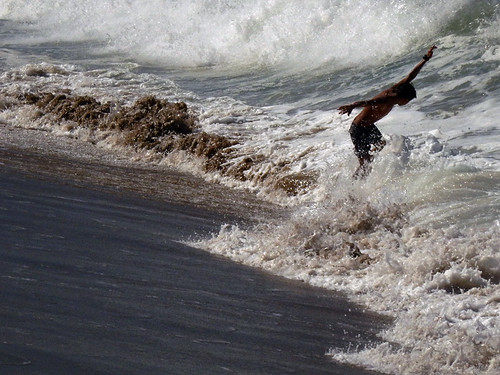 Here’s one that was a bit ‘edgier’ but it still works. I like the way the surfer adds scale, showing how high the waves actually were before they crested. 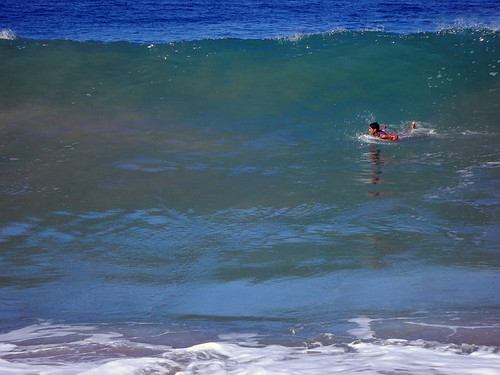 The end of the ride. 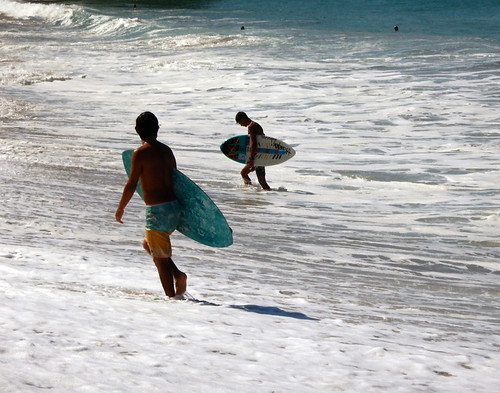 I have put some of the thoughts behind the photo cropping on my art blog Elizabeth Gallery.

5 responses to “Skim Surfers in Puerto Vallarta (Rule of Thirds)”