We usually enter this magical area via Botany Bay, a small bay with interesting rock formations. 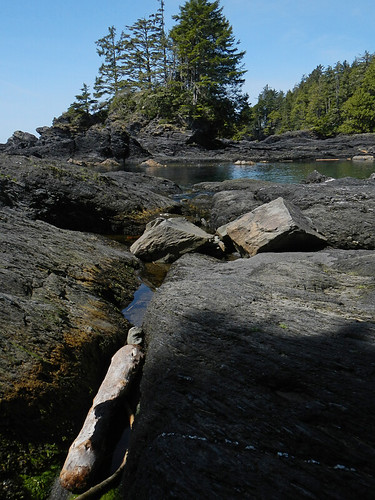 The local rocks are an intriguing compound rock of black bits that look like a fine layered slate, embedded in a blue-grey cement, butting up against worn grey stone with undulating formations from wave action. 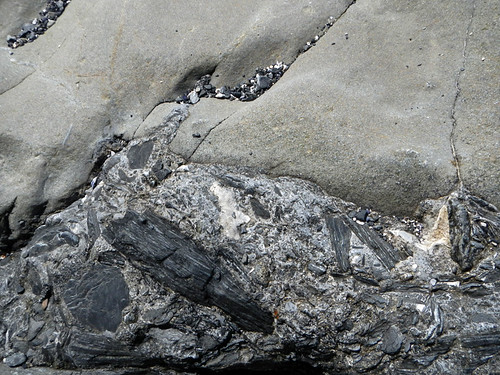 I have a lot more shots of this crazy rock. 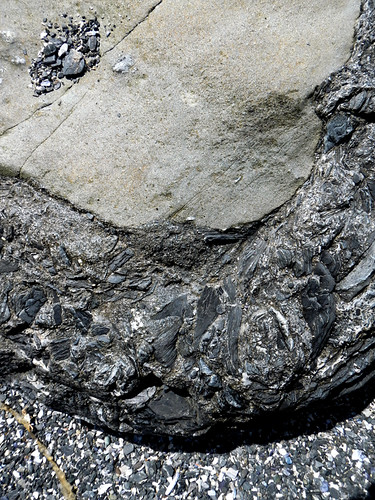 A detail of my painting partially inspired by this rock. 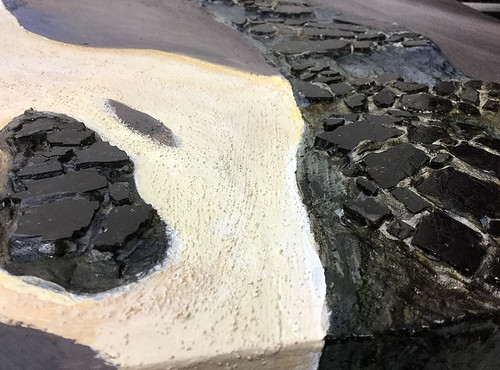 To be able to fully enjoy these beaches the tide has to be out. The Tide Table at tide-forecast.com for Port Renfrew is one place to check on this critical factor.

Between Botany Bay and Botanical Beach is a forest trail. If the tide is out far enough you can get to either beach along the shoreline as long as you don’t mind scrambling up and down rocks. If you get caught by the incoming tide there are ‘escape routes’, which are handy in case of tsunami warnings. There are also signs warning of ‘Rogue Waves’ which can sweep the unsuspecting out to sea.

Beware Bear! I adore this bear! Who wouldn’t want to be chased by such a magnificent creature? Apparently there were two yearling black bears on the ‘Escape Trail’ one time when we were there.

The trail is usually the safer choice (unless you run into one of the magnificent bears), and uniquely beautiful besides. 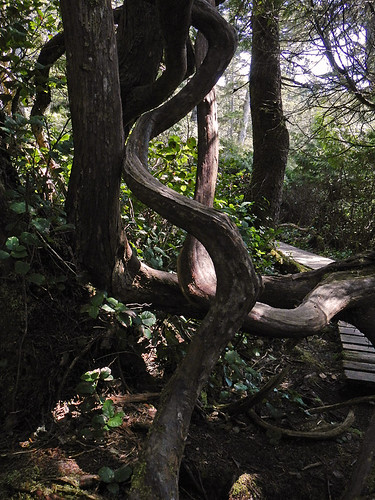 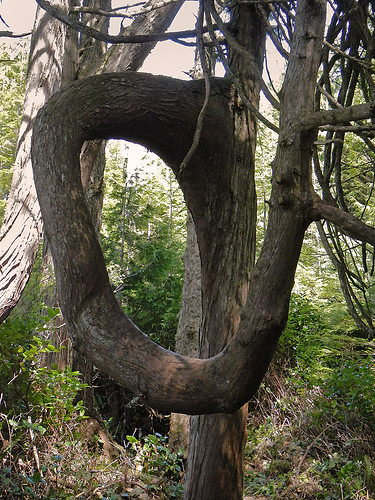 At Botanical Beach the waves have carved holes in the rocks. 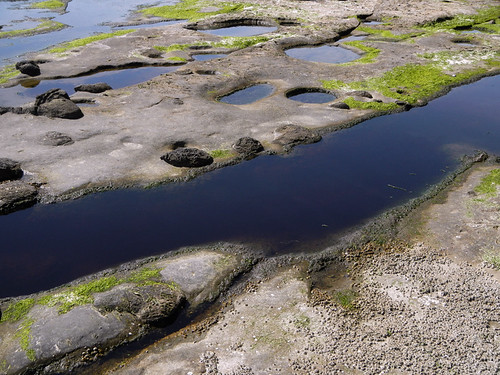 These circular holes are created by the motion of the waves which swirl a ‘kettle stone’ around over the years until a deep indentation is created. 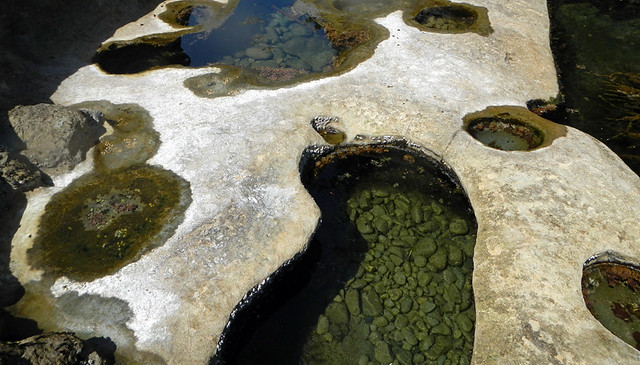 The holes become tide pools containing life forms of some sort or the other – one of the reasons it is called Botanical Beach. 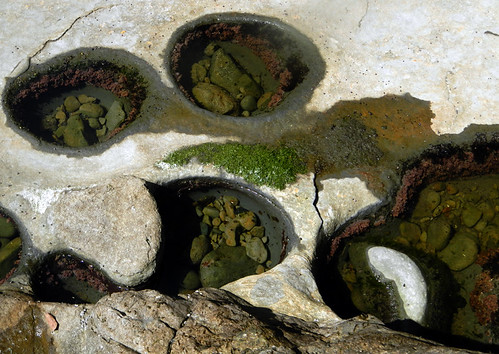 A Chiton mollusc in a tide pool at Botanical Beach. 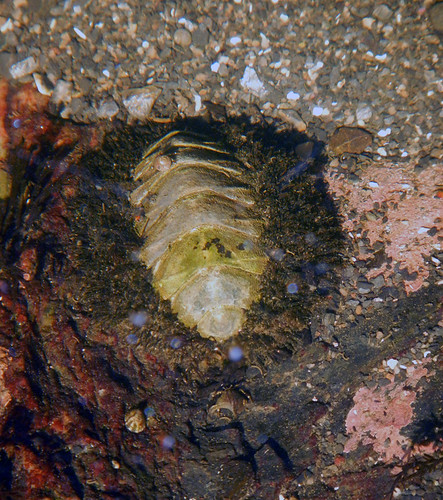 If the Chiton looks prehistoric that’s because many of this mollusc species are extinct, existing only as fossils. The shells next to it are Chinese Hat Shells. 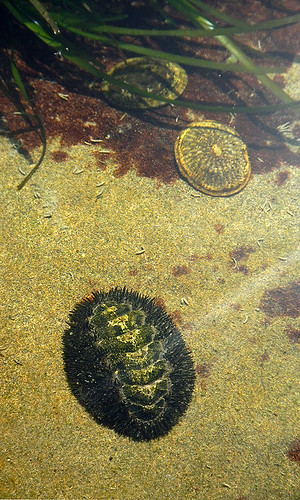 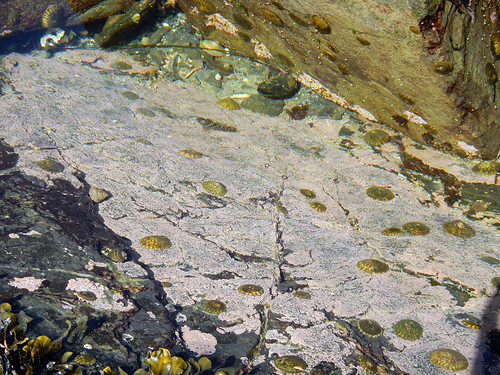 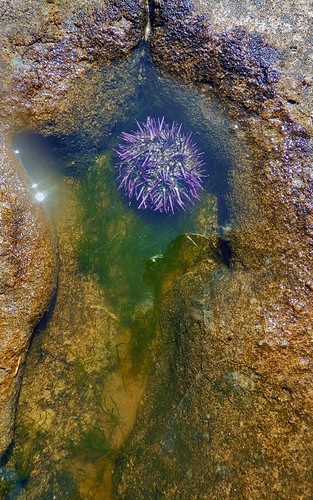 Seagrass waving in a tide pool. 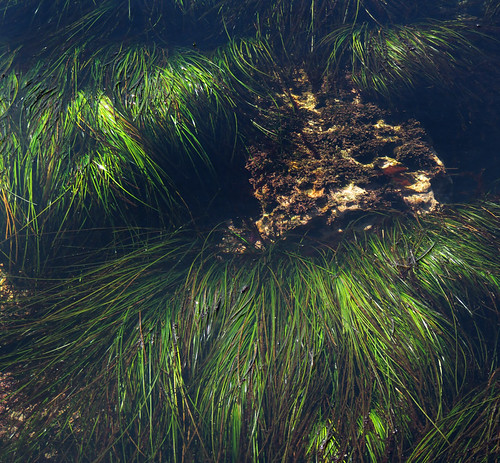 A tide pool that looks like a cauldron full of mussels along with some goose barnacles, the latest in gourmet treats. (Montecristo Magazine calls these guys the bad boys of speciality seafood.) 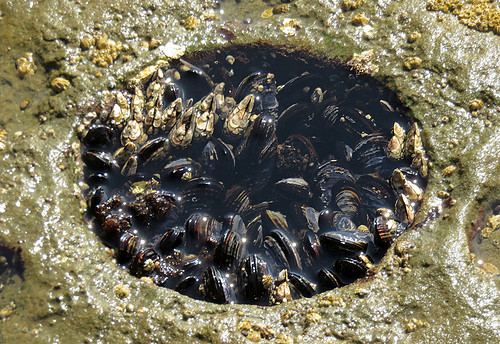 Along with the tide pools there are also other strange rock formations that perhaps only an artist could love! 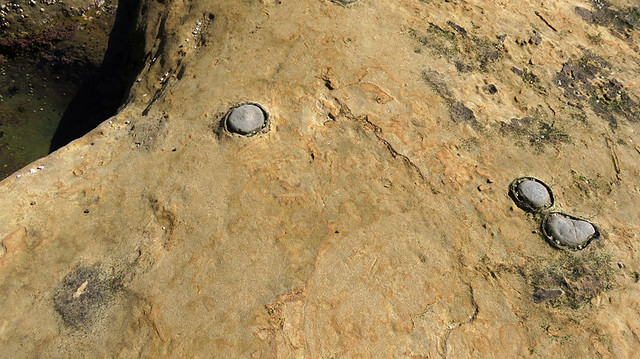 A rock wall at Botanical Beach. 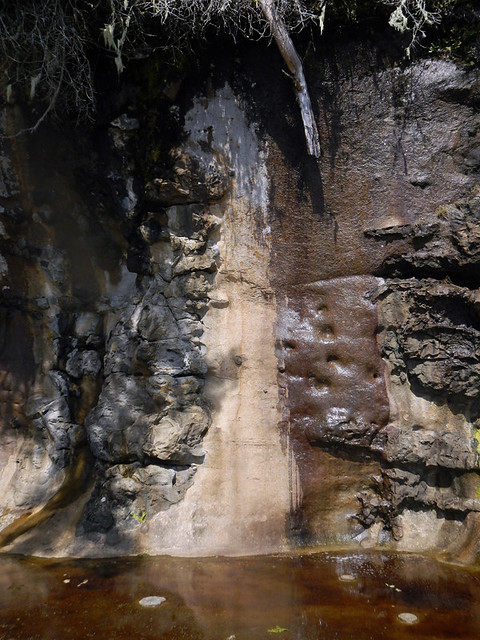 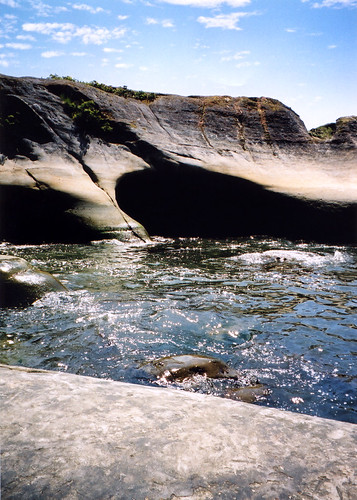 Botanical Beach and Botany Bay, located by Port Renfrew, represent the end of the Juan de Fuca Trail, something that to me far outshines the better-known West Coast Trail that it connects with.