Note from Editor/Daughter: This story, from my dad’s journal of memories, is about when he met my mom.

Poul my roommate wanted to go north for the big money and lied himself into a position at the construction of the big Kitimat Aluminum smelter. I marveled at his persistence and never-failing optimism, but he had a goal and that was to make enough money for a down payment on his dream farm.

So, Poul left and I moved in to a smaller room across from Hilda, a reddish-blond prairie chicken. After a very formal introduction and dating and being presented to friends, we decided to take the plunge and get married. 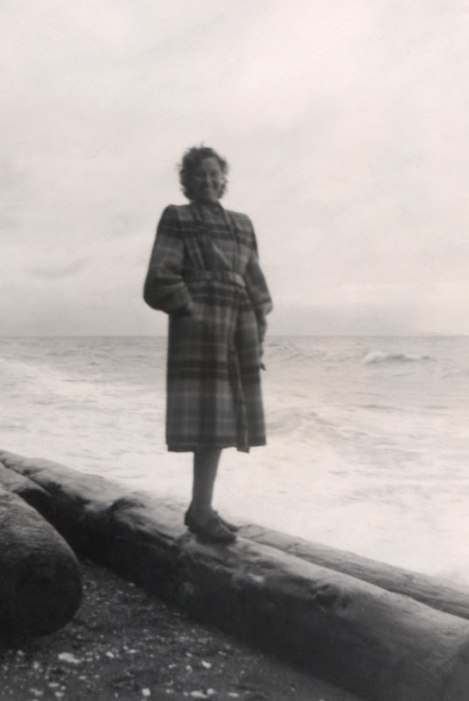 We had John and Nicky Boats, close friends of Hilda, as best man and bridesmaid at a quiet ceremony in a minister’s home. There wasn’t any big party as we only had just enough money for a weekend at White Rock.

We had a great summer walking from the old mansion on Thurlow street to Stanley Park for picnics every nice weekend, and trips up into the mountains on the north shore such as Grouse Mountain, Hollyburn Mountain and Lynn Canyon and high up in the mountains where we went swimming in the mountain lakes.