There are three Joffre Lakes, all of them turquoise from glacial till, and as you go upwards, each is more stunning than the one below.

The moderately difficult trail to the upper two lakes has become so popular that a reservation system is now in place.

We hiked there in 1999 so I’m starting at the top with Upper Joffre Lake, edged by glaciers and backdropped by blue, blue sky. 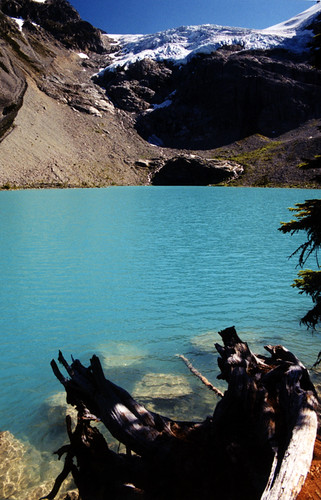 Upper Joffre Lake is very near the tree line so all the trees are miniatures of the trees further down the mountain.

There is wilderness camping permitted in this area. 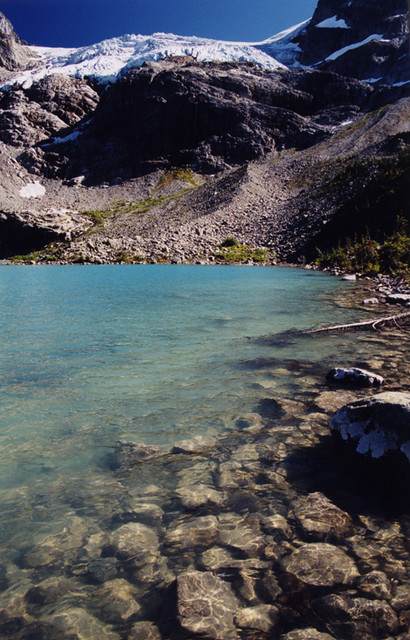 Upper Joffre Lake painting. I don’t think it’s quite finished but I’m not quite sure what I want to do next!

Middle Joffre Lake is the same exquisite turquoise as the Upper but surrounded by forest.

There were a lot of submerged logs in Middle Joffre Lake. 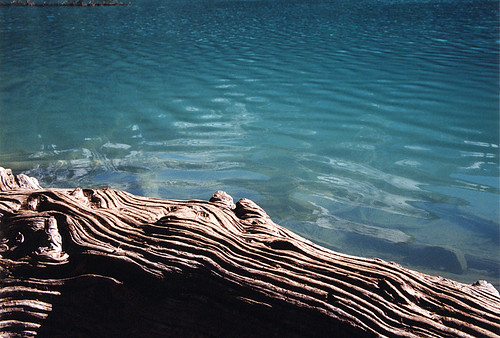 A Japanese tourist asked us if we wanted our picture taken. Al handed him his camera, a Canon Rebel, and the guy went a bit nuts, taking a LOT of pictures of us, and this was back in the days of film. 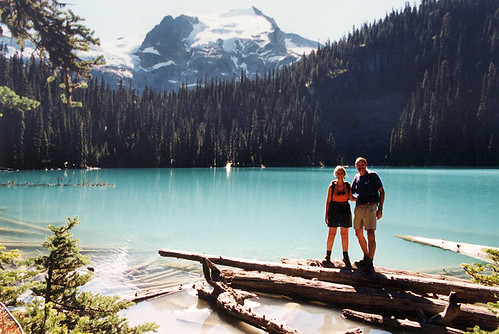 The current sign notes that it is 3 1/2 hours to Middle Joffre Lake and 4 hours to the Upper Lake with its glacier and wilderness camping. But back in the day I seem to remember our hiking book saying it was only 2 1/2 hours to the top.

Getting up to the second lake was really difficult for me, a rock scramble where I had to haul myself up every rock. Al, with his much longer legs, just walked up the rocks as if they were stairs, and then walked down them the same way. I, on the other hand, had to sit down on each rock and drop myself to the next one in order to get down that rockfall. The four-hour estimate for each direction was right on target.

Before the rockfall came a boggy trail, lined with Devil’s Club. This could make wandering off the trail very painful if you even brushed up against one of these beautiful but prickly characters. 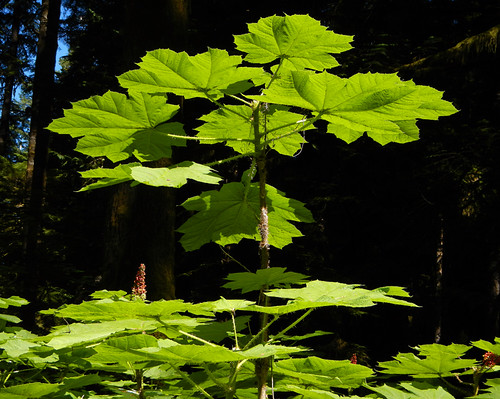 With my bad knees I think the years of rock scrambling are over. Which brings me to Lower Joffre Lake, just a few minutes down a forest trail, and almost wheelchair accessible! 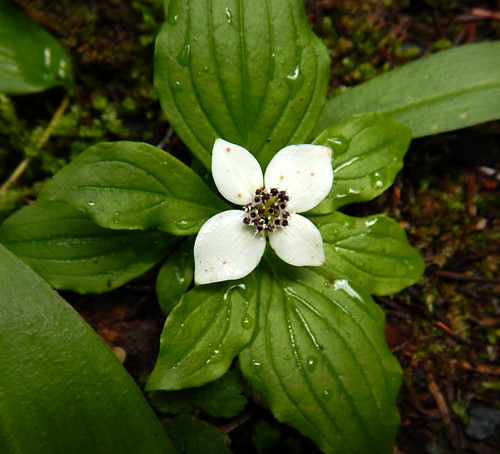 Lower Joffre Lake is a more intense aquamarine than the two upper lakes and the reeds glow with an unearthly green. 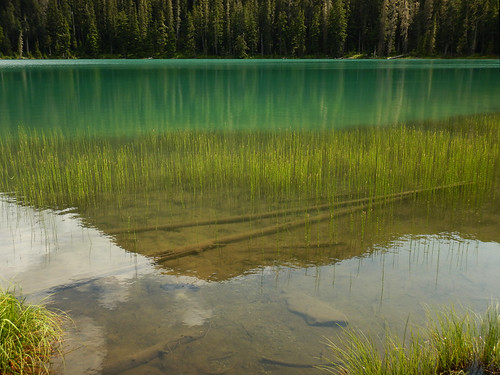 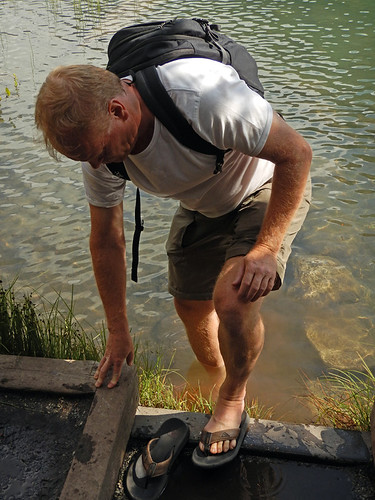 There were a bunch of people taking photos  with their instructor.

One of them, Daisy, took some of us and then emailed me her photos. Technology has changed a bit in the last 20 years and so have we.

Annotated Google map of Hwy 99 from Whistler to Lillooet, BC.

10 responses to “Aqua Glacial Waters of the Three Joffre Lakes”