After a busy morning which started at Bushmill’s Distillery and the ruins at Downhill Demesne in Ireland, UK, we came back into the Republic of Ireland through ‘Muff’, spelled ‘Magh’ in Celtic.

Al wanted to see one last lighthouse so we hit the Stroove lighthouse. 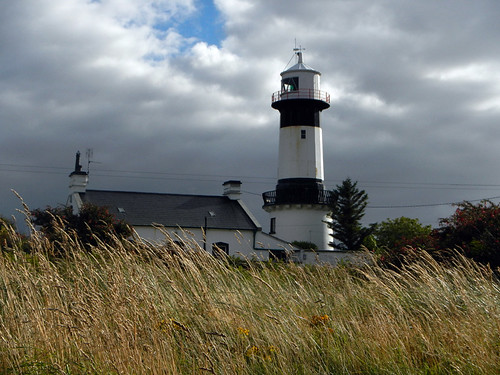 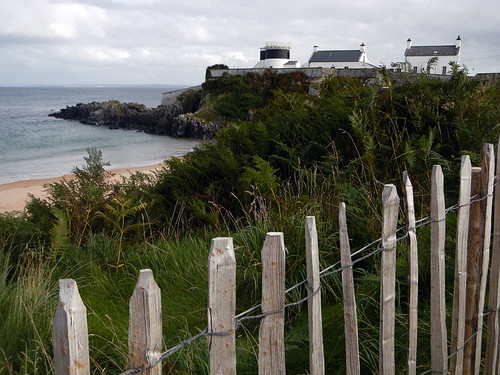 It took awhile to find the lighthouse and by the time we had driven back to Moville, the nearest decent-sized town, it was getting late. It was at this point we ran into problems with the SIM card. 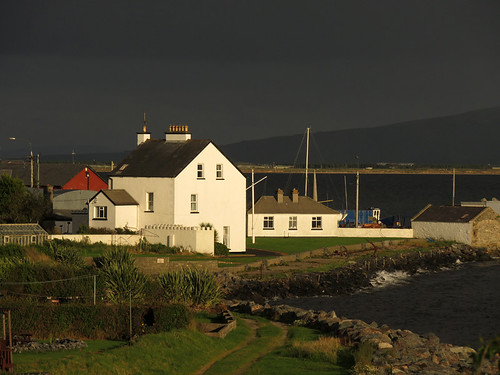 The card that had worked in Ireland, UK did NOT work in the Republic of Ireland. Al switched back to the old SIM card (once he found it) and then frantically tried to get it to work, restarting the phone and other tricks. The side trip to Stroove had eaten up so much time that it was now rapidly edging to 5 o’clock when all potential info offices closed. That phone was our only hope! 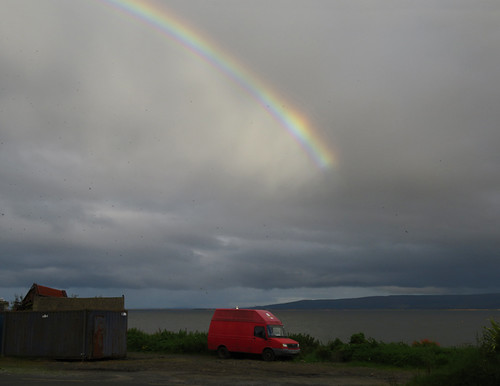 Until I did it the old-fashioned way and spotted a sign pointing to the the Admiralty House B&B. It turned out to be lovely and only 35€ per person, cheap compared to the £ prices in Ireland, UK. 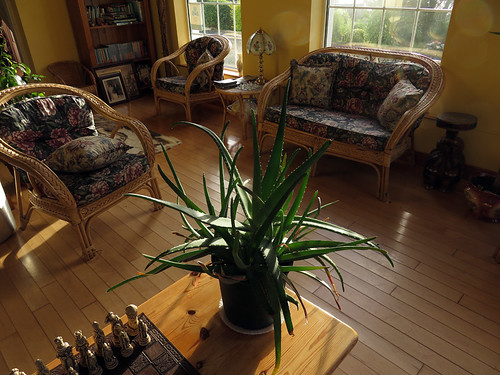 Now we were hungry. Referring to our stop at Bushmill’s in the morning Al mentioned that he’d had nothing but whiskey for lunch. “Well, that doesn’t sound too bad then,” our host Patrick commented, and then recommended Rosato’s for dinner, a funky pub-like place.

Here are the beer taps at Rosato’s. Even though it was a ‘Guinness’ bar it had Franciscan Well Weisse and that was fabulous, a classic wheat beer, very clean, and no off tastes. 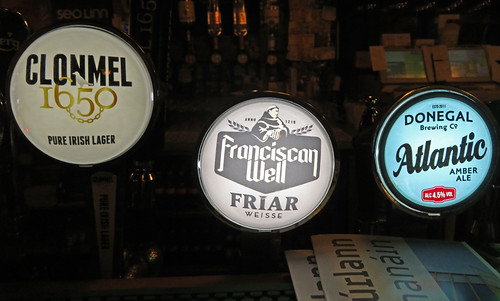 Al has a couple of the local Kinnegar beers, all excellent. We split a pizza; everything else on the menu seemed too big or too small.

It was busy in there; the waitress told us that every other Wednesday a small tour bus disgorged 16 tourists into the pub and they all ran around saying how cute it was. This was the last Wednesday of the season; there would be no more tourists running around until next spring.

Patrick served up a HUGE breakfast – squares of French toast, a triangle of potato pancake, a round onion pancake and another round sausage pancake plus three sausages, gammon, an egg and fried tomatoes. I overdid it by grabbing a scone as well; didn’t have any room for the prunes.

“What do you do with all the leftovers?” I asked and Patrick said he had a very fat dog. Then he laughed and said that he really only had a cat and the cat was a fussy eater, preferring only the sausage and the ham, if trimmed. In the winter it prefers cat food. 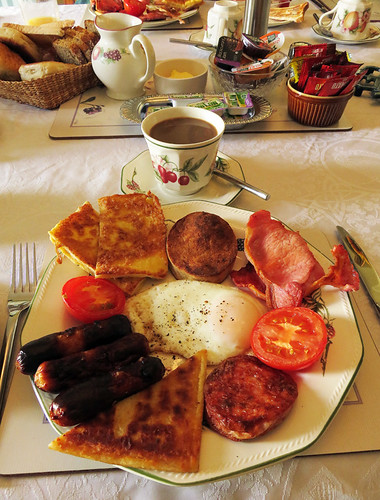 Outside there were Cape Fuchsias growing in abundance, attesting to the mild winters in this part of Ireland. 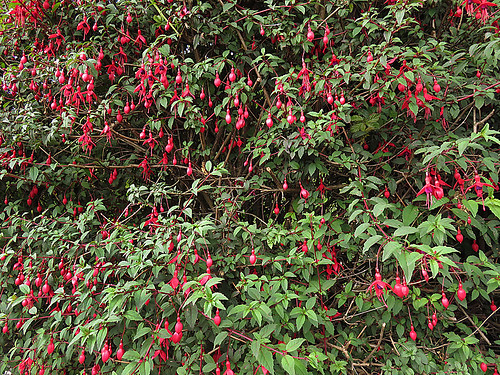 An intriguing seed pod in a tree, something I’ve never seen before! 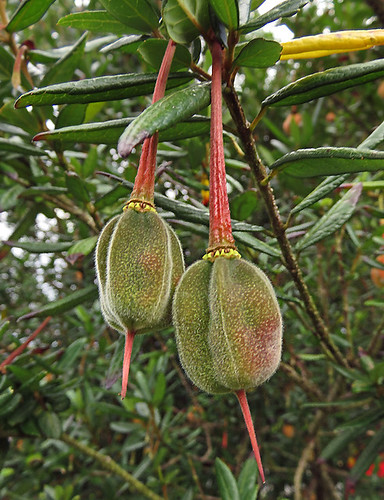 Annotated map of the Inishowen Peninsula’s ‘Wild Atlantic Way’ route on a placemat.

From here we headed off to Malin Head, the northernmost point in Ireland, and then drove around the Inishowen Peninsula following the Wild Atlantic Way until we came to Milford where we had booked a hotel for the night.