We spent the day in County Cork driving from Skibbereen around to fishing villages of Baltimore and Union Hall, and then onto Kinsale via the Drombeg Stone Circle and the Timoleague Friary Ruins.

Drombeg is a site containing a stone circle dating from 1100 to 800 BC (late Bronze Age) in which are the cremated remains of a youth.

A description of the site.

Surrounding the site are rolling hills and cows. 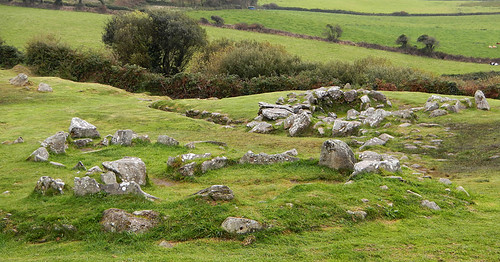 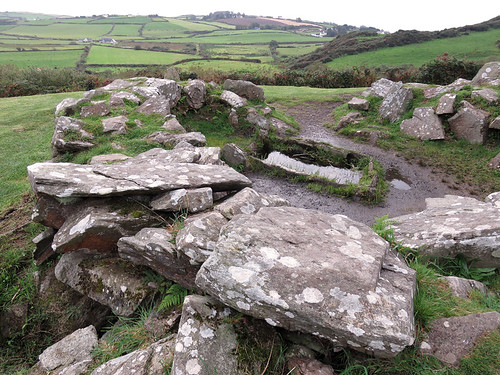 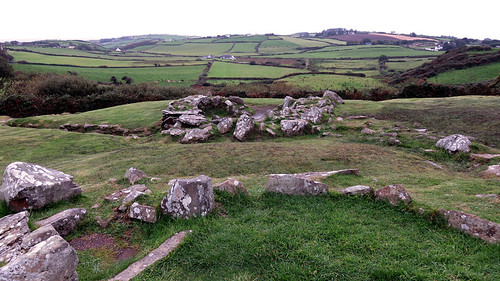 The remains of an ancient cooking site, containing a well (the dark circle) and a trough full of water which would be heated by hot stones and used to cook meat.

The farmers in the British Isles must go wild about all the people that go tramping through their properties. In Ireland it appears that they are allowed to prohibit people, and they do!

Drombeg Stone Circle is at the far right on bottom, after our stops at the fishing villages of Baltimore and Union Hall and a batch of beaches including the spectacular Galley Head.

My artsy edit for this post; the stone circle in Stackables. 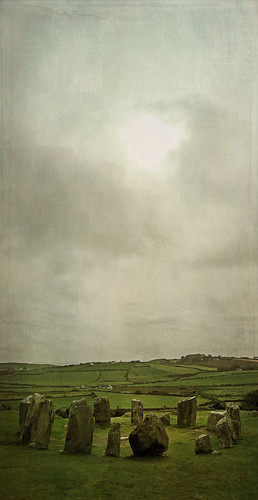 7 responses to “A Bronze Age Stone Circle in Drombeg, Ireland”