This day we followed the Wild Atlantic Way (WAW) route along a batch of beaches on the northwest coast of Ireland: Maghery, Portnoe, Ardara, Malin Beg and into Slieve League… 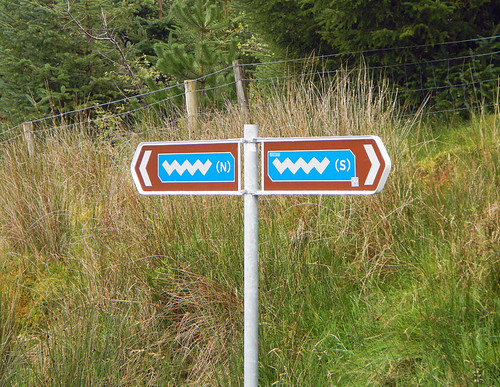 Our WAW app first led us to Maghery beach where we ended up admiring the ponies. 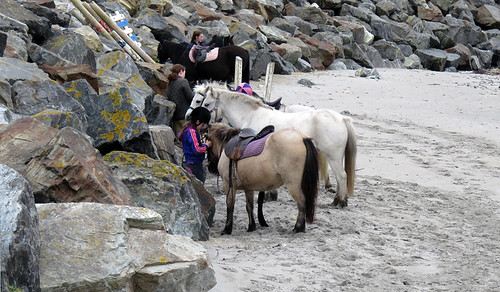 A long sandy beach and a long walk. 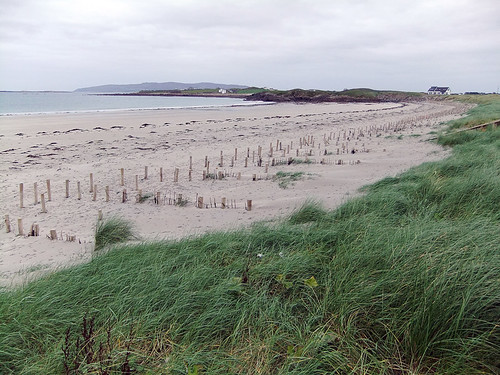 The next stop, listed in my journal as the ‘Beach after Maghery Beach’, was less of a beach, more of a rocky, seaweed-clad inlet with photogenic boats. 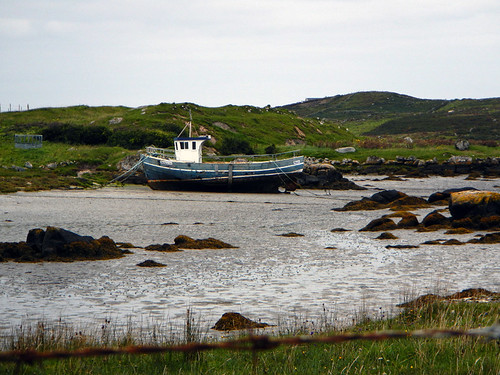 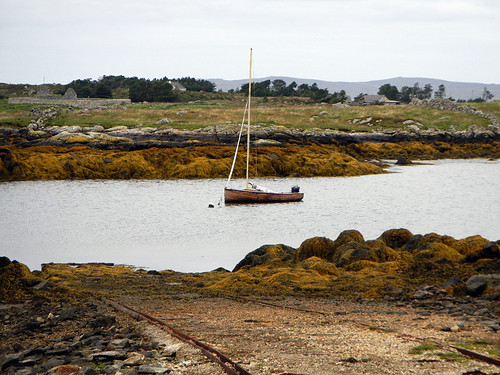 In Portnoe we chatted with a couple who were amazed that we had been to Maghery Beach. “How do you tourists find these places? Even the Irish don’t know about them!” 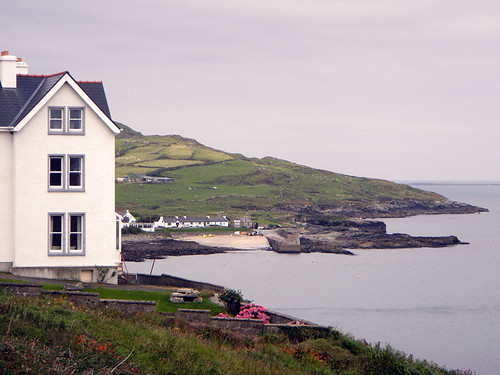 “When the tide’s out you can walk across to the church – there’s an ancient graveyard with Celtic crosses.” They pointed out a sandy causeway to the island just offshore, saying we could make it to the island if we hurried. 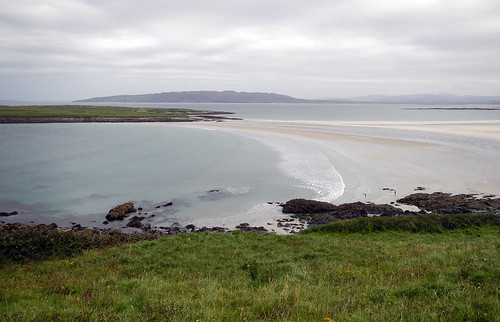 Next along was Ardara Beach with its Lobster Pod. 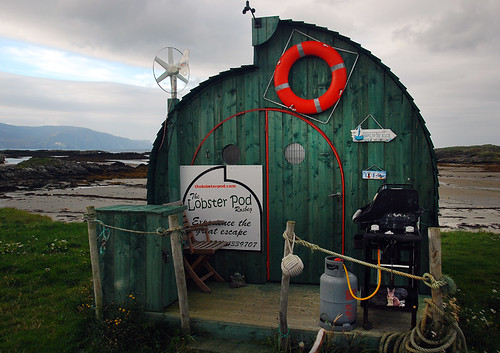 This time I caught the patch of blue sky! 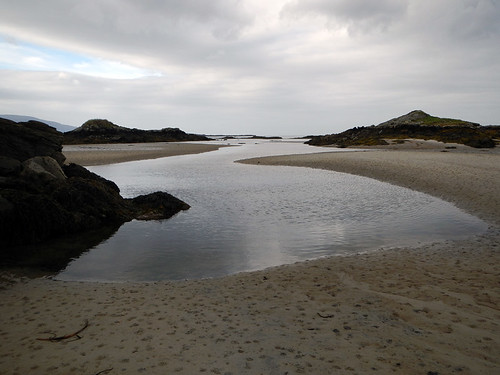 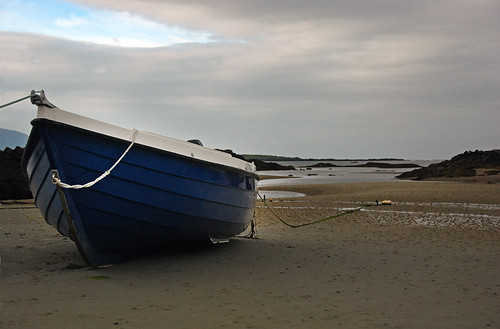 It was another magical Irish beach. 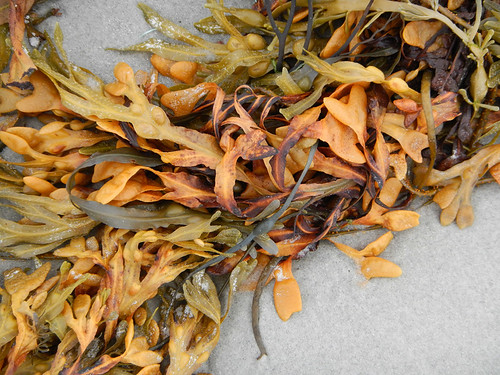 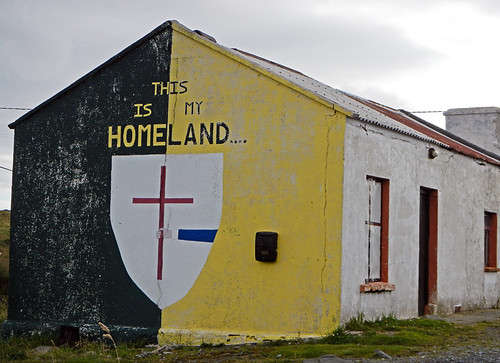 From there it was off to Malin Beg Beach. 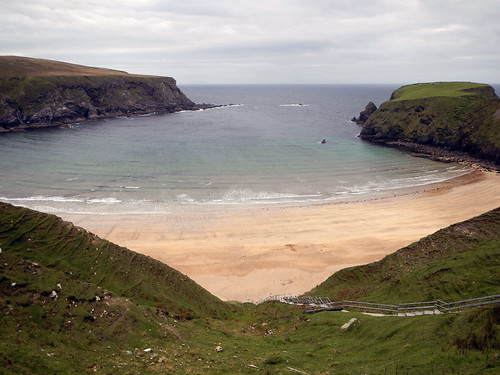 It was windy enough that one could lean into the wind and not fall over. 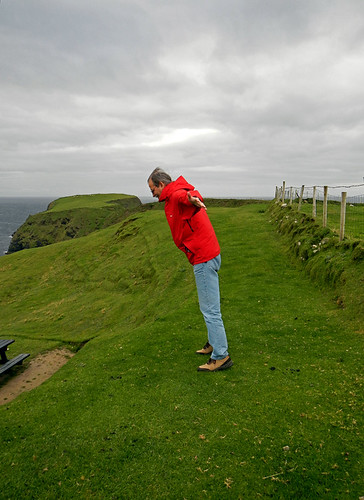 And finally we drove on to the Slieve League where the roads weren’t nearly as bad as advertised – in fact it appeared that even an overloaded tour bus could get up them, and many did!!!

Our placemat map of County Donegal with the Wild Atlantic Way marked with a thick blue line.