Oh, a flag,” my cousin says as she skypes me views around her house, “We’re very proud of our flag – you’ll see it everywhere.”

That is so true. In Copenhagen, Denmark the red and white Danish flags are everywhere. 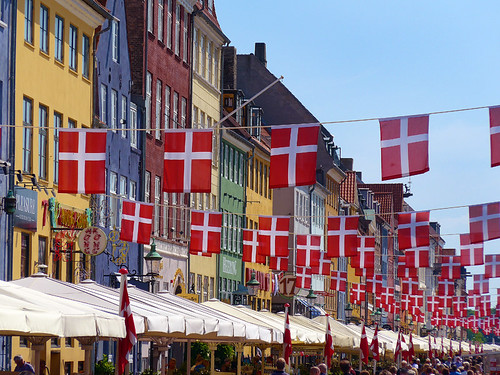 These ladies were celebrating the 50th birthday of the Crown Prince, all of them waving red Danish flags and wearing crowns upon their heads. 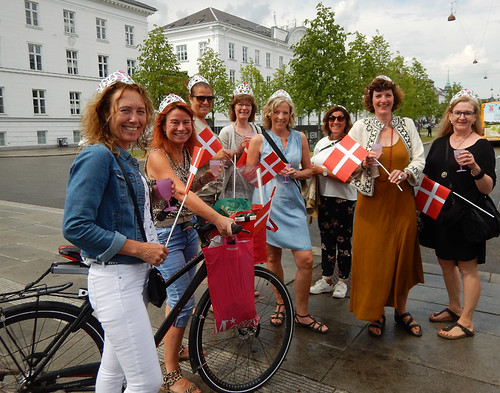 A huge Danish flag was hanging between two pillars outside of Frederik’s Church. 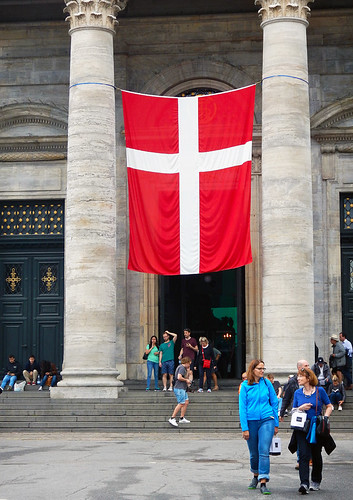 Out to Skagen in the north of Denmark and a view of a Danish flag and the beach from the local lighthouse. 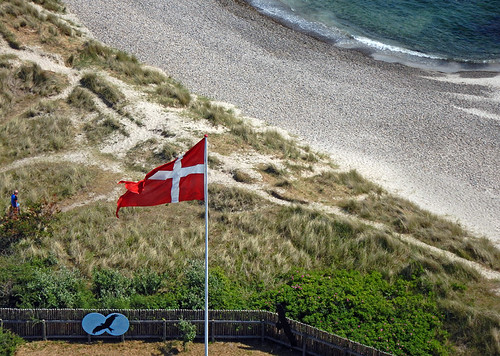 The Maritime variant of the Danish flag in the form of a swallowtail pennant with the Royal Standard. We found this in the Frigate Jylland Museum in Ebeltoft. 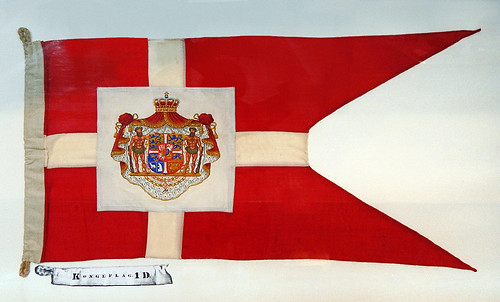 Detail of the unusual monarch’s coat of arms on the pennant. I am intrigued by the leafy attire worn by the ‘two wild men’ on either side of the shield. 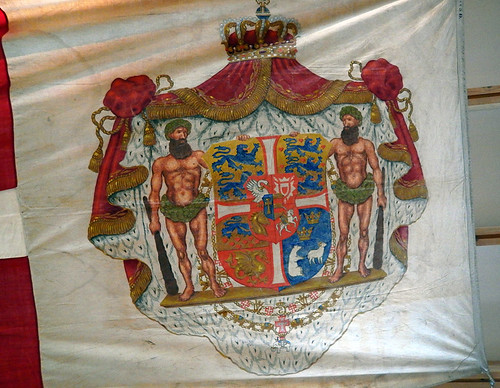 Info from Wikipedia: The Danish flag features a white Scandinavian cross on a red background, originated in the 12th century Crusades, and holds the record for being the world’s oldest continually-used national flag.