It was late afternoon when we made our way up to the fort on top of the hill. 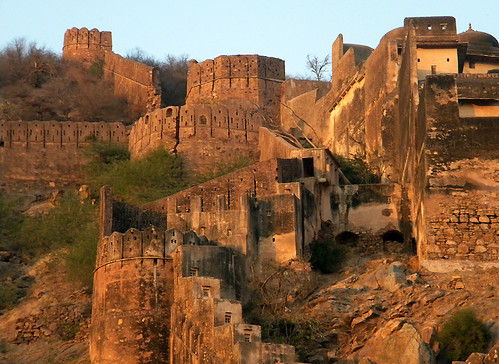 A guide hanging around told us that the fort was closed for the evening but pointed out that we could still explore the courtyard and outer buildings. 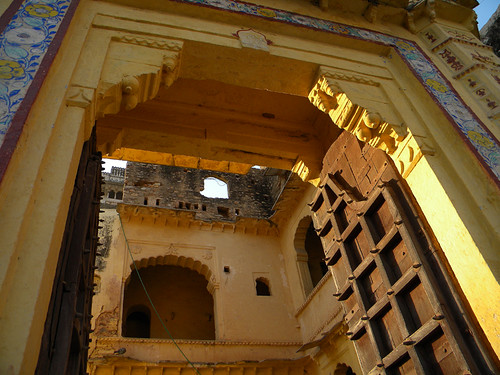 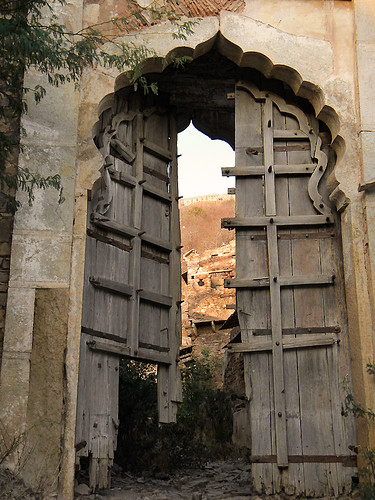 Stairs up to a cross-shaped window. 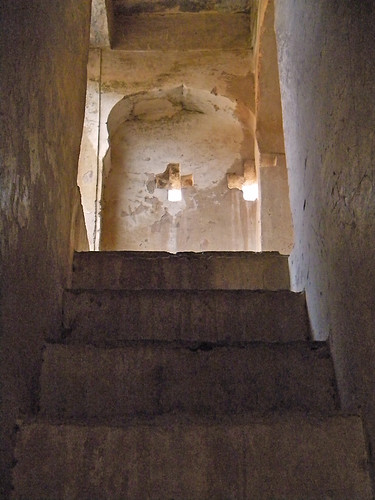 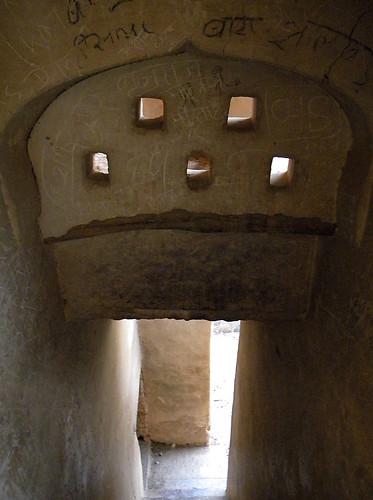 Looking out through the ruined walls at the ramparts. 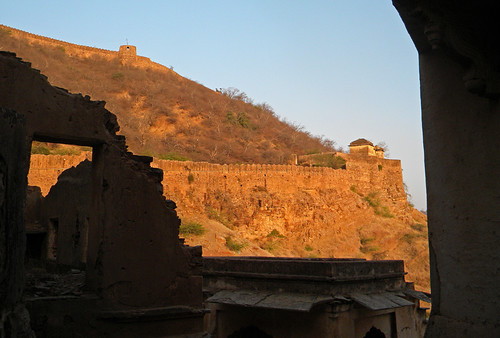 I suspect that this Indian muscleman and the yellow plaster walls are not original to the fort. 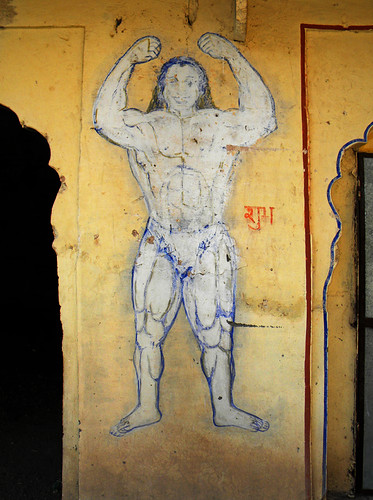 Al ventured  back out to the entrance and was confused by a sudden drizzle of water on his head.

The guide who had told us the Fort was closed was still there, and started laughing, shouting, “That monkey, he is peeing on you. You are in his territory.”  So it wasn’t water.

After this we decided it was time to leave. Al wanted a shower.

The lower part of the Palace looking spectacular in the evening light. 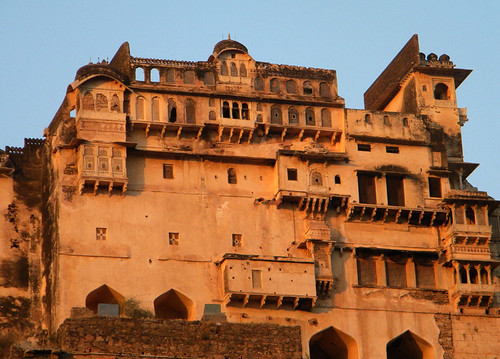 The way down was very steep and the stones on the road rounded and slippery. My shoes had absolutely no grip and soon I had Al and an archeologist from the site on either side of me, helping me to make it down the hill without killing myself.

“I am learning how to walk,” I called out to some confused bystanders.

The next day we returned and the same guide was still there – he promised to take us around, and more importantly, to protect us against the monkeys!

We hired him as a guide with not that great bargaining skills on our part: 120R plus 30 extra if he was good.

He set quite a pace and it was all up, up, up. I was puffing and sweating all the way, and had to make frequent stops to catch my breath, much to our guide’s alarm, “You are feeling all right madame?” and then he noted, “The ladies of then did not have to struggle up the hill; they were carried in palanquins.”

Most of the fort is in ruins, the paintings heavily scratched or removed. 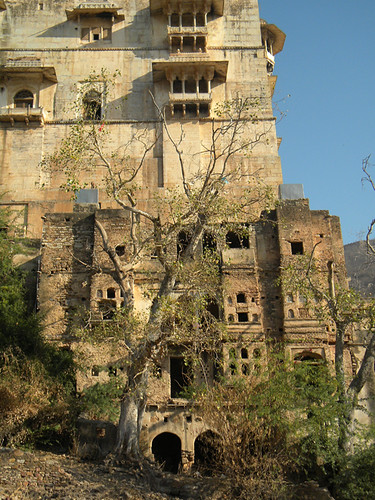 “But imagine the maharaja riding up on his elephant (or perhaps a black steed); the 64 women in the harem throwing rose petals down on him from above; the maharani in her palace regarding all this with disapproval…”

There were deep stepped wells for swimming, men’s and women’s, and a rope hung from a tree for swinging from. 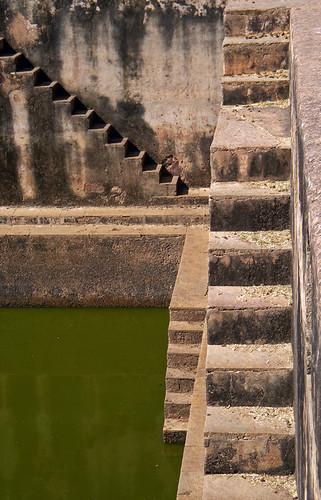 The monkeys were not nearly as ferocious as we had been led to believe. Although these were probably females and less prone to peeing on tourists. 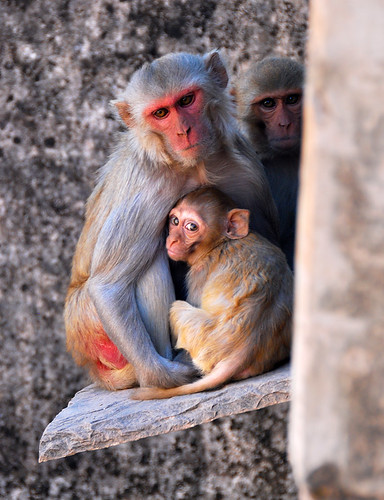 Actually the monkeys were quite photogenic. 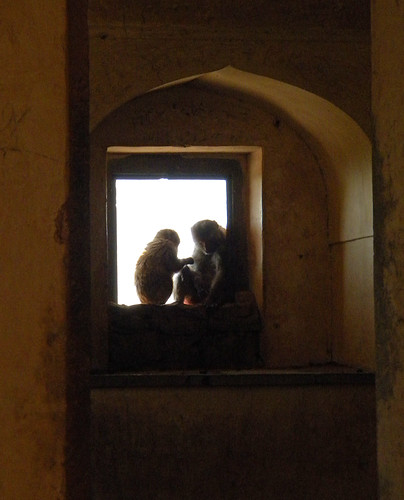 Our guide left us to wander the top ramparts alone. From there we looked down on the palace and the green artificial lake of the city and then we meandered down to check out the Palace.