The standard array of lanterns on every shop and restaurant in Hoi An, which I have dubbed Vietnam’s city of lanterns.

Hoi An cafe on the river at night. 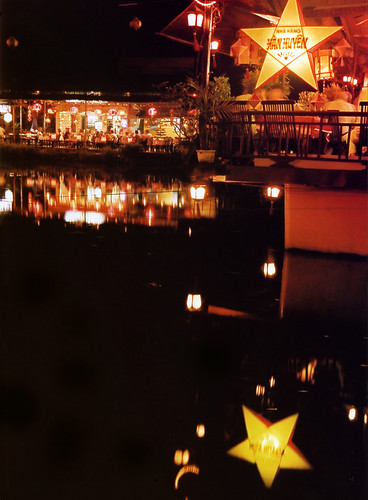 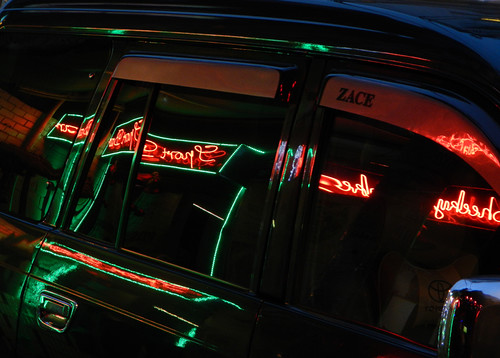 Ever seen photos of Thailand’s Loi Krathong festival, with thousands of lanterns floating up in the air or down the river? Well, one November I was in Bangkok and got a chance to experience the real thing, um, almost!

Me watching the lanterns at Bangkok’s Loi Krathong festival, sort of…

Decorated and lit-up boats motor down the river Chao Praya during the Loi Krathong festival.

Bangkok is pretty lit up at nighttime on regular days as well as this neon sign in Bangkok’s Chinatown shows. 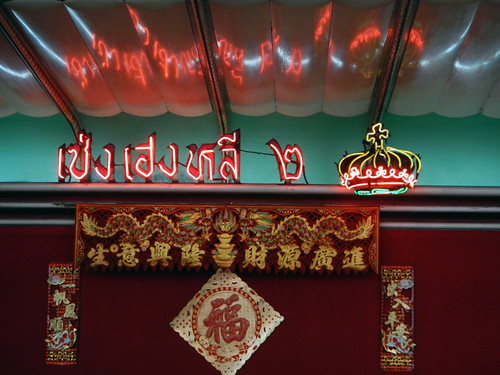 Blue lights brighten up the pillars of a small temple containing a goddess in Bangkok, Thailand 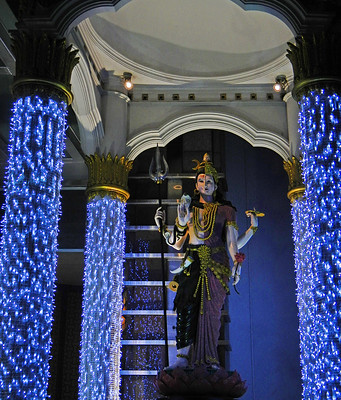 Outside of Bangkok though, things tend to be more discrete, with lanterns lighting up a Koh Lanta evening. 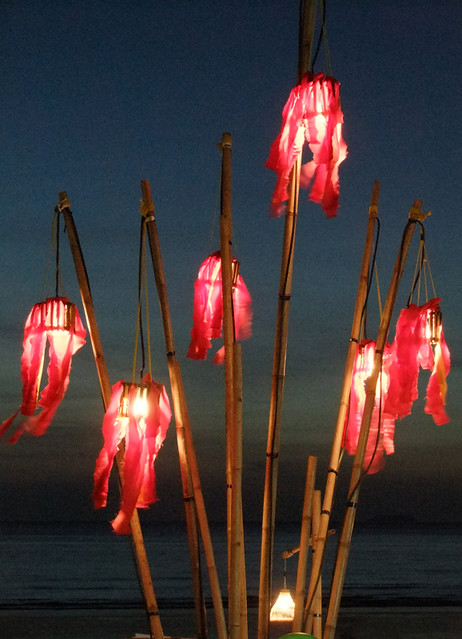 Cambodia isn’t as rich as Thailand so they save up the spectacular lighting for special events such as lit-up barges floating down the river during the River Festival in Phnom Penh. 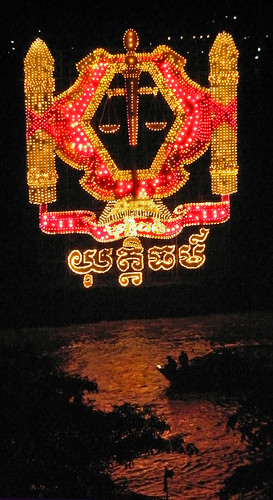 This barge features construction of a multi-headed sea dragon/serpent, a creature called a Naga that is prevalent in North-east Thailand (Issan), Laos and Cambodia. 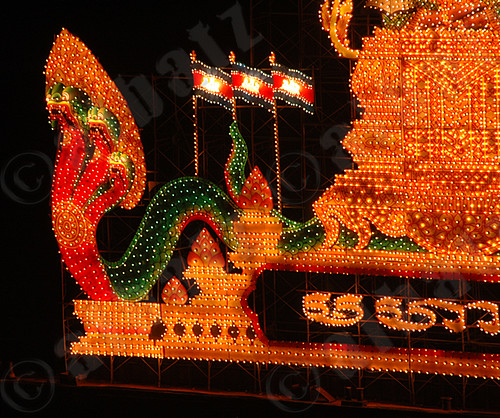 A bonfire in the street during the night before Holi in Jaipur, India. 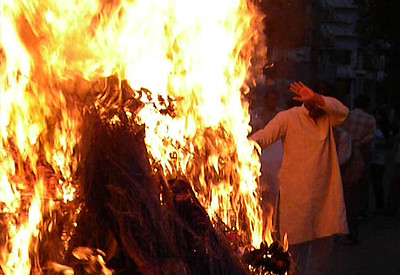 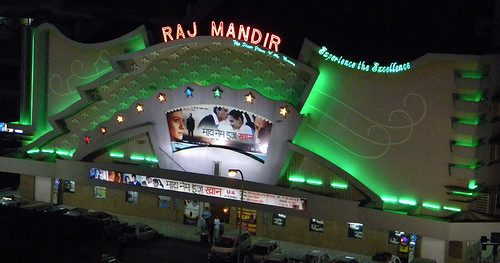 Night lights shine on a market in Jaisalmer, India. 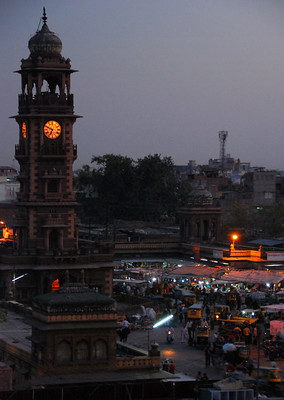 Malaysia is lit up in most cities, even smaller ones like Melaka (Malacca). 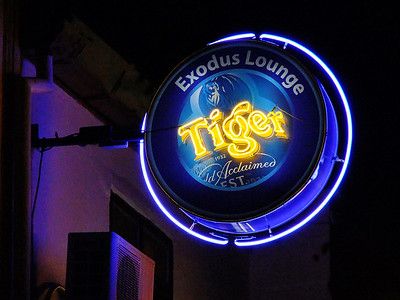 Melaka is known for its decorated rickshaws which are even more impressive at night! 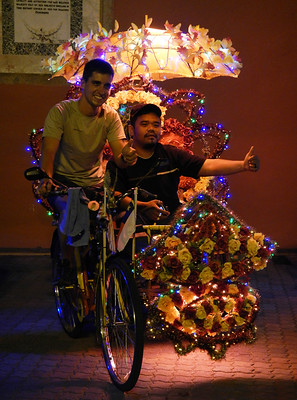 The night market in Melaka. 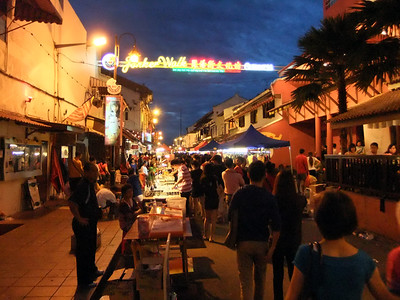 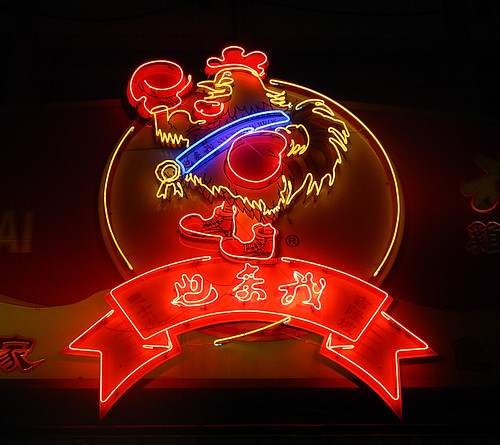 Neon lights up an outdoor ‘Hawker Cafe’ in the Red Garden in Penang, Malaysia. 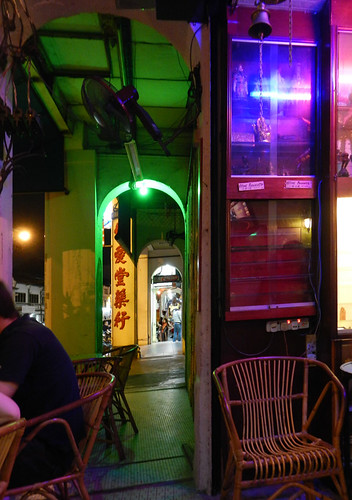 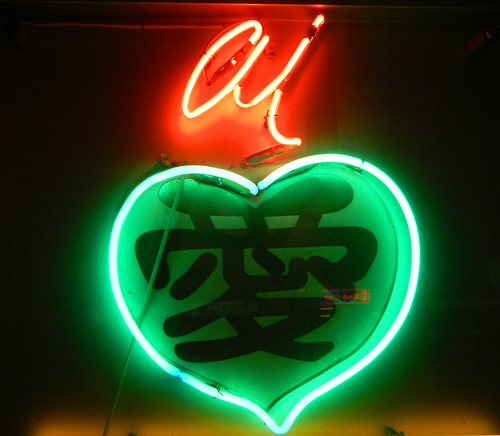 Twin Pines hotel in the Cameron Highlands of Malaysia. 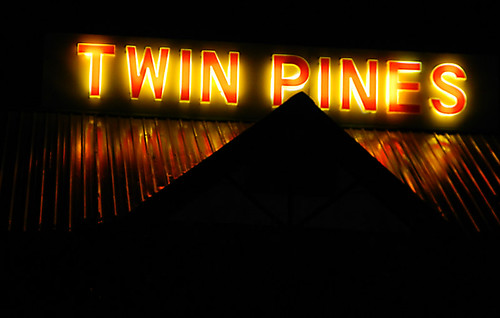 Another poorer country, about the only thing lit up at night in Myanmar’s main city of Yangon is the Shwedagon Buddhist temple. 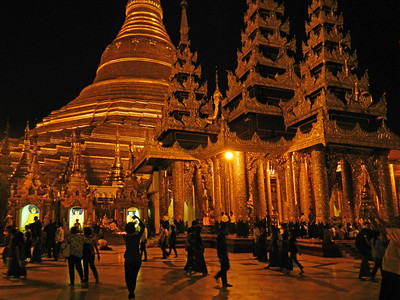 Despite the poverty the temple is completely covered with gold leaf. 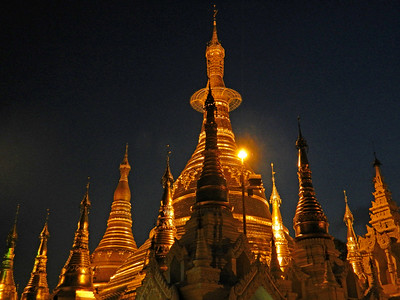 Neon-lit Buddha in a Pagoda in Mandalay, Myanmar. 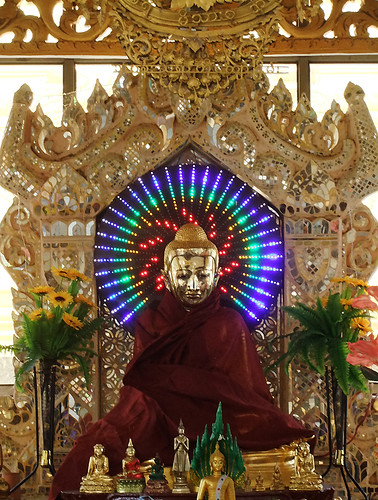 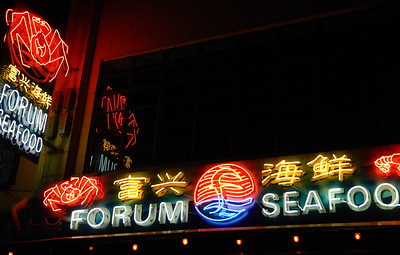 Singapore harbour at night with the ‘boat’ highrise and the ‘Lotus’ museum in front. 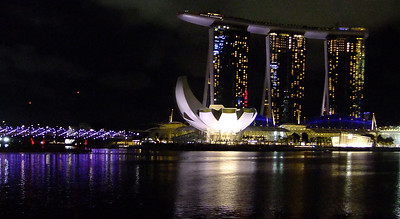