Our first day in Zihuatanejo was about discovering all the changes in the town 20 years later.

The next morning we headed down to the beach and the new malecón again, noting that some of the best beach spots had been staked out by entrepreneurs offering tables, chairs and beach umbrellas for rent.

For breakfast we tried out La Terracita, with trees growing up through the floors. 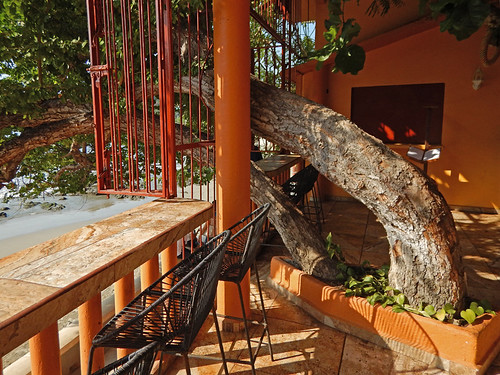 I sampled their ‘café de olla’, coffee boiled in a pot with cinnamon, orange peel and way too much sugar. Because of the sugar content I opted for regular café and a ‘vampiro’, a mix of beet, carrot and orange juice. 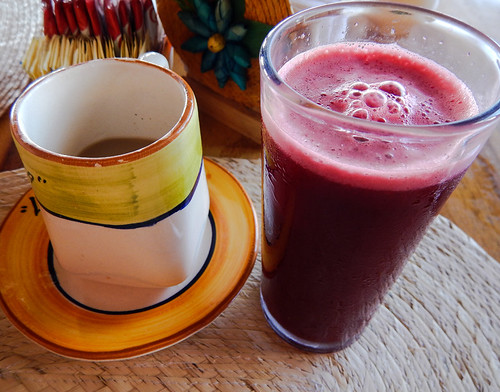 Al had scrambled eggs with bacon with sides of queso fresco, rajas de nopales, papas and a tomato. 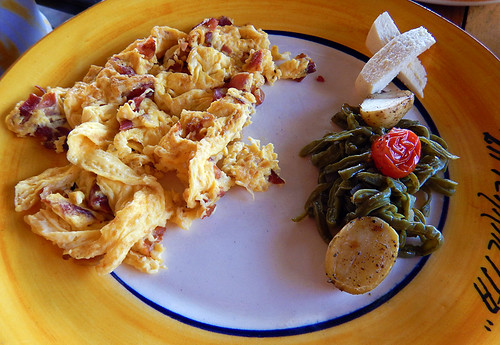 I had French toast with walnuts, apple, raisins and one strawberry that I cut into five pieces and each piece gave a full strawberry’s worth of flavour. 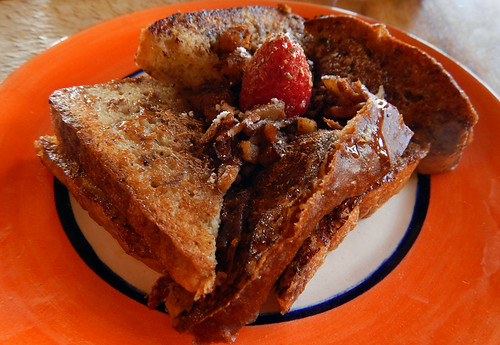 After breakfast we hung out at one of the cafes on the Playa Principal and swam, ate, drank and admired the going ons. The rock formations in the vicinity were gorgeous. 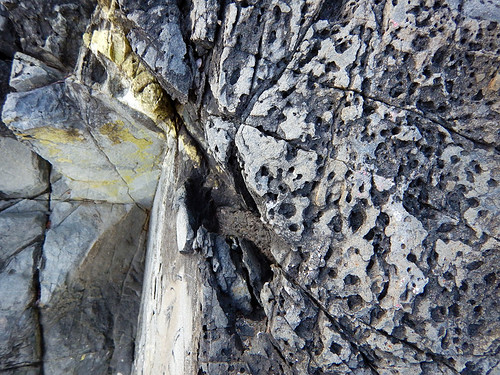 I started to draw them but  a smoker showed up at the next table and we had to move to a different cafe.

Right near us an ‘ambulante’ ice cream vendor set up.

Two boys sharing an ice cream cone on the beach. 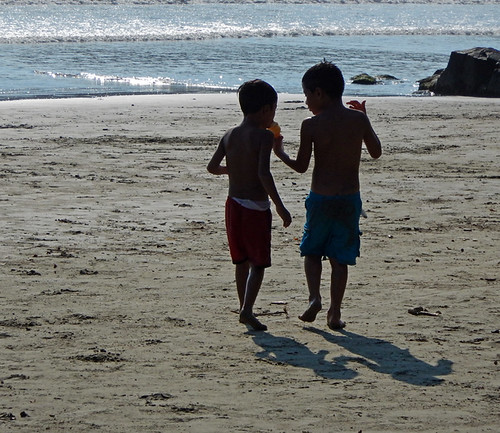 Here is the oysterman with ostiones, oysters! 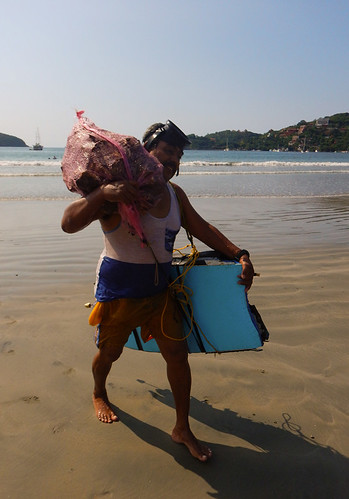 Lunch was shrimp-stuffed avocado for Al. There was a lot of mayo there and I’m always leery of eating mayo in hot climates but Al survived without any incidents. I played it safe with tortilla soup. 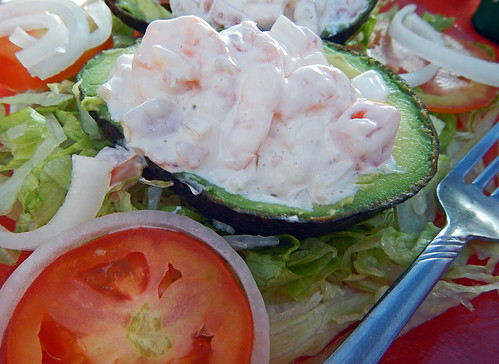 We also got to test Cerveza Indio. Loved the label, wasn’t crazy about the beer. 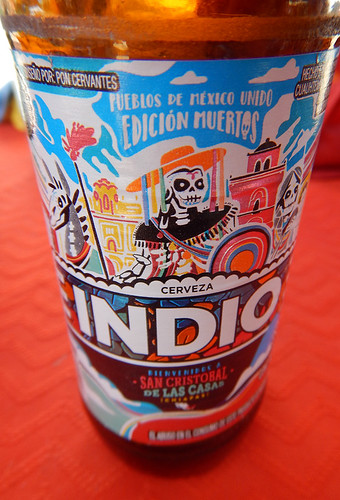 Later, after a shower, we headed back into the town to explore the ‘new’ Zihuatanejo. We did spot a Tacos Pastor place in the town.

But Al was dying for another delicious IPA so we went back to the same café as the previous night and had pizza and beer, not at all my idea of appropriate food in Mexico! After that it was a long walk home, all along the beach but it was a beautiful night. 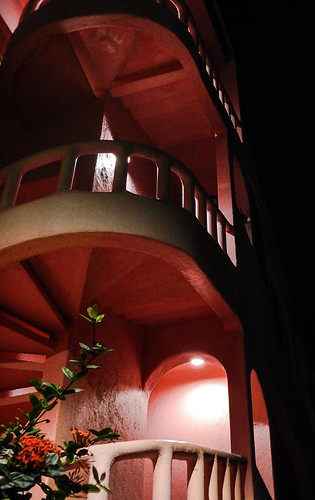 Google Map of Zihuatanejo and its beaches. 20 years earlier we had stayed near the Muelle Zihuatanejo, the town pier. This time we stayed near Playa La Madera, where we spent the next day, and the day after we went to Playa La Ropa, a long swath of sand which was totally new to us.