A collection of hats from around the world.

Regal lady in a red hat in the Chinese New Year Parade in Vancouver, Canada. 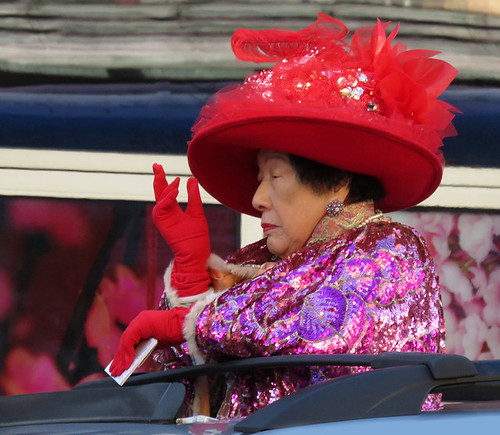 Also in Vancouver’s Chinatown, a chef takes a break. 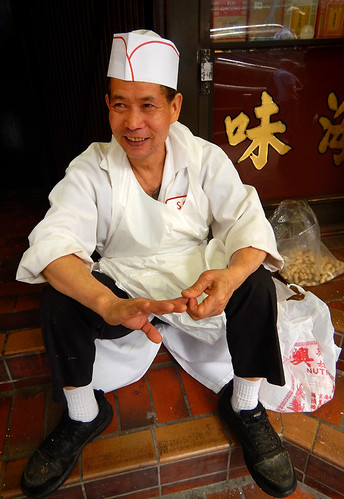 Chef Eric poses besides the Wooden Leg Soup, a very meaty dish from the Rhone Valley in France. The name of this soup derives from the traditional way of serving it, with a stripped veal shank bone standing upright in the soup tureen.

A little girl in a too big hat dances on the grass at the Jumieges Abbey Ruins in France. 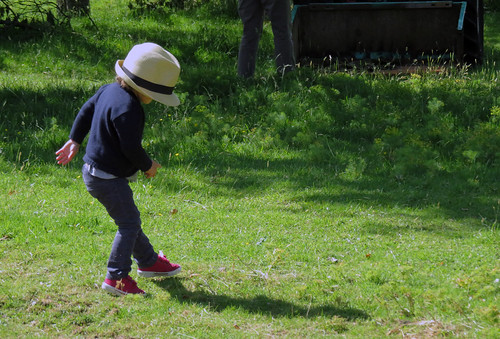 Straw hat on a stack of unusual red roof tiles in a temple in Bangkok, Thailand. 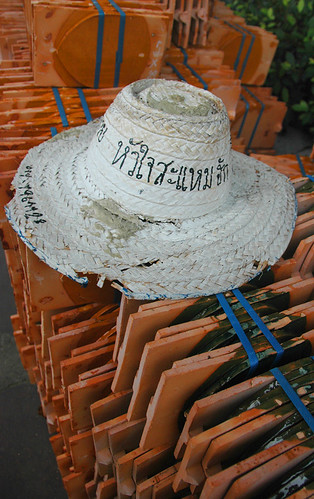 Cat in a hat store in Mancos, USA, with various molds and leather in the display. 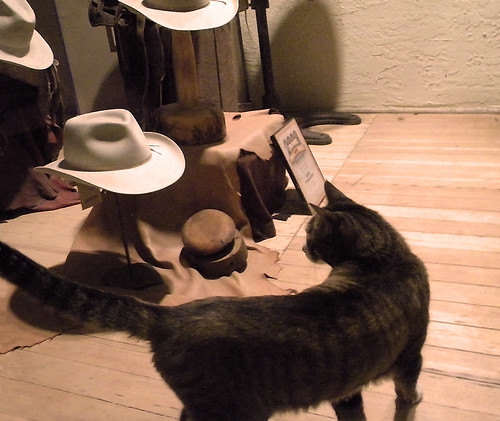 Window in the recreated shop of a hatmaker in Den Gamle By in Aarhus, Denmark. 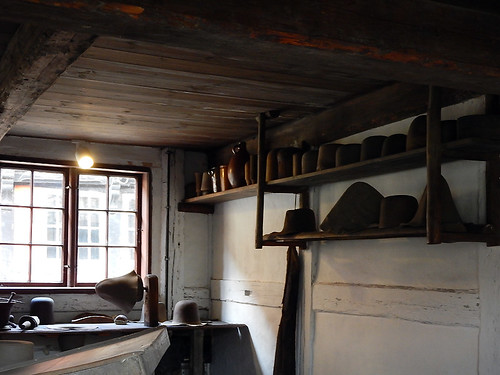 A wood sculpture of Alice in Wonderland’s Mad Hatter in Llandudno, Wales. The mercury that was used in the making of felt hats during the 19th century caused hatters neurological damage from the mercury poisoning, hence the phrase ‘mad as a hatter’. 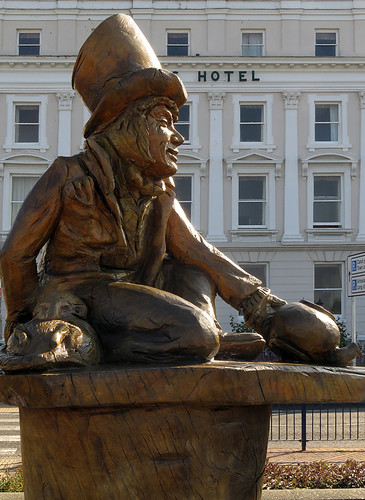 An elegant sombrero tops the traditional dress-up suit to wear when riding horses on parade in the ranching areas of the state of Jalisco, Mexico. 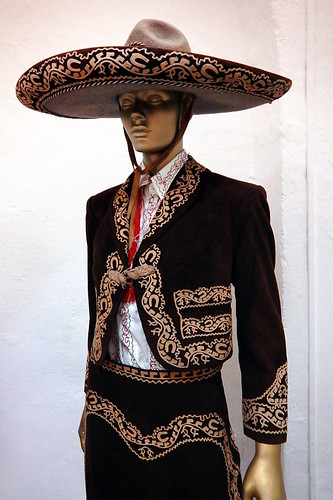 Another type of sombrero that is popular in Mexico are these woven straw cowboy hats in a hat shop in Puebla, Mexico. 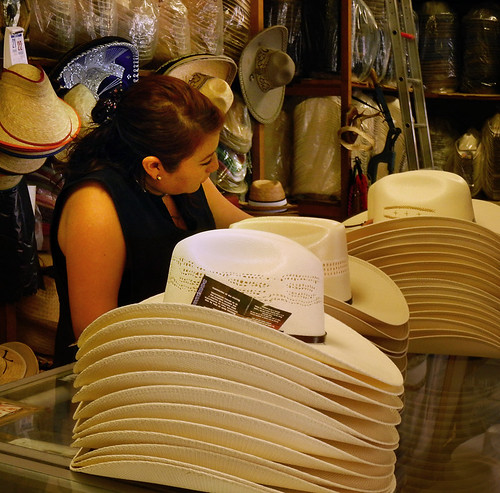 Wool caps for sale in the Mold Market, Wales. 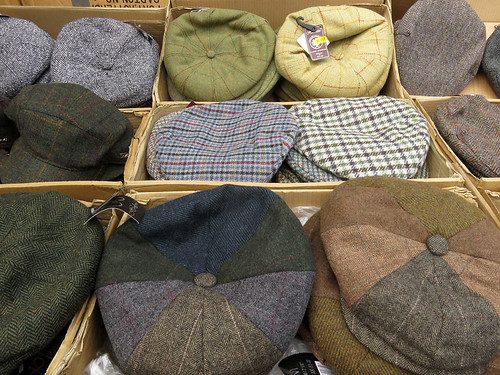 I suspect the above caps wouldn’t look as stylish as these berets on a couple of young gauchos in an estancia in the campos (countryside) of Argentina. 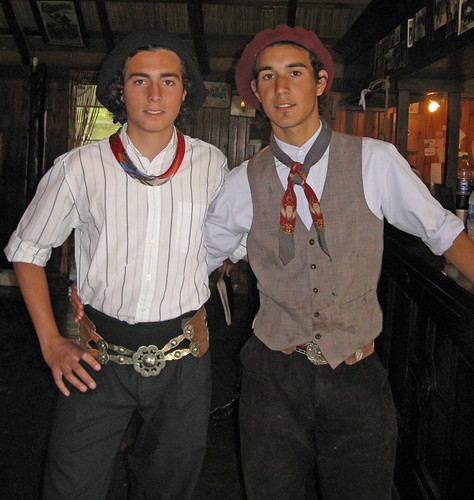 A woman in the market in Hue, wearing the traditional conical hat to keep the sun off her face (Vietnam).

An old man in Laos wearing a furry hat. 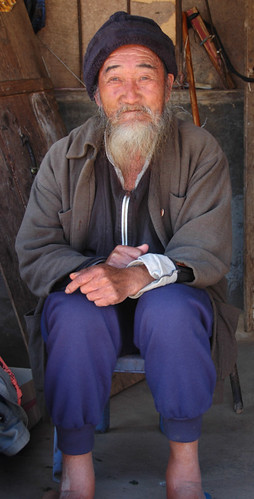 One response to “A Collection of Hats from Around the World”