Den Gamle By in Aarhus is a museum that contains several of historical ‘villages’ reconstructed from different time periods in Denmark.

Whenever old buildings are torn down somewhere in Denmark, the Danes will often rescue it and then painstakingly reconstruct it to be as historically correct as possible. I love these old buildings, which all look as if they have come out of one of Hans Christian Andersen’s fairy tales, something my Danish relatives made sure I had plenty of…

This particular village was originally designed as a Danish market town of 1864, but they have amassed such a large collection of older buildings that it is now titled ‘Life Before 1900s’. 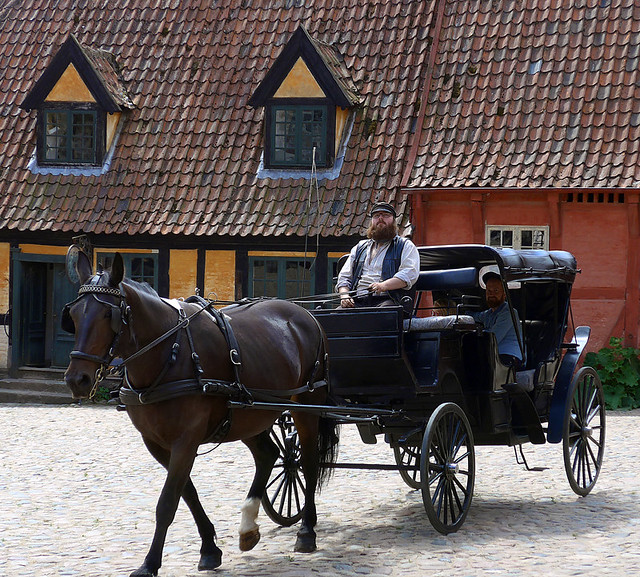 The buildings are mostly half-timbered style filled in with brick. 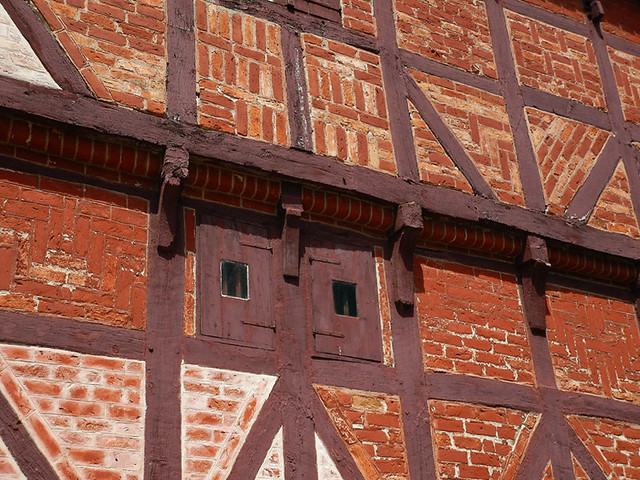 The brick is sometimes plastered and painted as in this old house with a knot garden and seating area next to it. 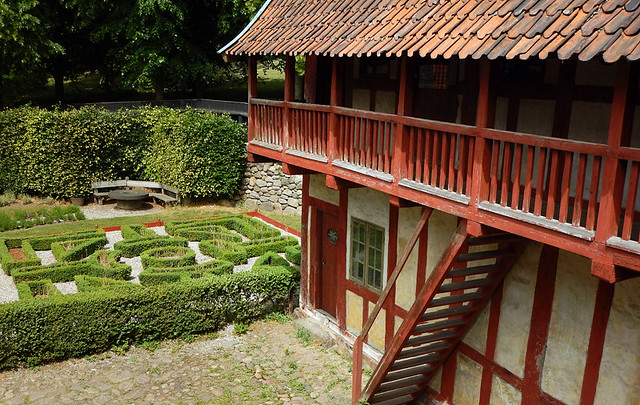 A grand house with a herb garden in front. 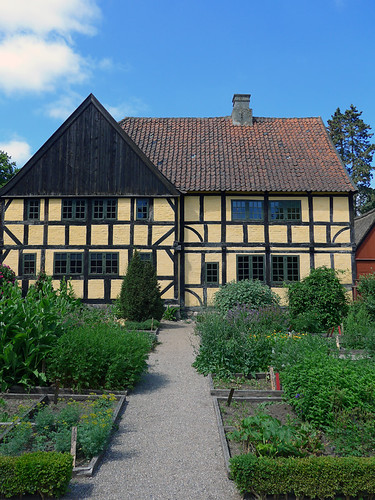 This is the courtyard of a large sprawling old farmhouse with an outdoor eating area, probably used by the farmworkers so they didn’t muddy up the house. 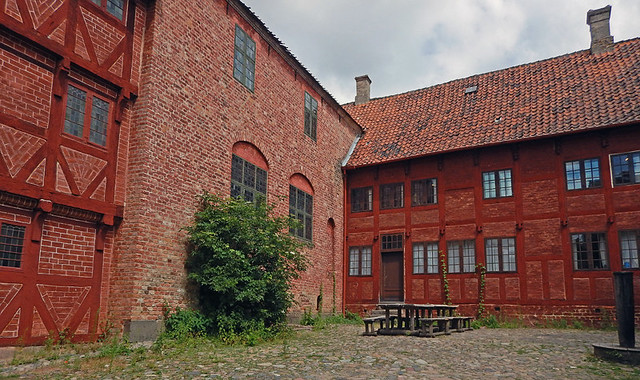 An elderberry plant up against a red brick wall. The plants are all chosen for their authenticity to the time period when they first appeared in Denmark. 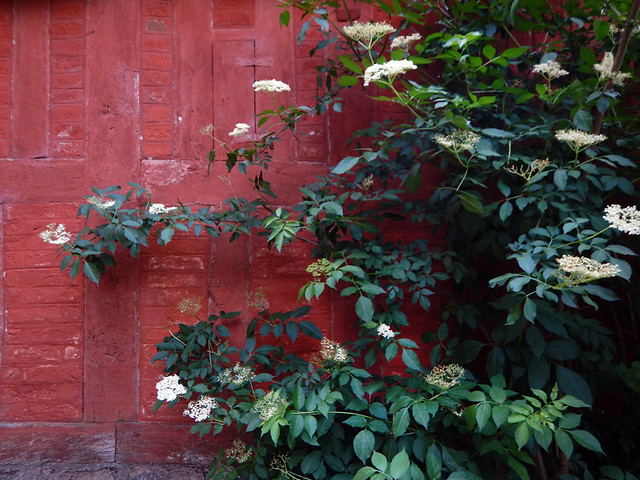 Much of the 1864 village fronts onto a canal. 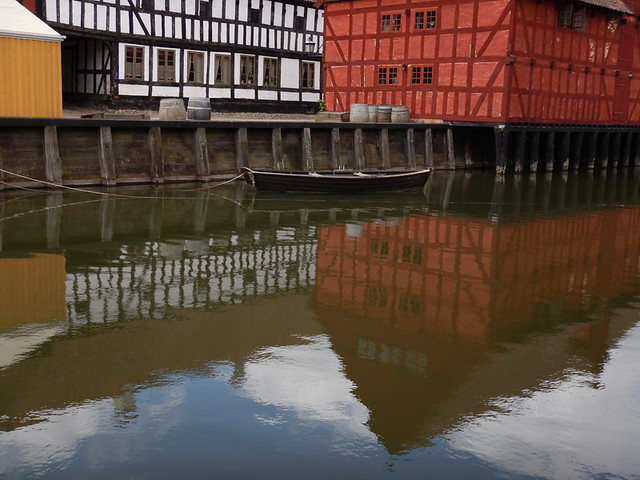 Old doors on a building. The buildings are painted with historically-correct coloured paints from that time period. 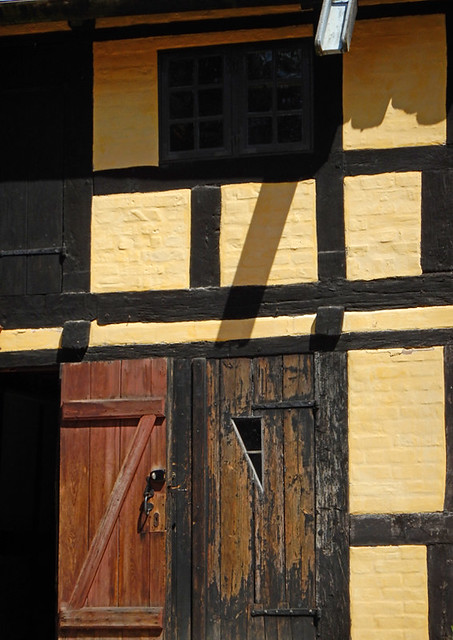 I should mention here that I went to a different open-air museum in Funen in 1965. It’s not all that far from Aarhus and had, even in 1965, a large collection of old buildings. I was thrilled and did a small drawing of every single building in the place with a rather tedious write-up of each. These are two of five pages in my journal devoted to the village: ‘then we went to number 12. It had beautiful furniture. Then we went to number 13 which is a shoe shop and had many wooden shoes in it….’

14 responses to “Old Buildings in Den Gamle By in Aarhus, Denmark”