Today’s route took us from Rouen to Le Havre and then up the Alabaster Coast.

Cap Fagnet, high above Fécamp on the Normandy Coast of France, offers a breathtaking panorama of the sea, the cliffs, the harbor and the city below. 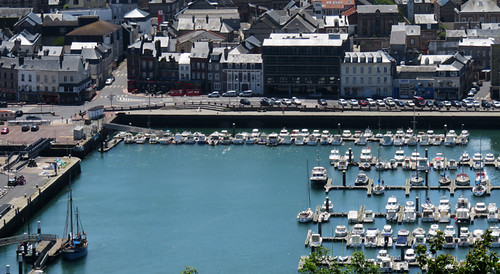 We didn’t stay long in the city itself – a terrific storm was whipping up the waves and salt spray was everywhere. 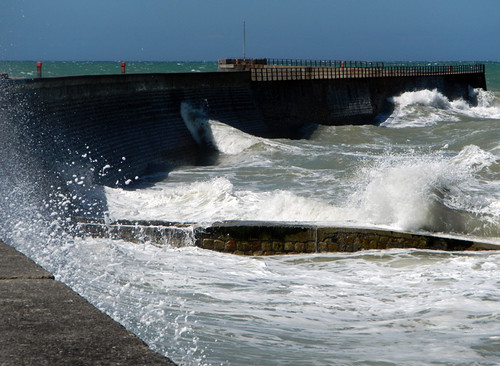 The Chapel of Our Lady of Hi, atop the ‘Cap’ was both a sailors’ chapel and a landmark to pray to when they passed by in their boats. 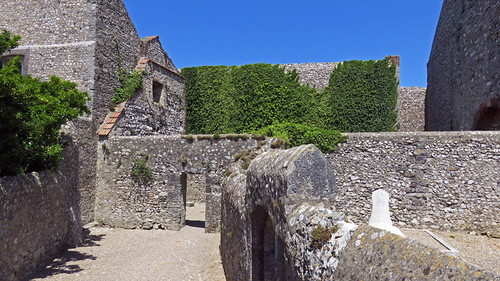 A skull found in the outside wall of the chapel. 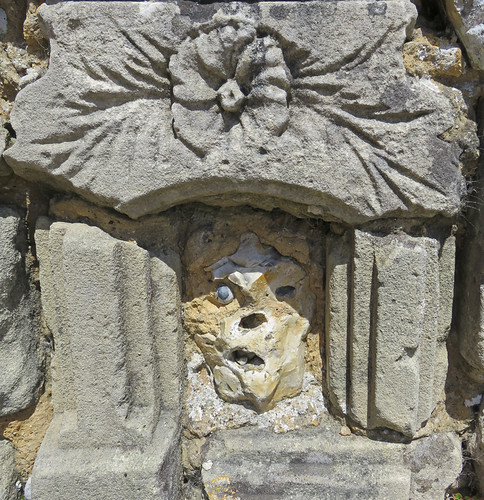 A bas-relief of a fish marks the sailors’ chapel at Cap Fagnet. 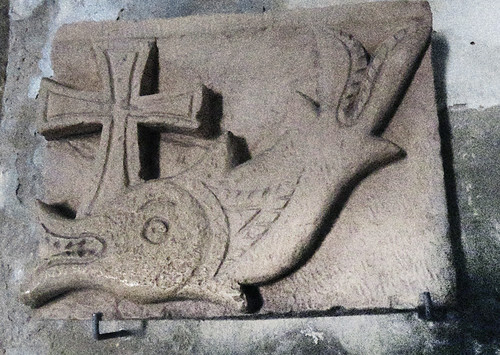 A stained glass window in the chapel. 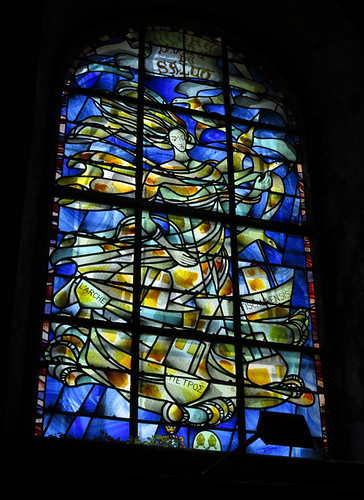 We walked aways to Cap Nona where we had a better view of the chapel and the golden statue atop its steeple.

On our walk we passed an old bunker from World War II, one of many along this coast. 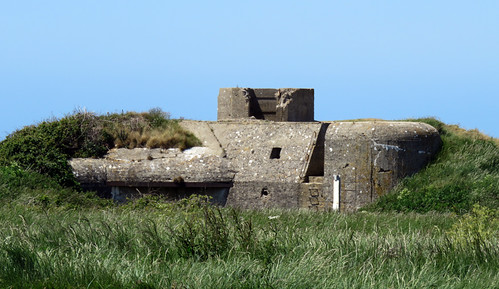 In the Middle Ages Cap Fagnet was pilgrimage stop for processions on their way to celebrate the ‘Day of the Annunciation’ at Notre-Dame de Mars. I’m not exactly sure where this is – a Google search shows up a potential cathedral near Rouen, but another possibility is a statue of Christ in Marseille (and for those so inclined, a Marseille bar with the same name).

A sign showing some of the walks from Cap Fagnet, many which go along the cliffs. 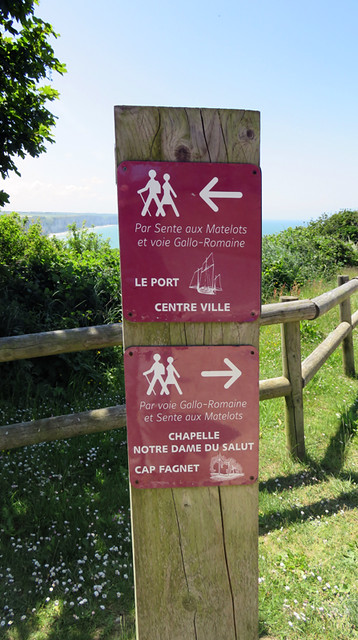 Our route for the day, starting in Rouen.