My studio mate and I were moaning about how much we miss travelling. 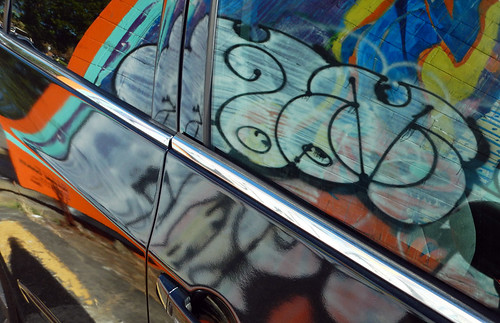 Then I told her about my project to go on photo walks around the murals of the city inspired by the Photo Challenge: Street Art. In fact, I had just come back from a photo walk in the Downtown Eastside of Vancouver.

Well, that’s like travelling to another country, for sure,” she commented.

Yes it is. Completely different from the Westside, the Eastside has electrifying graffiti; some of it takes my breath away. 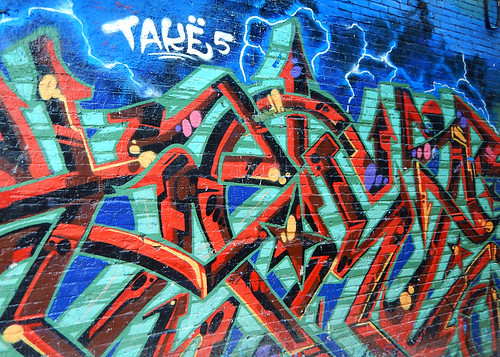 A rusted gate opened up against a colourful mural. 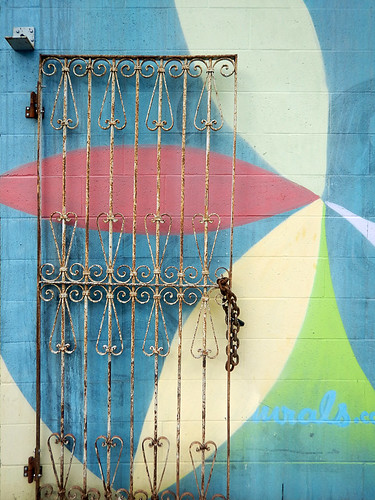 My first mural: A swarm of bees on the wall of a building. 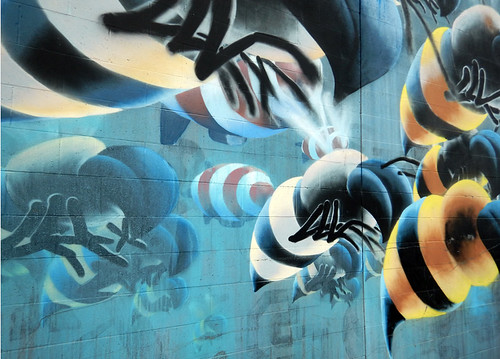 Not a mural, but a black wall with some sort of white machine ‘mouse’ accompanied by tires. (I have been corrected – it is not a machine mouse but a motorcycle engine, and the VMC stands for Vancouver Motorcycle Club which would make the tires motorcycle tires.) 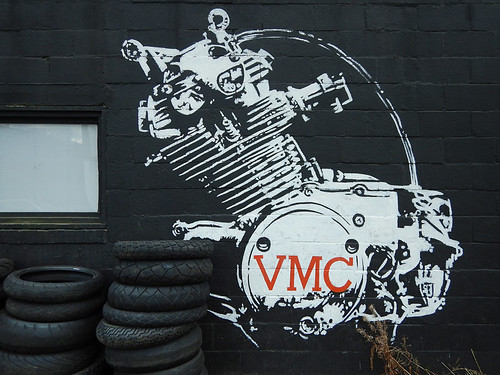 Bright mural of an exotic woman in a parking lot accompanied by small yellow fork lifts and orange traffic cones. Some of these larger murals I can’t even imagine how hard they would be to paint.

Geometric mural. This would be easier to paint but everything would have to be carefully taped, both beforehand and during the process, and that would take a huge amount of time… 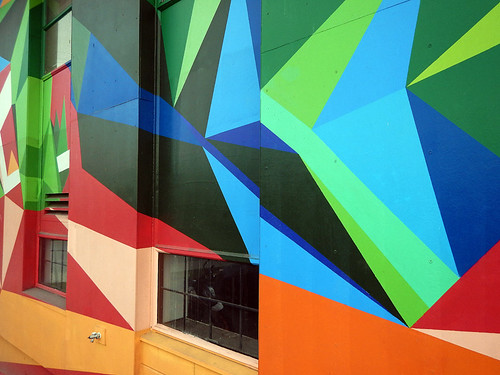 Another mural, the first that actually references the local landscape, a view of the mountains from the Eastside. 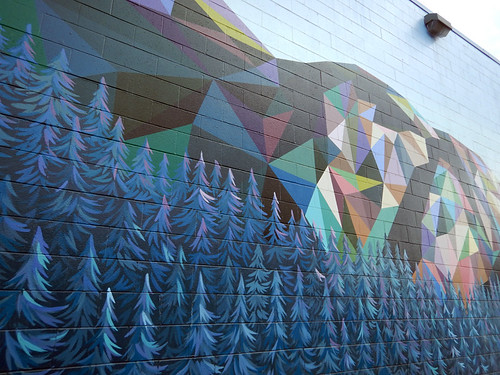 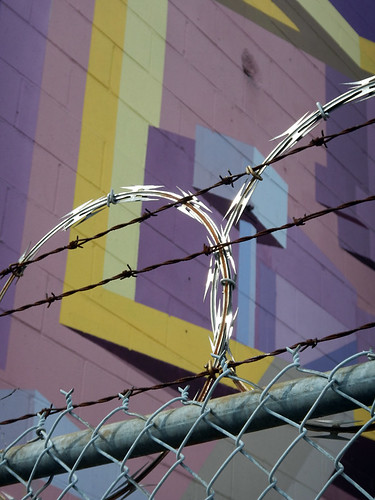 Rusted corrugated wall adorned with bramble thorns; not quite as impenetrable as razor wire but I wouldn’t want to try it- except maybe as a painting… 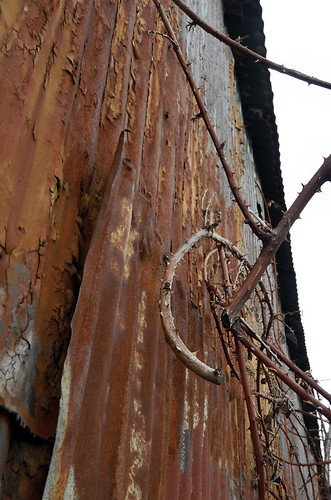 Now we’re back near my studio with graffiti ‘clouded over’ on a parked truck – looks like they ran out of paint trying to cover it up. 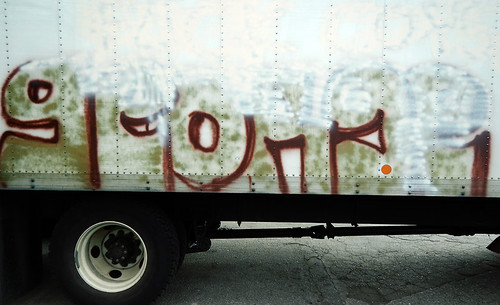 Another graffitied truck and building. 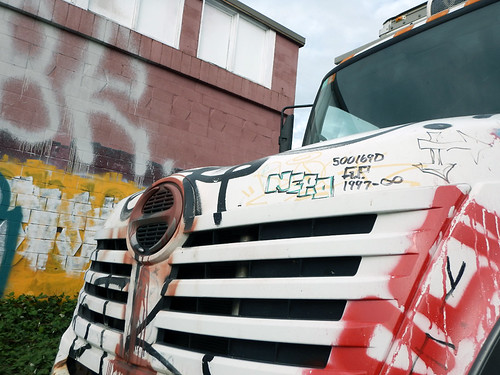 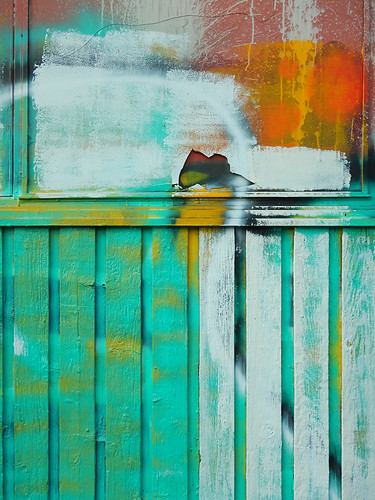