I just finished reading the novel Crush by Jennifer Margaret Fraser, described as a wine thriller.

I found it in the little free library on Granville Island near me, my go-to place when the libraries were closed for five months. I still like going there even now – the selection is small but I have found some unusually good books there, ones I would have never found in the library.

The story takes place in Okanogan wine country, down in Osoyoos near the US Border. There is a lot about wine, gourmet food, the surrounding desert and rattlesnakes.

So that’s what I’m doing now, in November 2020: reading books on my comfy couch, and thinking that this would be a good book to be reading if I was in Okanogan wine country.

The last time I was in Okanogan wine country was about ten months ago, in early February, 2020. We were further north, in West Kelowna, but there are a lot of vineyards to explore in the area.

We only stopped at one winery – we had planned that day to go to several – however we arrived at Mission Hill Winery and there was enough there to keep us amused for the afternoon.

The vineyards overlook Okanogan Lake and the grounds are full of sculptures, mostly featuring human figures. 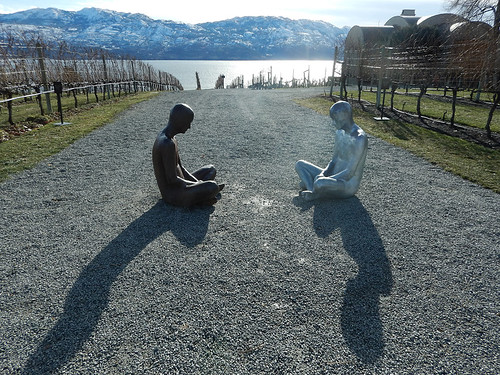 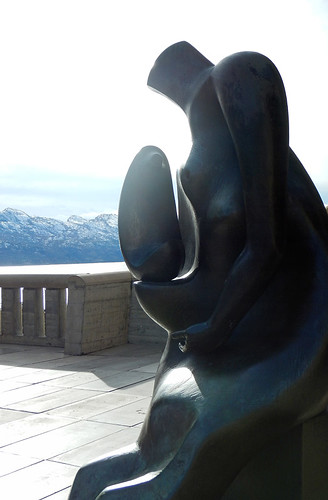 This is my favourite for some reason, I think it’s the bold movement of the figures. 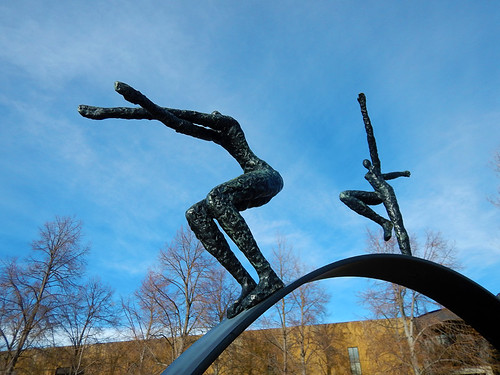 The architecture was less impressive. They were trying to replicate the ‘mission’ that the hill is named after, in a rather severe style they described as ‘monastic’. I felt it was mostly coloured concrete pretending to be adobe. 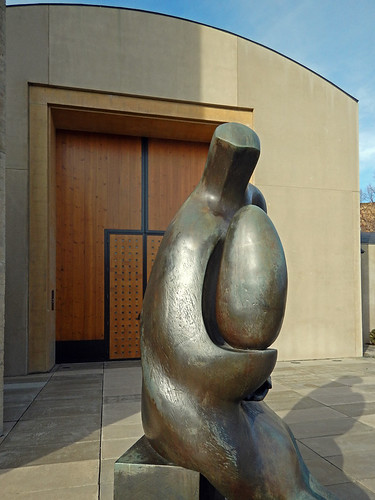 The interior was better able to replicate an older winery. 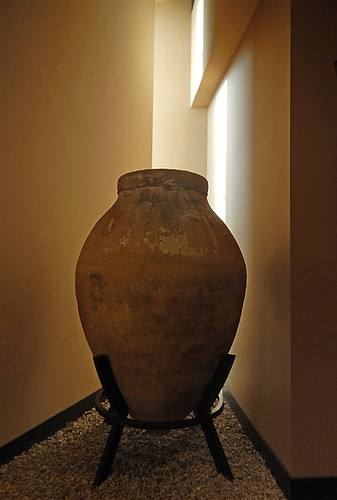 There was a theatre, closed at that time, a restaurant which boasted a Chagall hanging, also closed, and a museum. 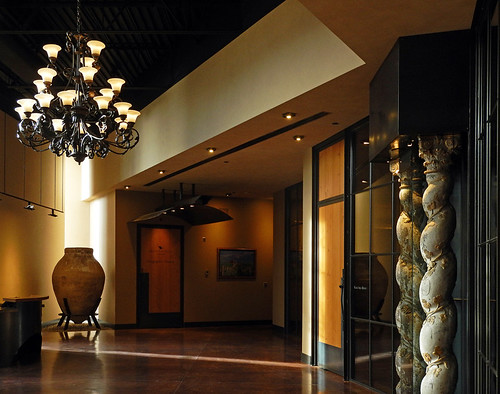 This wine decanter was an award for their 1992 Chardonnay. 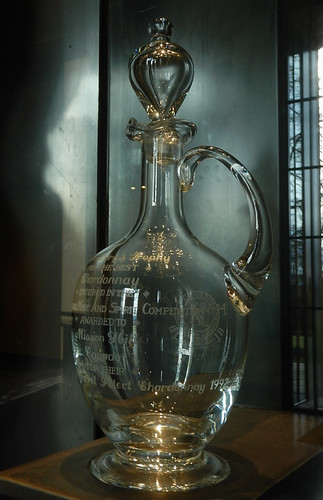 The entrance to one of the museum rooms. 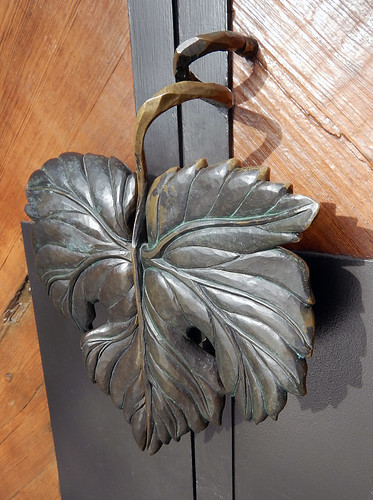 In the museum in Mission Hill Winery there was an introduction to wine history.  Antique pillar decorated with gilded grape vines. 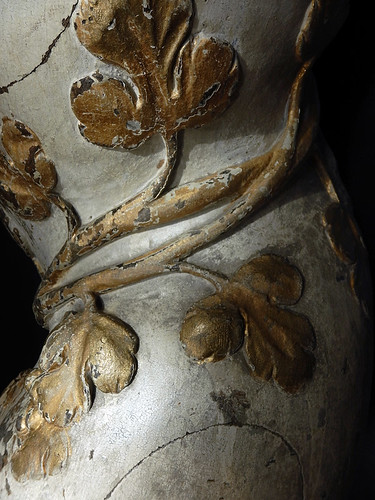 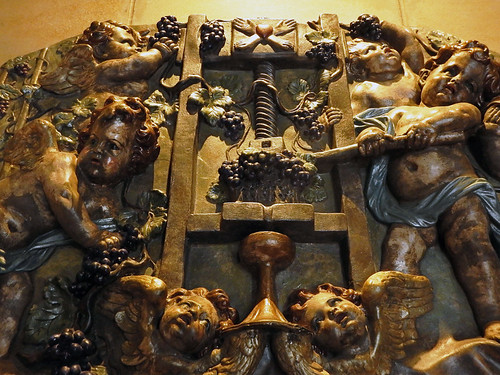 There were also historical items from the family like an old sofa along with family portraits. 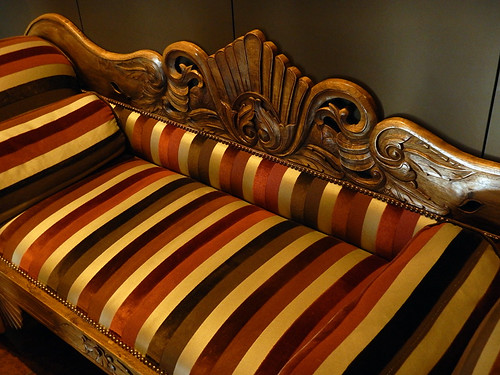 From there we went to the tasting room and perused the tasting menu. There was one complimentary tasting, a 2017 Reserve Viognier, which ultimately was the one I liked best and decided to purchase. The other tasting ‘sets’ were charged for but the charge was redeemable against a purchase so the charge was mute. 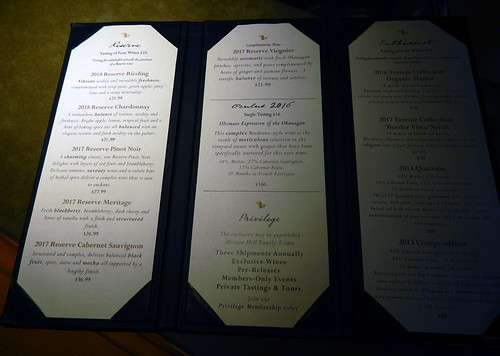 There was hardly anybody else there so we had the tasting room sommeliers all to ourselves and by the end of the afternoon we had chatted our way into tasting most of the wines on offer.

At any rate, by the time we left it was too late to go to any other winery anyway so I took one last photo of my favourite sculpture and we meandered home, fortunately just up the hill to my friend’s place. 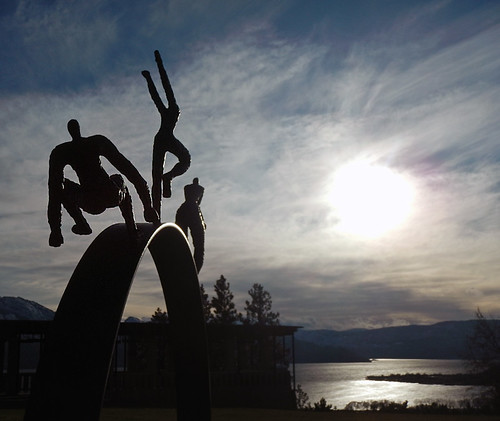 And yes, going back to the book that started this post, at the edge of the property there were rattlesnakes – or at least a sign warning of rattlesnakes! 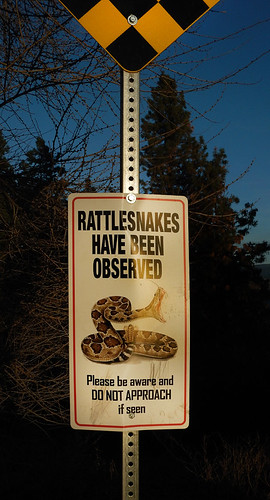 More of the Lens-Artists Photo Challenge: Now and Then.