This wondrous Kodak is the camera I used for my first real travel experience – a trip to Denmark in 1965.

You can read about that experience which includes my first travel journal, a massive collection of tickets, photos I took and an itinerary.

I later carried this camera into a first-year photography course in art college in 1972.

There was a lot theoretical stuff, initially about how cameras worked which included us making a pinhole camera. My instructor was actually thrilled with my camera, although mostly because it reinforced some of the historic qualities of photography.

My camera from the back, showing the pop-up viewfinder for  horizontal ‘landscape’ views and the rewind peephole so you could check if the film was rewound. 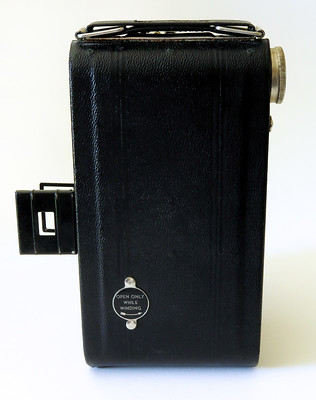 I’m sure I still have the images I shot and developed somewhere, and if I find them I will put them in here – if I remember rightly they were of Gastown and quite awful. In the meantime I am adding a shot from Denmark in ’65 so one can appreciate the quality of this camera.

At this point in my course we took a lot of theory about shutter speed and apertures, both of which this camera just happened to have, along with its own little tripod! 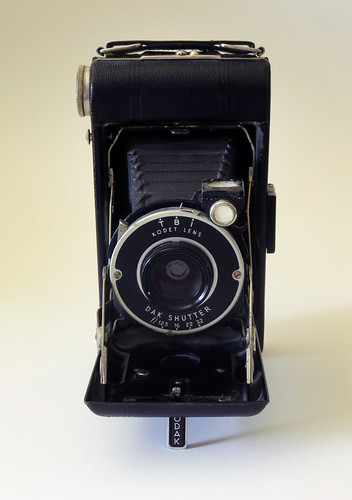 A close-up of the lens. The f-stops were /12.5, /16, /22, and /32, so really long depth-of-field. The shutter speeds were limited to T (T, a shorter-timed exposure), B (Bulb, a longer-timed exposure where an attachment was used to trip the shutter therefore reducing potential camera shake) and I (Instant, your basic shutter speed, maybe 1/60th of a second???).

But now I digress, to some time spent in Havana, Cuba, and the amazing home-made ‘cameras’ found there.

This guy had gathered a fair-sized crowd based on the camera ‘experience’ he had put together. 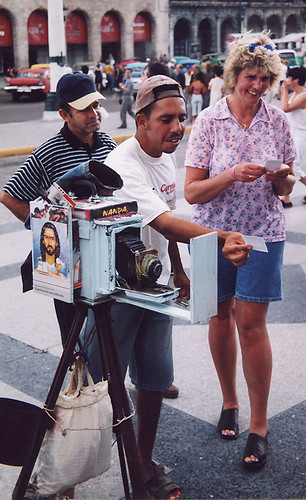 His camera contraption was an ancient bellows camera placed within a box. The text on the side is Italian and reads, “The openness that comes from faith…” 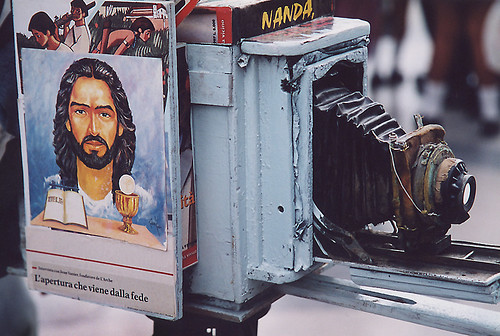 He took our picture and then actually developed the negative image doing some tricky manipulations inside the camera box. Here he is squinting through red glass to see what he’s doing. 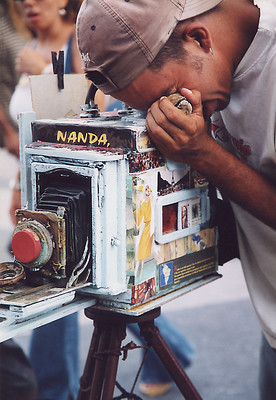 The result was this ‘negative’ showing us sitting on a set of stairs. 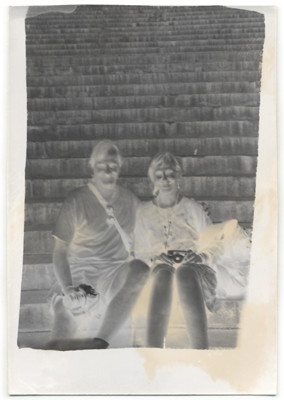 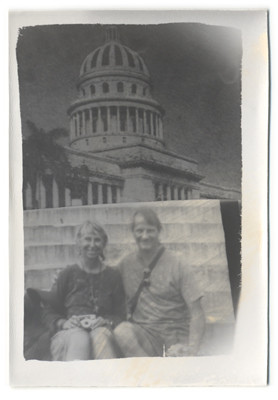 He wasn’t the only photographer out there. Here is another with his version of a home-made camera. This one shows the protruding platform where the negative image was placed. 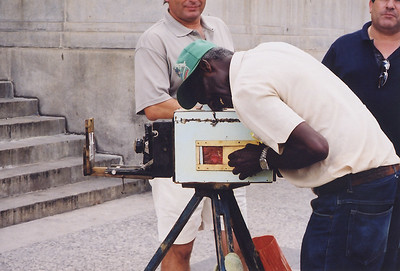