I had started my art college photography course in 1972 with an ancient bellows camera but was soon coveting the other students’ substantially more advanced cameras.

On a student budget it took awhile before I found a camera that I could afford: an old second-hand Pentax that came with the standard 50mm lens.

On a 1973 field trip to Chinatown with my class I took this shot of herbalist preparing a prescription. The exotic smells of the shop were intoxicating. 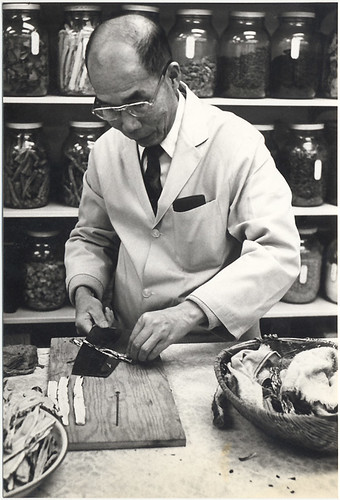 There wasn’t any light meter in my Pentax but I suspect very few cameras had built-in light meters at the time. We were taught how to use a separate hand-held light meter with the fine art of selecting where to ‘spot’ meter and where to ‘general’ meter, and how to combine the two to get the exposure you wanted. It was very complex and the meter was more expensive than my camera.

Cheaper than a hand-held light meter was this handy dandy pocket book from Kodak full of dials to work out one’s exposure. (I have added a couple of other ‘dial-an-exposure’ pages at the bottom of this post for anyone that’s interested in such historic things – in all cases click to enlarge if you want to be able to read it.)

I soon grew bored with the 50mm and located an old 35mm lens which I adored. Heavily influenced by my instructors I only used black and white film or Kodachrome colour slides (64 ASA). For this 1974 photo of Long Beach on Vancouver Island I used my 35mm lens.

However, transferring old slides onto the computer is problematic, and there are masses of debris all over the few slide images I have managed to scan, especially around the edges. I solved the problem with the above photo with a lot of spotting followed by cropping off the edges. Below is part of another image from the same Long Beach trip showing the debris field. Unfortunately cropping isn’t an option on this photo.

The full image of this modern totem pole on the beach. 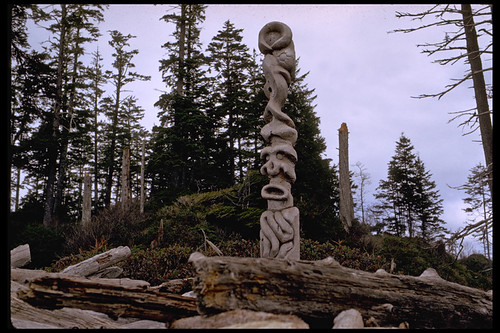 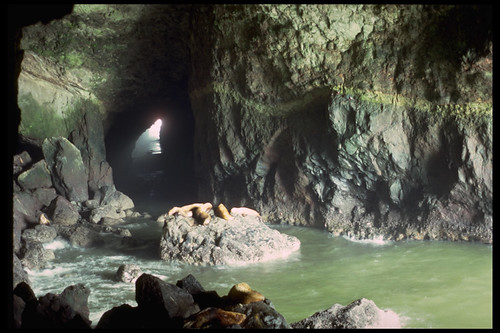 1976: I took more courses in photography, one of them being this black and white product shot of a hand-made antique Citron necklace belonging to my Grandmother. It was later stolen, along with the Pentax I used for all these shots. At the time I was extremely resentful of this ‘theft of memories’. But I happened to have photos of many of the items stolen which softened the blow. 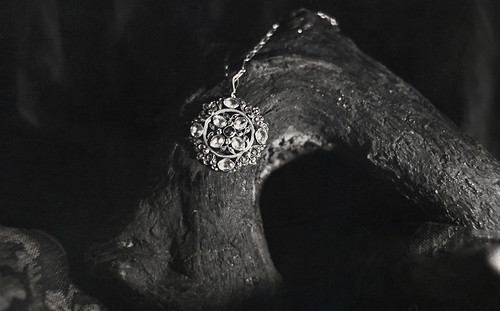 1977: My friends and I were all crazy about photography and went out on field expeditions to take photos. This shot was at Shannon Falls up the Squamish Highway. 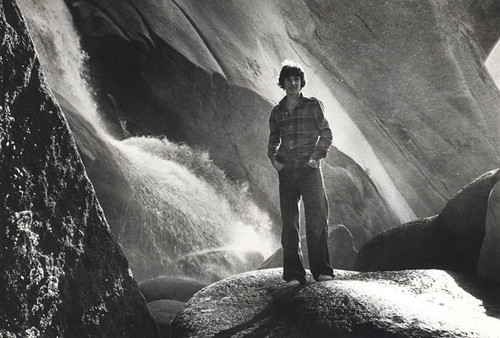 Which brings me to 1978 when I took a year off and went to Europe. I was still using the Pentax but by then had also acquired a 200mm lens which I took with me along with the 35mm lens. I also took rolls of black and white film and Kodachrome 64 slide film. The Kodachrome was sold process-paid and included a self-mailer. I sent the film from Europe to Vancouver for processing, and then Kodak sent them onto my parents in the Okanogan. I still have boxes and boxes of these slides which I should probably do something about.

Beefeaters with a cat at the Tower in London, England. 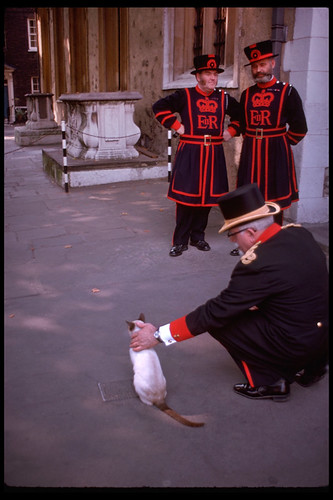 I also have a lot of old black and white negatives, contact sheets and photos in an old tie-up portfolio.

Contact sheet from Athens and Rhodos in Greece which carries on into Israel. 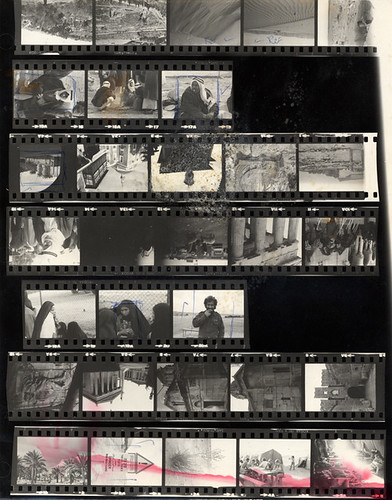 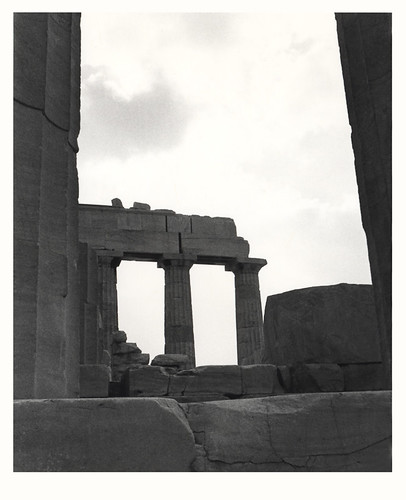 In 1979 I was in Israel as I waited out the freezing winter temperatures in Europe by working on an archeological dig in the Negev Desert. I see that almost none of these have been developed, and many others have not been processed either. I suppose I should get onto it. I will probably get someone else to process the images. After all, there’s no time like the plague-ridden present to get things done that you never got around to. 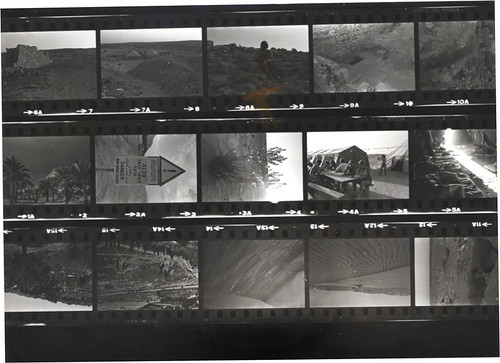 B&W photo of a Beduoin at a camel auction in the Negev Desert in Israel.

1979 was when I gave up black and white – I was spending way too much time in the darkroom and sadly, I had lost that initial magic of seeing an image form before your eyes.

For anyone who likes gadgets, the Kodak book with dials to help with figure out exposures on cameras without built-in light meters – click to enlarge.

More of the Lens-Artists Photo Challenge: A Photographic Journey.