From a Travel Photo class many years ago I got the advice that you would need to get up well before dawn every day, and take photographs of the places that would best show up at dawn or sunrise. Then you would sleep for a bit after which you would check out the ‘Golden Hour’, dusk and the ‘Blue Hour’. Sleep a few hours more and repeat.

This particular night there had been a super-moon with all sorts of chatter on the web about how much it lit up the skies. To our great disappointment it had risen behind the mountains where we were in Mexico and wasn’t visible – meanwhile all our friends back home had a rare clear night and were posting amazing shots. But at four in the morning something woke me up, and I wandered over to the balcony and saw the moon setting on the ocean. 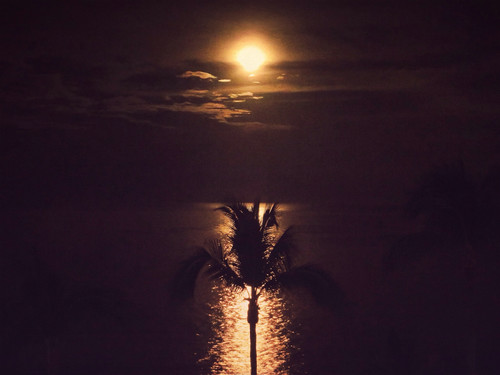 The next day the much smaller moon setting over the ocean, and an hour later when there was a lot more light in the sky. 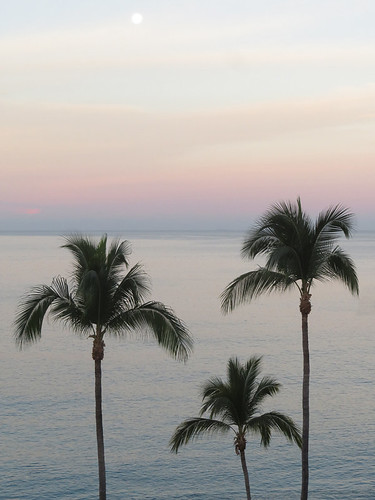 Dawn and sunrise aren’t usually in my photography vocabulary. But there are certain places that are special at that time of day…

Ha Long Bay, 2013. Sunrise while cruising in Vietnam’s spectacular HaLong Bay. This is the kind of shot that most people get. 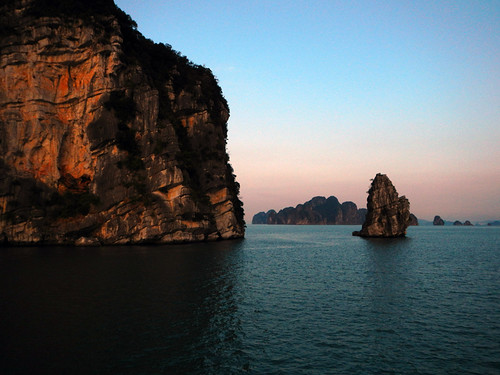 But I really like this one that Al took of one of the passengers getting a shot that was probably very similar to mine.

Angkor Wat, 2007. Early birds up to see the sunrise over the temple ruins, Cambodia. I had a lot of trouble getting up that early. But in the lobby of our hotel we found our driver fast asleep on a couch right next to his parked moto-rickshaw. He was a lot harder to get up, and even grumpier than me. After we finally got to the grounds we passed a scene where people were streaming across a causeway over a river in the morning light that looked like something out of a movie. I wanted him to stop there but he refused (still grumpy) and took us to a different place which was by then filled with a few hundred people all taking the same picture.

Taj Mahal, 2010. Coming out one of the arched doorway I saw the sun rising over the Taj Mahal, and took this picture. There wasn’t a single tourist in sight – all 300 of them were still on the other side of the building.

Professional Travel Photographer Advice: time to nap for a while and get yourself ready for the ‘golden hour’.

Golden hour to Sunset and Beyond.

It turns out that if dawn is a bit of a problem for me then Golden Hour is too. We are not prone to napping when we should and instead attend the sights and walk our feet off until most everything closes at around six. By then all we want is a sit down and a cold beer. So there is always a bit of a conflict between Happy Hour and the Golden Hour.

Happy Hour almost always wins. But if the light is good you can ask them to leave the blinds open and take photos inside. 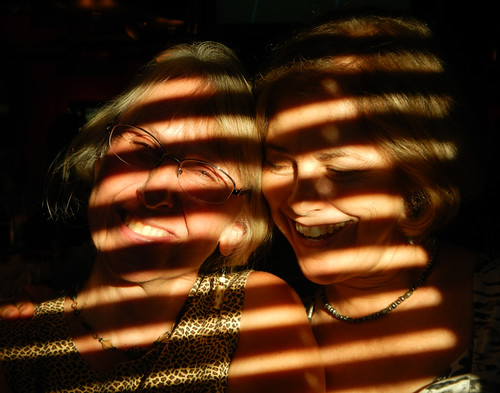 Checking out my shots I see that most of these don’t really bring out any specific country to mind. Although maybe this Rosé on a early evening in May in Ghent… 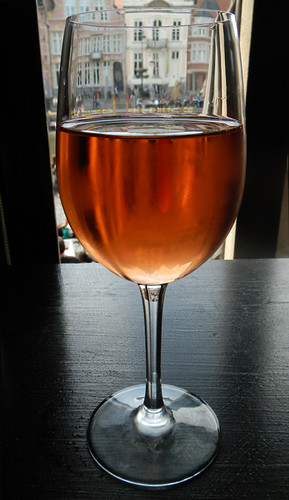 The best thing to do is to find a pub/bar with a view of the sunset. The Sea Monkey in Puerto Vallarta has it all – sunsets, $1 margaritas and wifi! 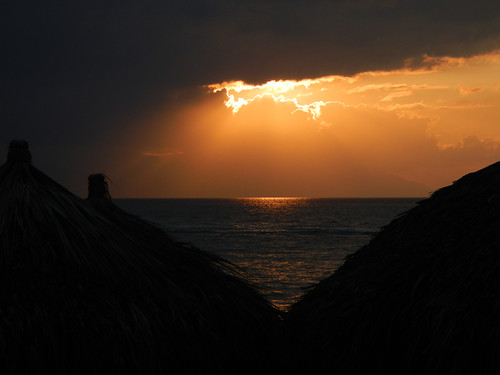 In Bagan we headed in the direction of one of the temples that was supposed to be especially wonderful at sunset. On the way there we were stopped by bar owner who touted that we could have the best views of the temple from his bar, and a beer or two and some excellent BBQ while we were at it. So that’s what we did, and here is the view.

Sun on its way down reflected on a golden temple. 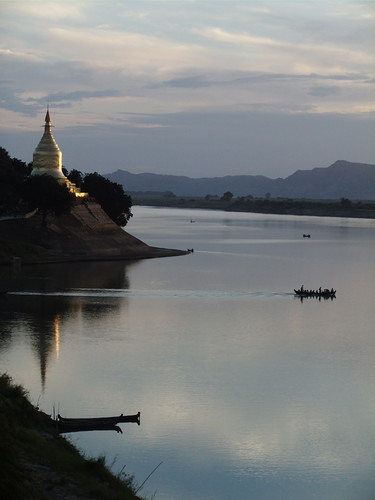 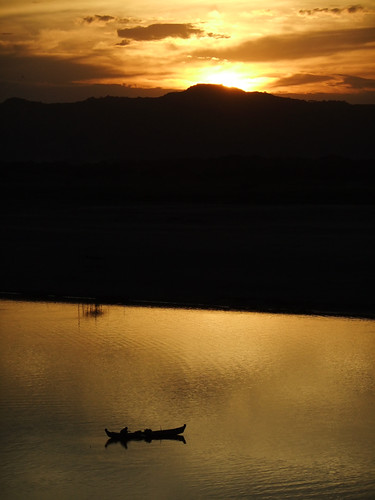 Deep dusk. I’m not sure where that gleam is coming from. 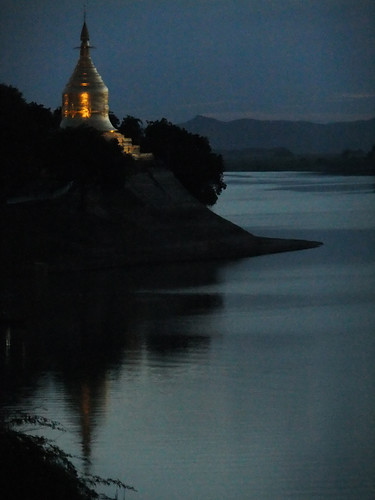 And after this there is no more natural light unless there is a super-moon out there somewhere.