Driving on the Donegal Peninsula along Ireland’s Wild Atlantic Way, we had problems finding a decent breakfast, went for a long walk along windswept Traemore Beach, and then arrived at Bloody Foreland just before heading through a mountain pass to Glenveagh National Park.

This area of county Donegal is Irish-speaking, and the road signs are ONLY in Gaelic.

The spelling was so unfamiliar I had difficulty in remembering the names of towns, especially when I was trying to match them to a town on our map, which only gave their names in English! 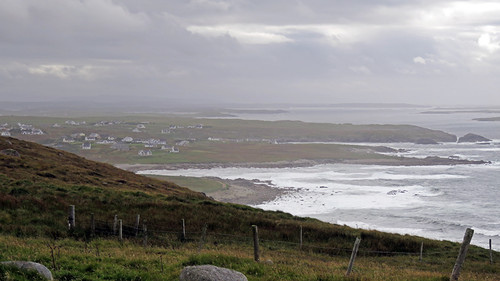 We stopped at a pullout with a sign explaining how Bloody Foreland got its name. In Gaelic it’s called ‘Cnoc Fola’ or ‘Hill of Blood’ because of the way its red granite cliffs look in the setting sun.

Then we turned inland through a fog-shrouded mountain on the pass to Glenveagh National Park. 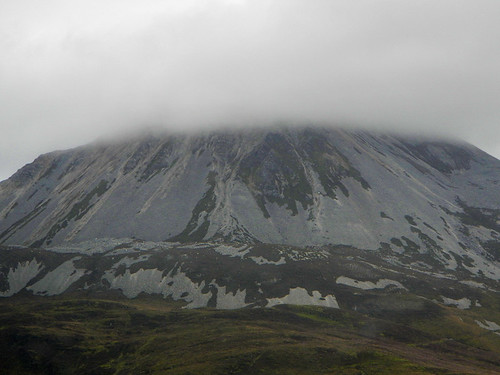 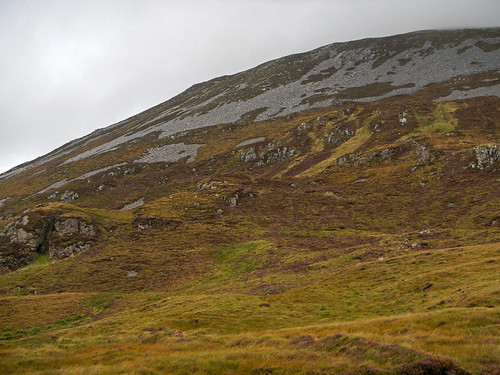 We were still having problems figuring out where we were. The GPS didn’t recognize any of the ‘Point of Interest’ in this part of Ireland; even Glenveagh Castle didn’t register. And with only the English names of places on our map, programming the GPS was a problem. It seemed to be refusing to understand English, only recognizing place names in Gaelic. At any rate, here is Dun Luiche, listed as Dunlewy on our map. 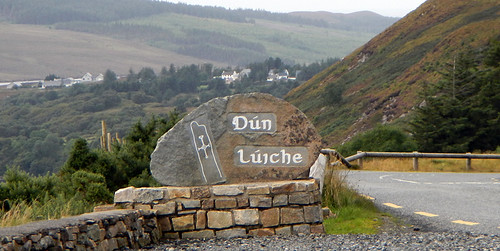 Coming down into the valley. 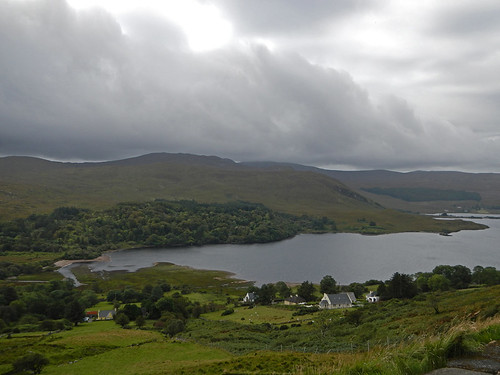 Annotated map of Donegal’s ‘Wild Atlantic Way’ route on a placemat. The darker green sections are the Gaelic-speaking parts of the county.

Next up: Glenveagh National Park…