“Travel prepared to survive,” the National Park Service gives as advice on travelling through Death Valley.

The name of Death Valley is a clue; it starts with the word ‘Death’. Travelling there in the summer, when the temperatures can get up to 134° F (57° C), they don’t recommend getting out of sight of your car. Also to carry water, water, water. Water for you, water for your car’s radiator. The reason it’s still wild is because it’s so inhospitable.

In another desert in the American Southwest we were handed a brochure titled  ‘Don’t Die Out There’ with tips on how to survive hiking in a desert. However, no matter how inhospitable it is, that doesn’t mean there’s no one else there – many of these desert hikes were so popular there were lotteries to see who would be allowed to hike into that coveted evil terrain…

Drawing of a mountain just outside of Las Vegas…

Along Hwy 95 we saw our first Joshua Trees – this first set were a bit stunted, but the next set we saw were abundant and older, and grew alongside some other yuccas that were shorter with long spiky leaves. In the middle of all this nothingness Cold Creek Corrections Centre appeared.

Abandoned stone building on the way to Death Valley. 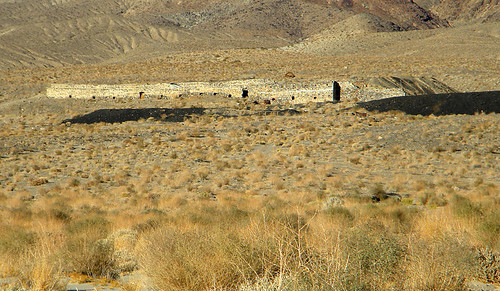 Into Death Valley. If there isn’t any wind the skies are heart-achingly blue within the desert. If there is wind then it’s best to hide the camera away unless it’s one of those indestructible ones. Earlier in this same trip, in another desert, all the cars were scoured  from the blowing sand and Al had his camera wrapped and away. 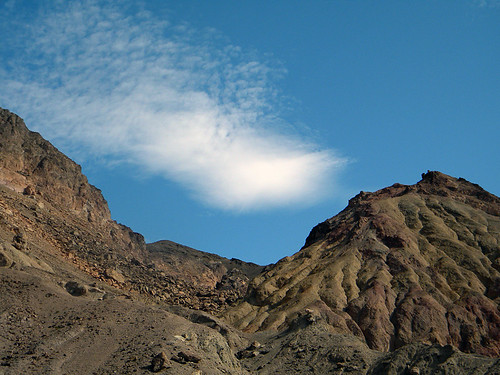 There was a coyote hanging out at the Pay Station. Do people feed them? Bad idea. 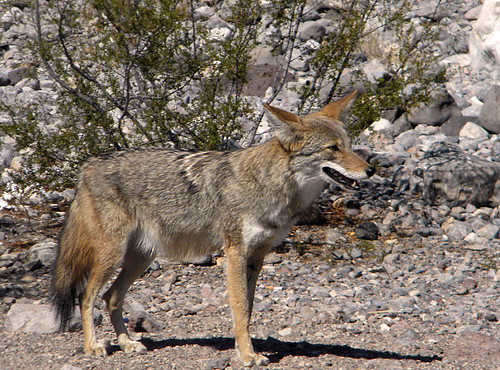 Zabriskie Point, who would think that badlands could look so good? 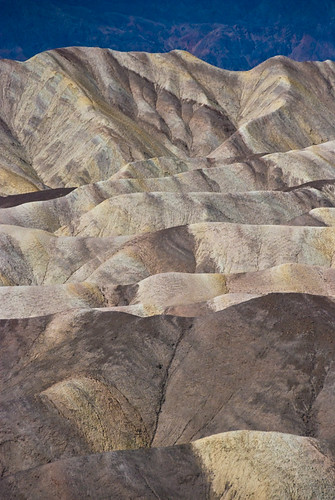 These top two were taken with Al’s camera (bigger and better), and are much warmer and browner, with subtle gradations in the colour. 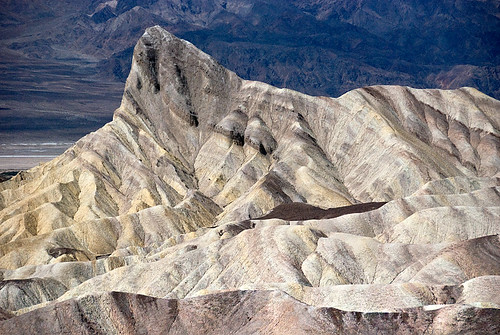 My indestructible camera has a much smaller sensor, and doesn’t pick up the subtle coloration. My shots were all monotones of ochre. 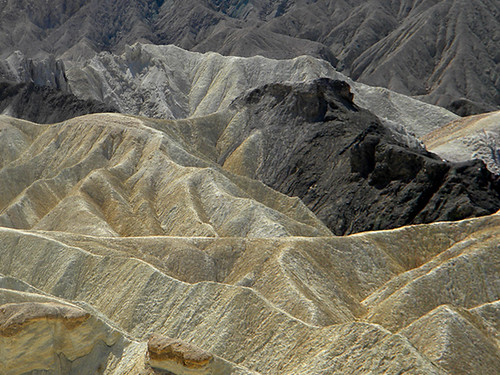 The land looks so much like Georgia O’Keeffe’s paintings, one of the Southwest artists I most admire. 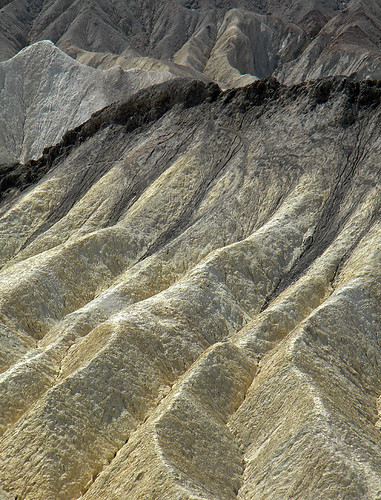 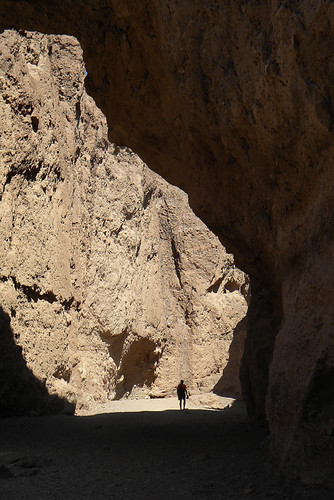 Driving back along Artist’s Drive, our first stop is “Artist’s Palette?” I asked. “Kind of gloomy artist if it is…” Al responded. Me: “Well, we’ll take a few photos anyway.”  Him: “And delete them when we get home…” (We didn’t delete them all; this is from Al’s camera; mine didn’t pick up the variation of colour at all.) 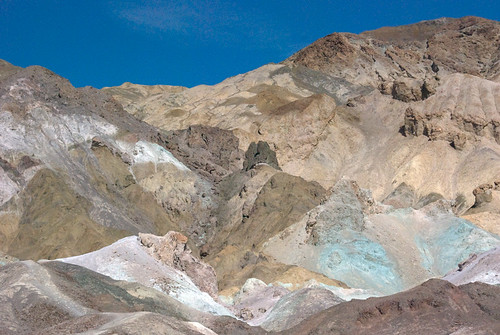 Sand dunes, ice cream and gas at Stovepipe Wells General Store. I wrote: ‘I have a fingerprint on my lens that I can’t seem to get off – there isn’t enough moisture left in my body to fog the lens.’ 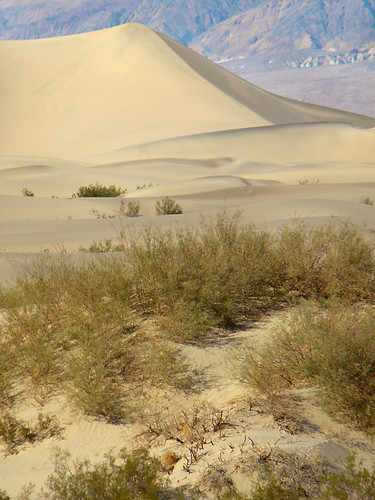