When I first saw Frank Gehry’s silvery swirl of the Guggenheim Museum in Bilbao I realized that he had reinvented curves in architecture.

The exterior of this architectural wonder with its metallic swoops and curves. This became known as the ‘Bilbao effect’, where a city changes its focus from the dying industrial mentality into becoming a culture destination. 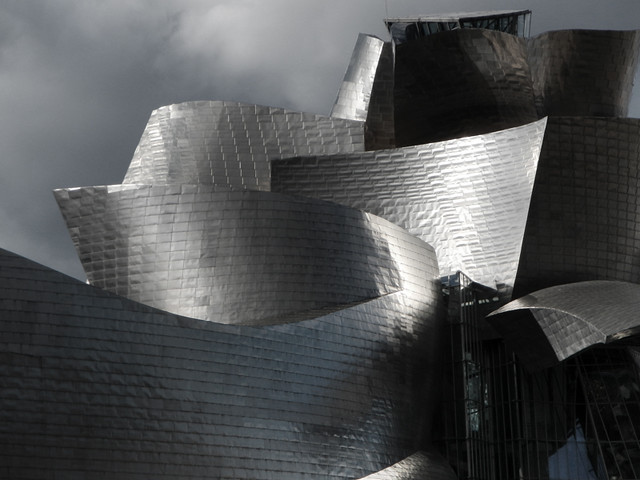 The ‘Bilbao Effect’ spread first to other parts of Spain. At Elciego, a hotel/winery in Spain, Gehry’s signature metal curves appear, in tints ranging from green to gold to dark pink, inspired, he said, by the colour of the wine.

Spiral building at the Centro Niemeyer Art Gallery in Avilés, Spain, a cultural centre complex designed by the Brazilian architect Oscar Niemeyer. Now there are more cities around the world, trying to duplicate Bilbao’s success with culture plus spectacular architecture. 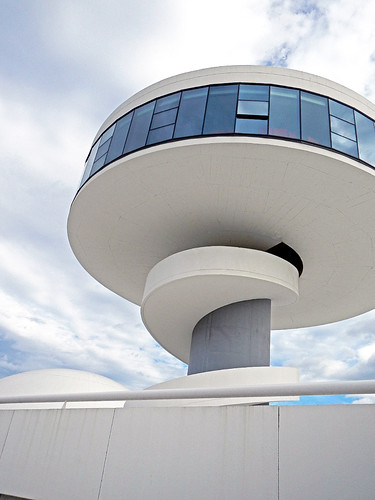 Architecture on the Singapore skyline, the Lotus Gallery and the Ship Hotel. 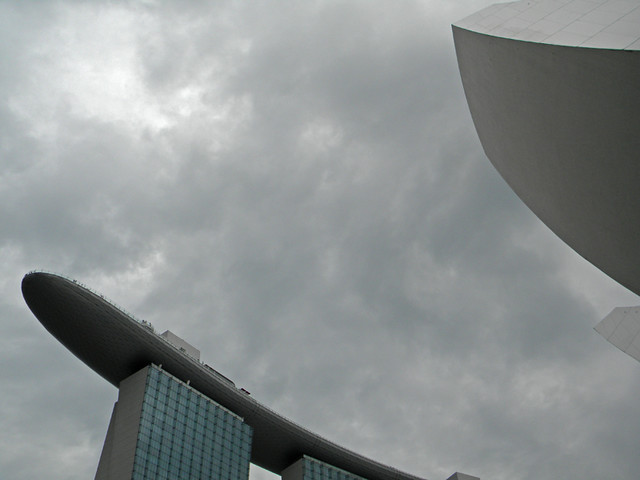 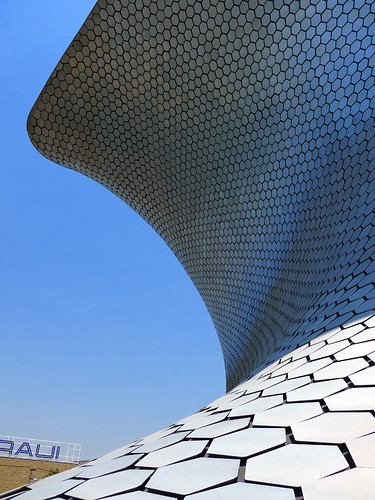 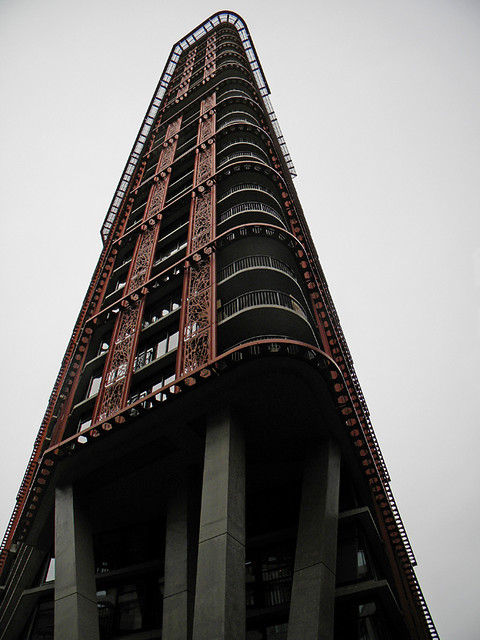 But curves in architecture aren’t new. From the plaza level there are many stairs you can climb up at the Monumento a la Revolución in Mexico City, started at the turn of the century but not finished until 1938. 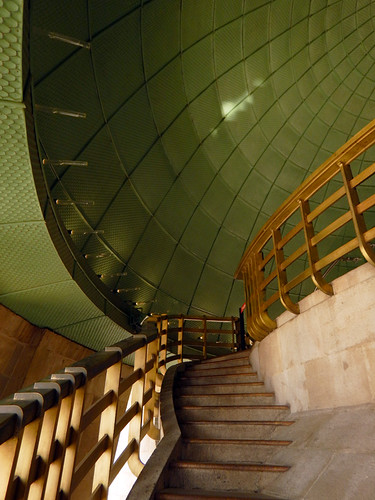 Spiral staircases have been around a long time, and always create magnificent curves such as this one in the Sonneveld House, built in 1933 in Rotterdam, Holland. 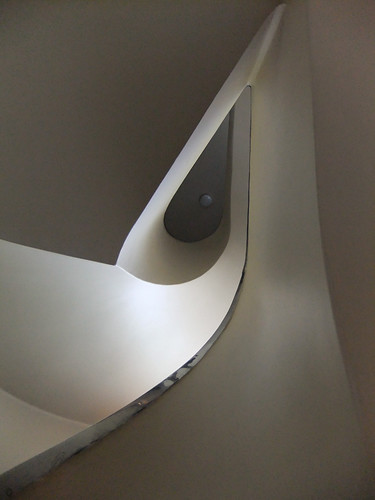 In the Royal Palace Complex in Mandalay, this tower stood out from the rest of the buildings, with a spiral staircase that wound its way up to the viewing platform. (Myanmar)

The ancient astronomical garden in Jaipur has an almost futuristic feel to it. Built in the 1700s by a Mughal prince, it is a collection of large-scale astronomical observatories, instruments and sundials, used for both prediction of eclipses and monsoons as well as astrological events. 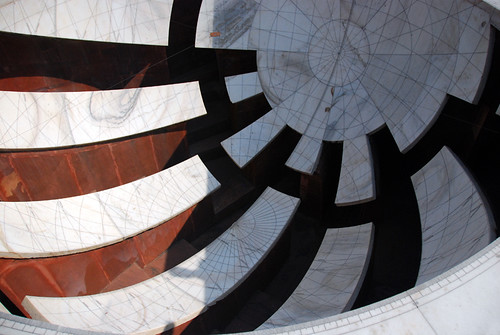 The steeple of Our Saviour’s Church in Copenhagen has a spiral staircase winding its way all around the outside of it. 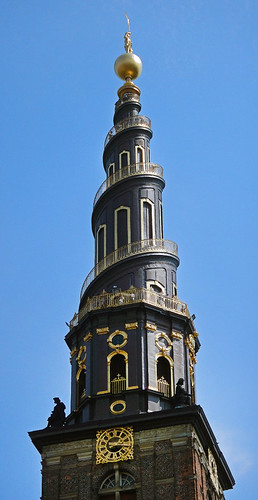 13 responses to “Curves in Architecture”