Something that surprised me from our first trip to Wales was how many Standing Stones and Dolmans there were. On our second trip in 2016 we were determined to see a lot more of them. 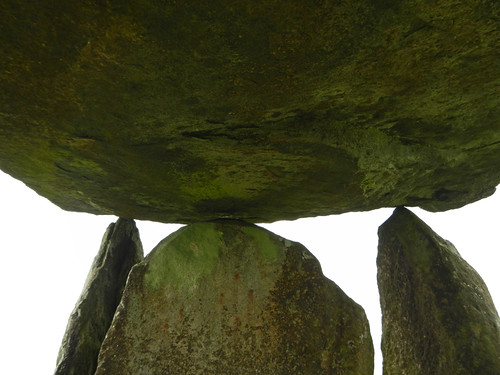 I had always thought Stonehenge was one of a kind but it seems the British Isles are studded with them. The Pentre Ifan is a megalithic burial chamber, created in the Neolithic Age, perhaps as early as 3,500 B.C. 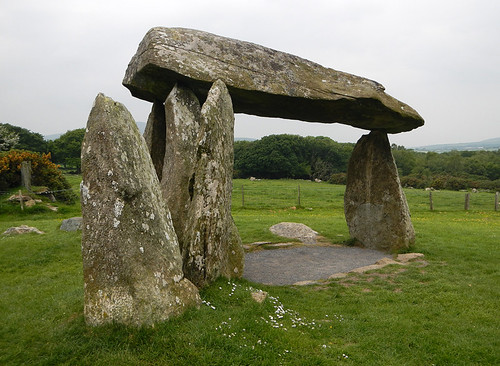 The tomb is a Dolmen type with the capstone, probably weighing over 16 tons, supported by just three uprights. 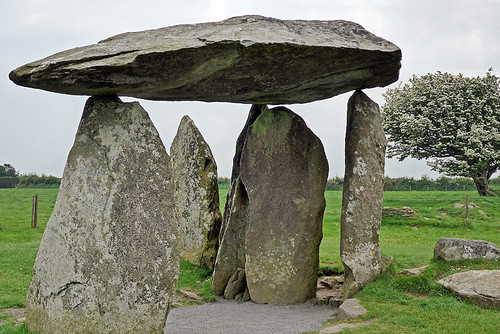 From an old etching of it.

The site was located in rolling farmland. 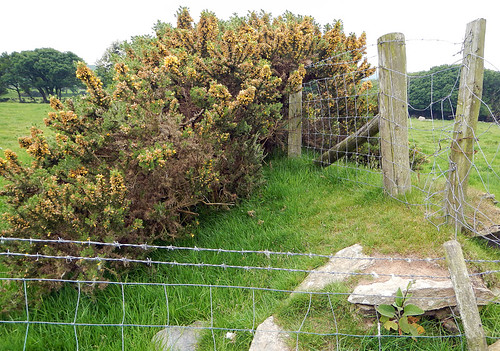 A short drive away we saw the Blue Stone Brewery and screeched to a stop. 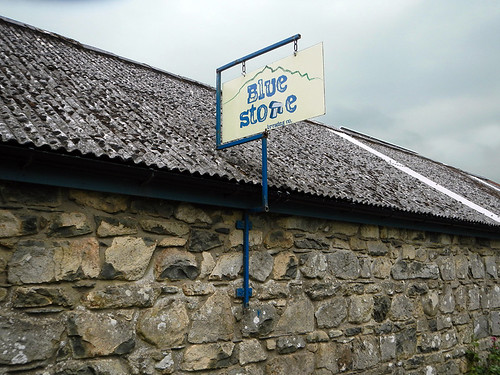 Keeping with the ‘stone’ theme the beers on tap include the Crystal Ruby and the Hammer Stone IPA. The proprietor said that 2 1/2 years ago there were only 30 Craft Beer Breweries in Wales and now (June, 2016) there are 88.

Lonely Planet map of Pembrokeshire. Pentre Ifan Dolman (8) was just after our stop at Castell Henllys Iron Age Fort (7) as we were drove from Cardigan.

More about our 2016 trip to Wales and England.

One response to “Pentre Ifan Standing Stones in Wales”