June 4, 2018. We headed out from my cousin’s home in the forest planning on touring the Bohuslän coast with our first stop at tiny Grundsund.

The coastline of the Bohuslän Coast of Sweden is highly irregular and all along are picture-postcard towns and seaside villages built on huge outcroppings of granite that tumble down to the sea.

From my cousin’s home in the forest near Alingsås we headed out towards this stunning coastline. But when I went to reprogram the GPS for Fiskebäckskil we lost the signal and the route on our GPS turned black. I randomly moved the GPS to different spots in the car trying to get the signal back, but it stubbornly remained black. And SIM card that we had purchased in Denmark did not work in Sweden so we didn’t have Google as a fall back.

In the meantime we had passed several signs saying Uddeville which, thanks to my cousin’s old-fashioned map, I knew we had to go through to get to the coast. We followed the signs until suddenly we were through Uddeville and on the E6 highway. The highway had absolutely no signs directing us to any small towns on the coast, and our GPS still couldn’t find a signal. This reminded me of going on a road trip in the old days – we could only find our way to the larger centres, and unless we had a book of tiny detailed maps, all the small villages and towns were unfindable.

We pulled into a gas station where we turned the GPS off and on several times until we finally got a signal. I was so happy to hear its smarmy voice again, and it led us down the peninsula to tiny Grundsund, the first village we stopped at along this stunning coast north of Gothenburg. (Map at bottom.) 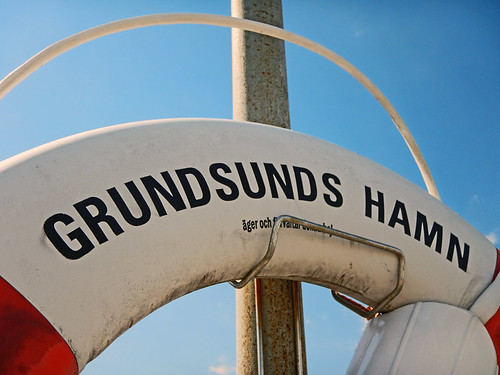 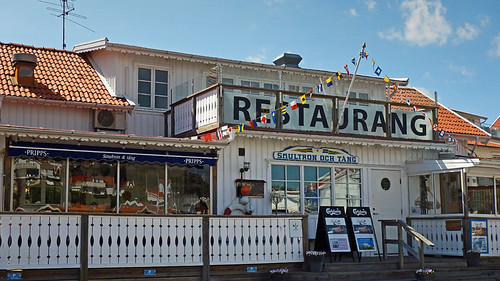 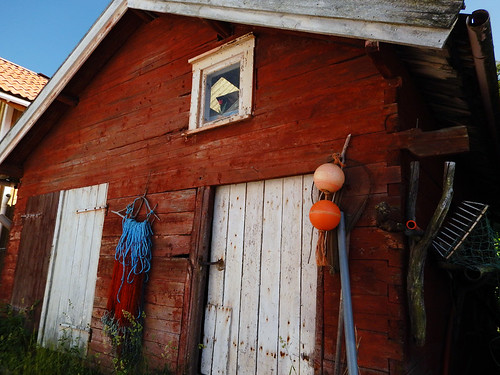 A white church with a tidy graveyard around it. 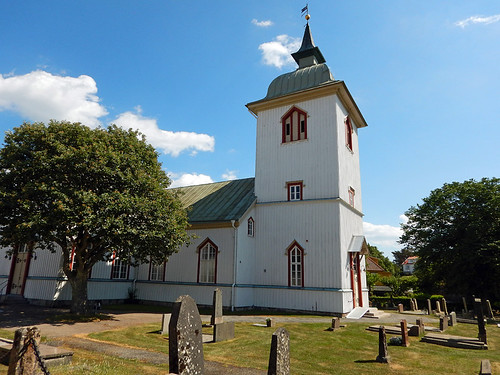 Wrought iron hinges and an octagonal window with red trim on the church. 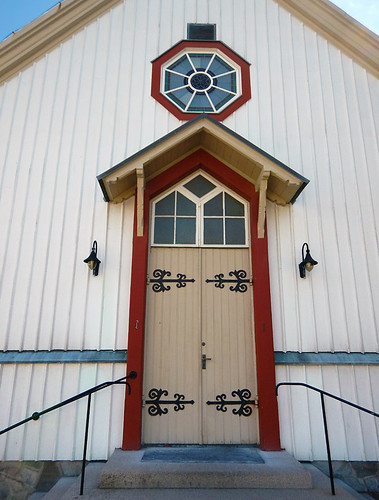 Detail of the gate with ships worked into it. 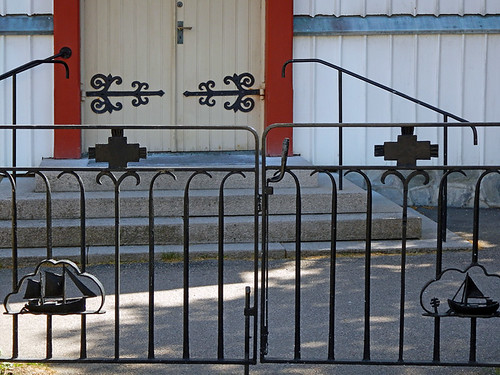 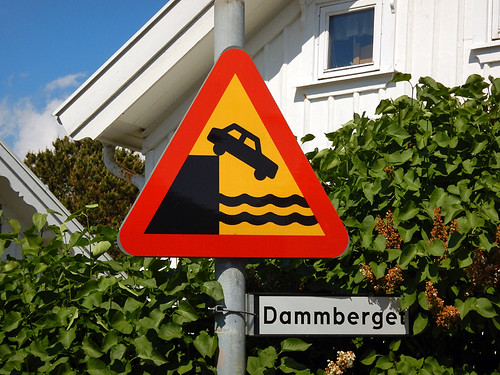 A house with a parking spot for your fishing boat. 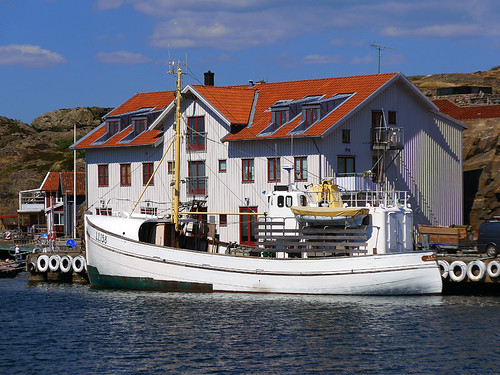 A view of the town from across the water. 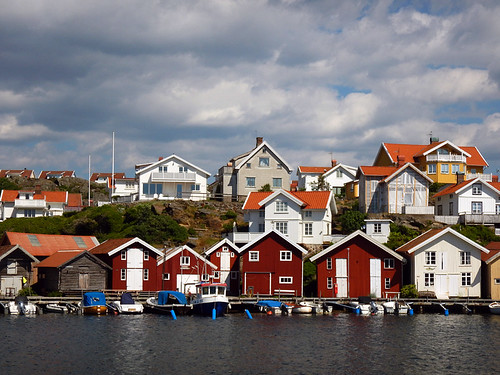 Then it was down to the water and docks that ran along the harbour.

A crayfish cookpot on the dock – apparently they are smelly enough that you don’t want to cook them inside your house. 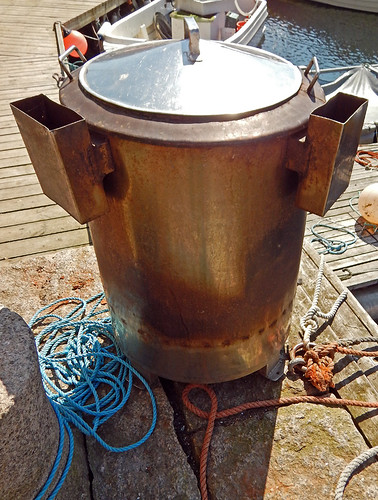 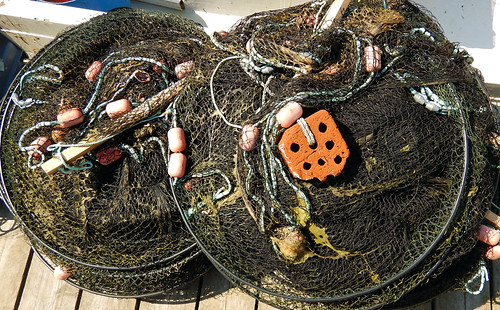 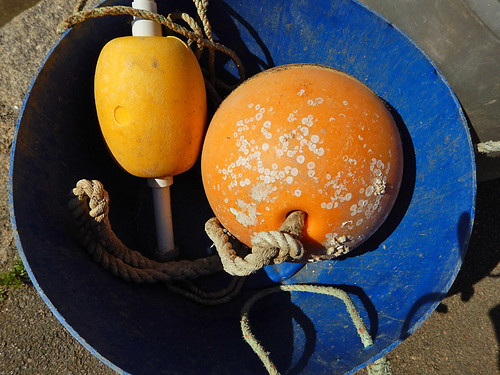 A wide-angle view of the harbour.

Looking down the protected harbour. 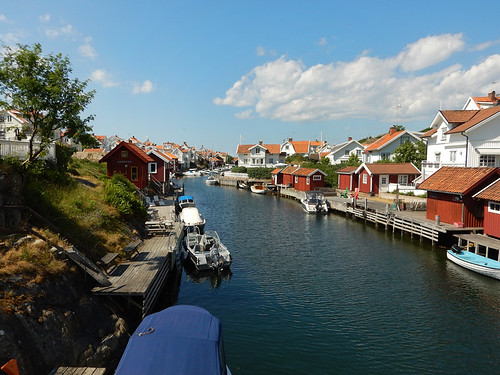 11 responses to “Grundsund on the Bohuslän Coast of Sweden”