There was so much verdigris in Denmark that I thought they must have had a ton of copper mines in the vicinity.

But as I learned from the Bronze Age exhibits – bronze being a mix of copper and tin – this was not true. What the Danes did have was a lot of sea-faring people with well-established trade routes who brought the valuable metals from other countries all over Europe. 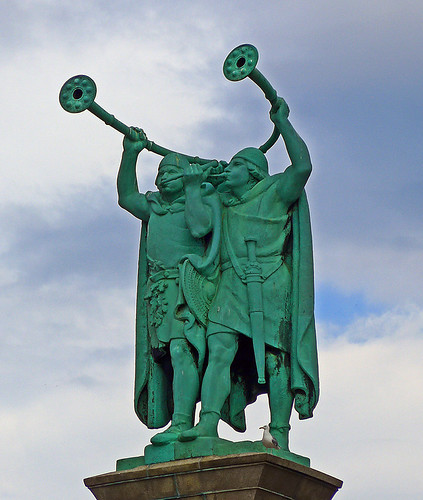 Statue of a knight on a horse, made of weathered copper (verdigris), in Copenhagen. 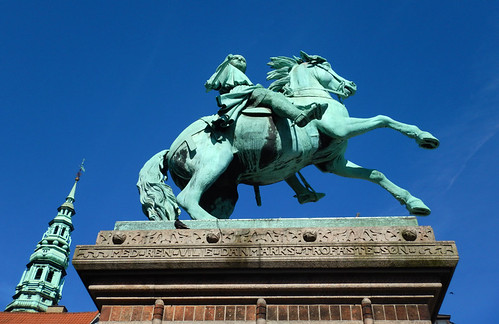 Sculpture of a winged wheel with a crown, made of weathered copper, in Copenhagen. 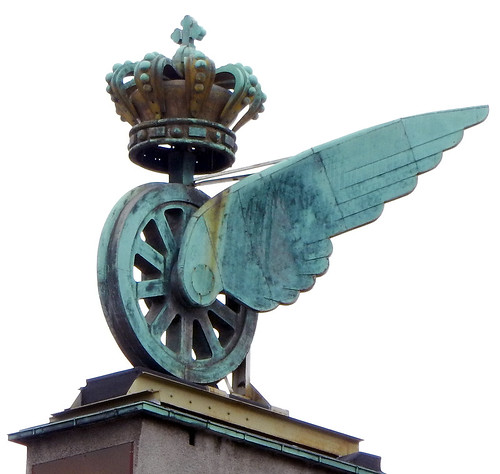 Copper fountain of storks about to take flight in front of a copper-roofed building in Copenhagen. 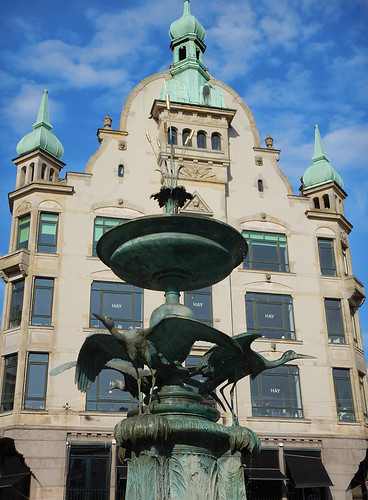 A copper-clad verdigris watchtower on a bridge in Copenhagen. 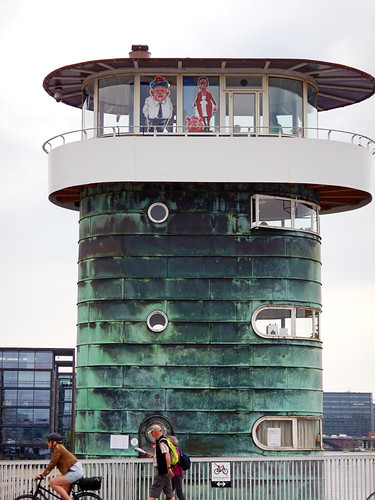 A twisted dragon steeple building all have weathered copper roofs in Copenhagen. 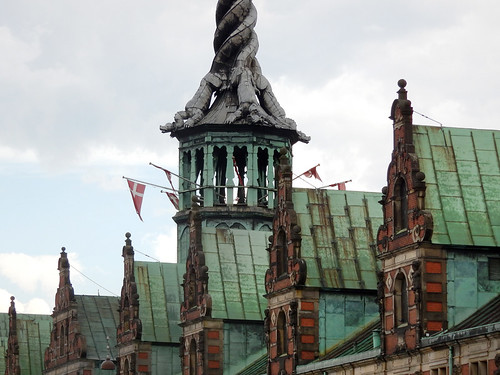 Statue of the winged god Mercury, made of weathered copper (verdigris), in Copenhagen. 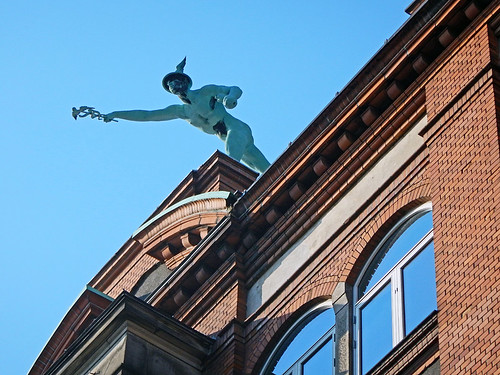 A bronze verdigris statue of the huntress Diana with a deer in a park in Copenhagen. 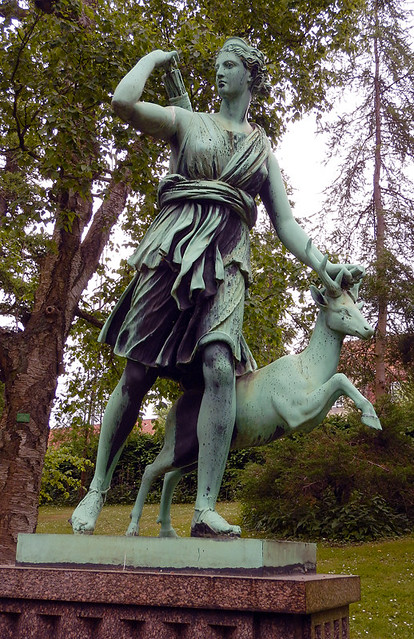 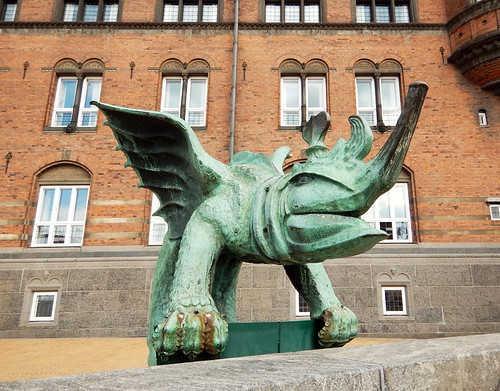 Even a news stand gets a copper topper, just like all the surrounding buildings. 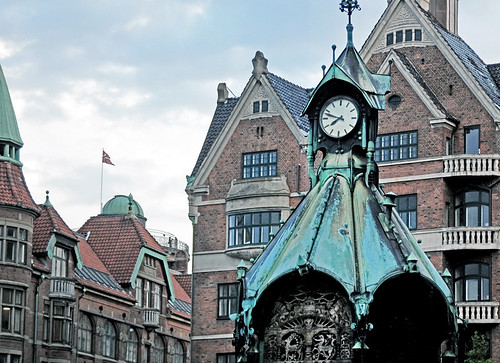 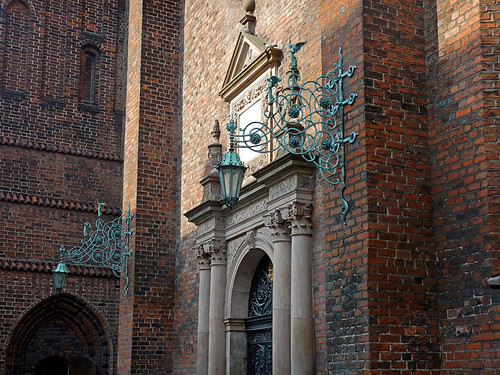 A copper plaque in the church in Køge, a medieval town just south of Copenhagen. 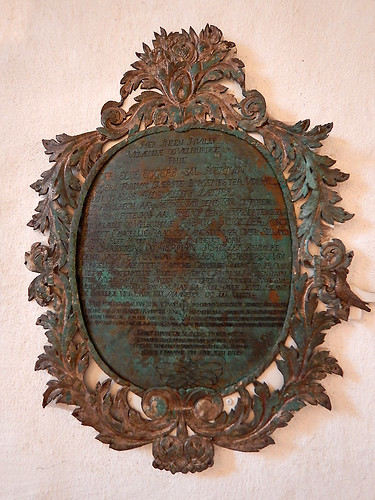 A copper gargoyle cheekily sits atop a building in Aarhus, Denmark. 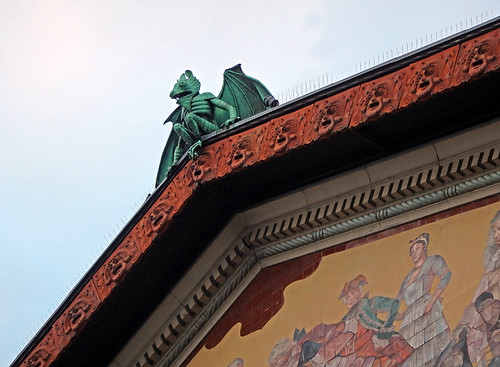 Copper pot and wooden vats in an old brewery in the 1864 village of the large open-air museum in Aarhus. 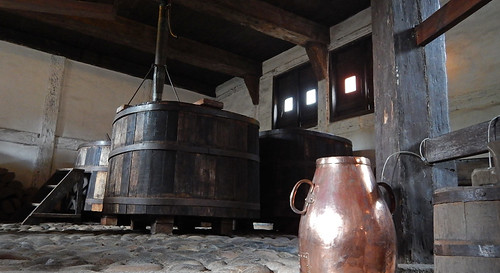 Verdigris copper cladding of the hull of the Frigate Jylland in Ebeltoft, one of the world’s largest wooden warships. The copper kept barnacles and other sea-life from clinging to the bottom, thus meaning that the bottom of the vessel did not have be scraped regularly, which would have been a problem with a boat of this size. 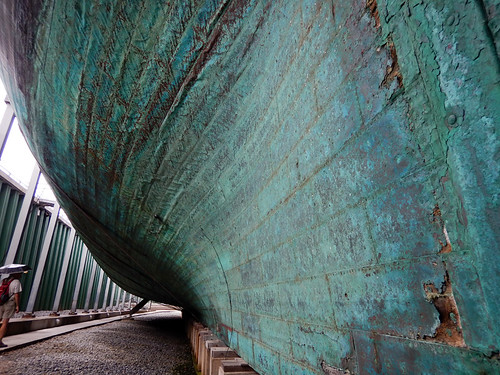 2 responses to “The Patina of Copper in Denmark”