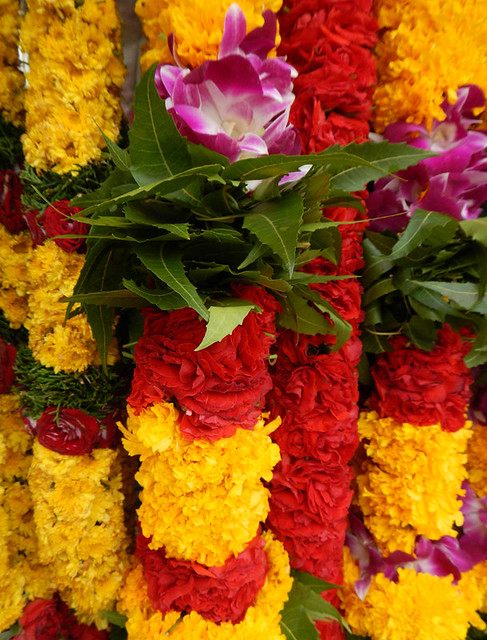 The Temple is dedicated to the ferocious Hindu goddess Kali. 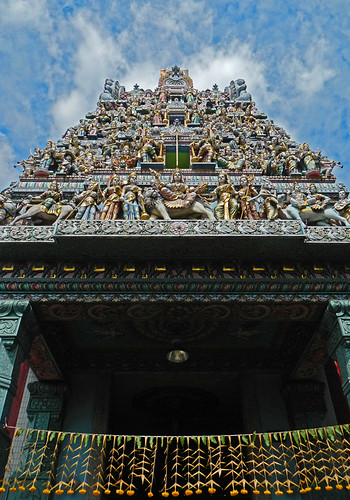 The multi-armed goddess Kali is shown here as she destroys an evil prince, disembowels his princess and saves their child from his murderous parents. 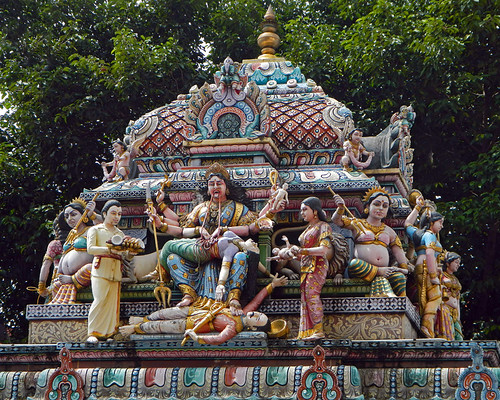 Inside the goddess Kali is even more horrific (and dressed to kill). 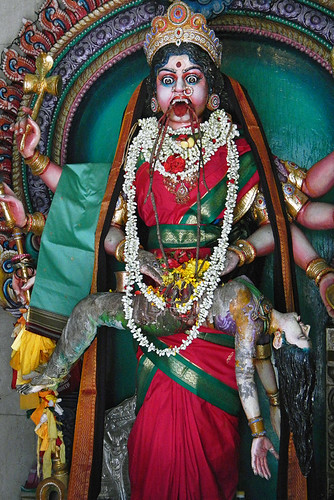 There is a whole panoply of gods and goddesses arranged in colourful splendour on the roof. 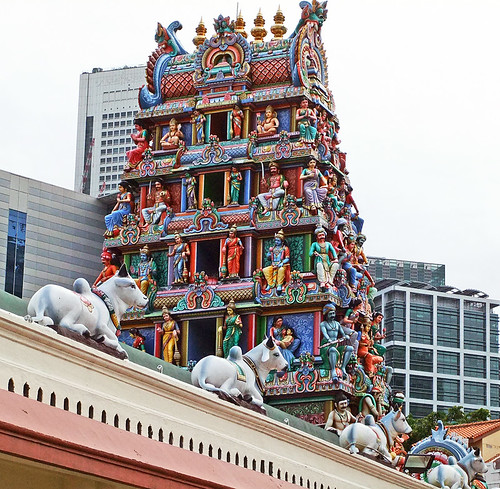 A blue Krishna playing his flute. Somewhere nearby there will be resting cows with their Gopis (milkmaids) dancing to his wondrous music. 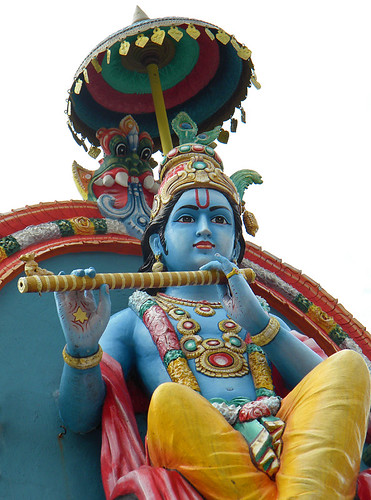 So many gods, so many stories. 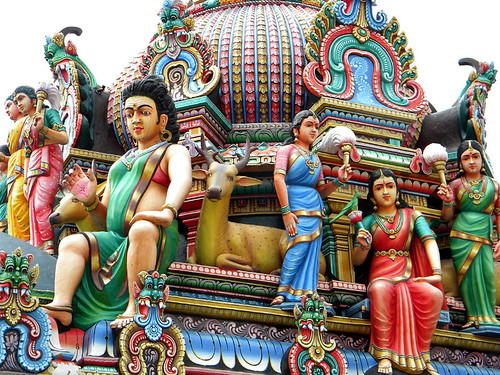 This sacred cow was looking down on me with disdain. 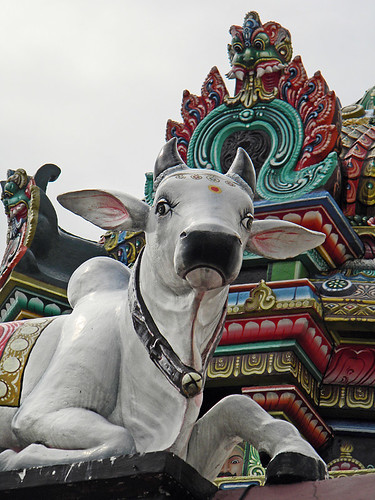 I think this is a Krishna reincarnation but I can’t find his particular hand symbols anywhere. And there are hundreds of gods and goddesses in the Hindu divinity. If you know who he is please enlighten me! 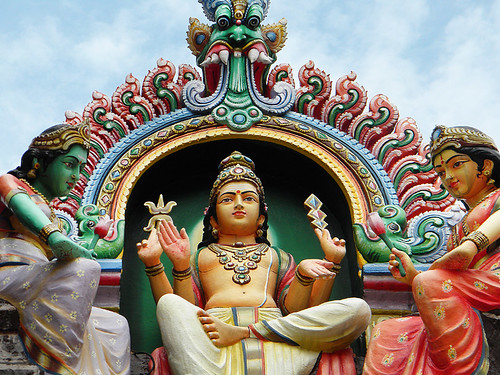 An altar with Ganesh, the chubby boy god with an elephant head, the god of beginnings and remover of obstacles. (Ganesh, the Elephant-Headed Boy God in Hinduism.) 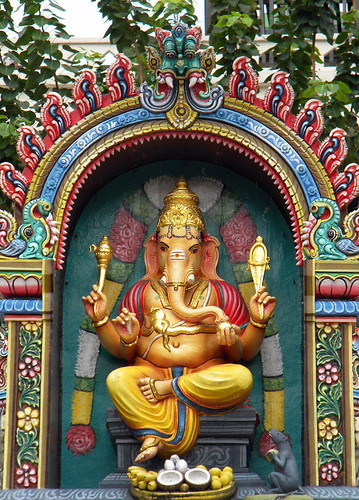 At ground level this courtyard rings the inner temple and the walls are mostly white with altars placed around the ring. Maybe the walls are white to allow the gods to shine once they are draped in garlands and wrapped in colourful cloth. 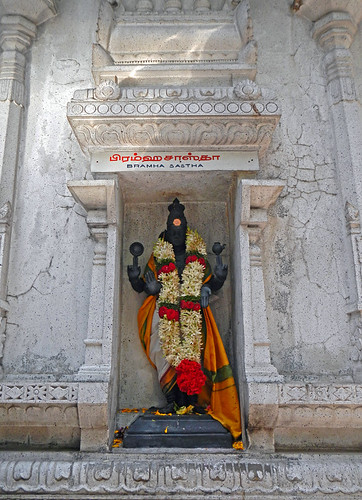 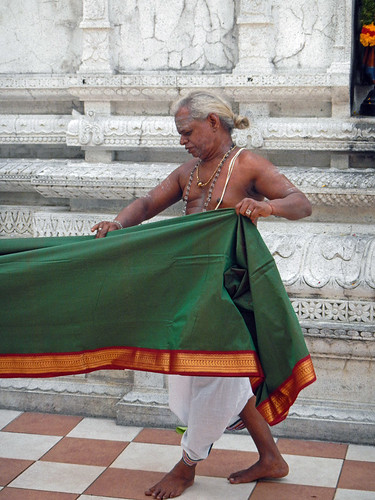 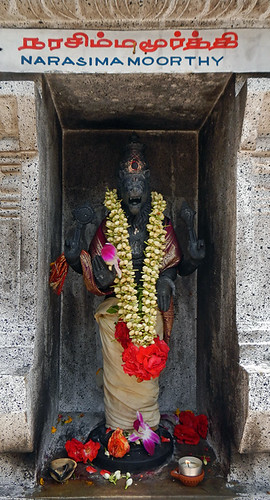 The bright painting continued inside with this vivid ceiling and light fixture. 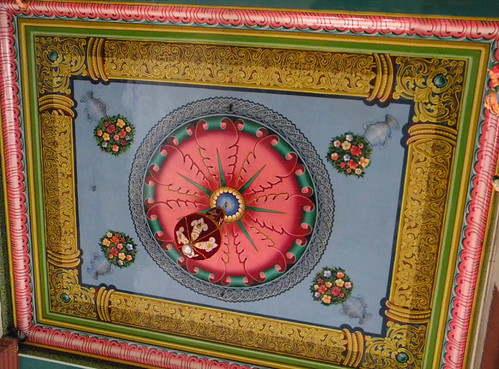 Along with the horrific Kali, there was this somewhat alarming character inside. 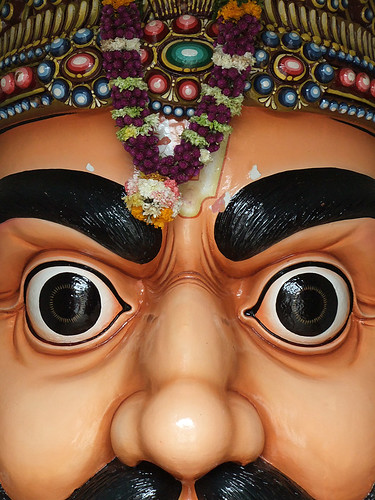 On the other hand is this peaceful goddess Meenakshi with her green skin and holding a parrot symbolic of ‘love’. 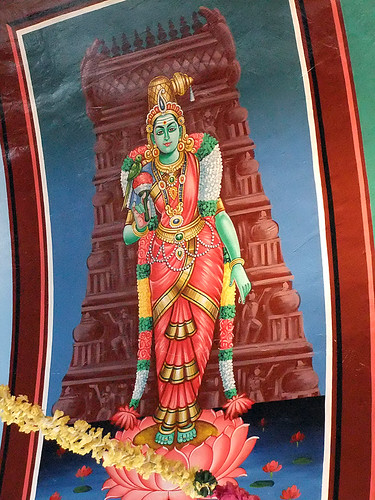 Inside people poured milk into a container as part of the puja ritual. 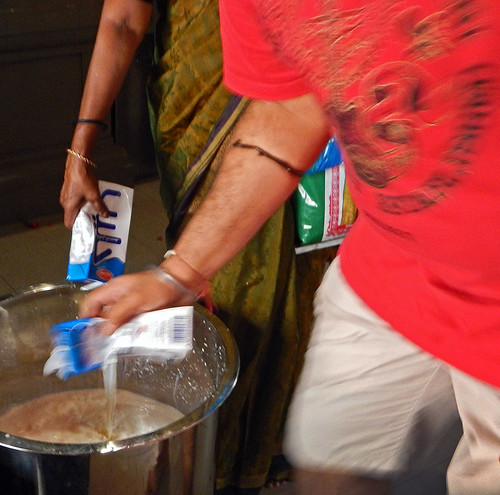 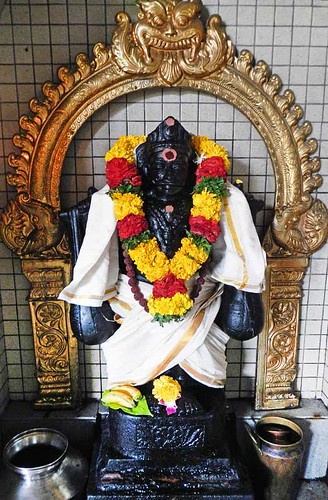 Candles made from butter. 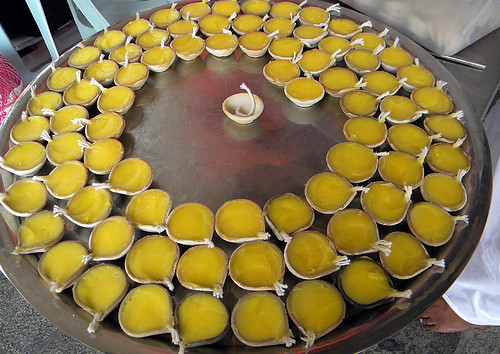 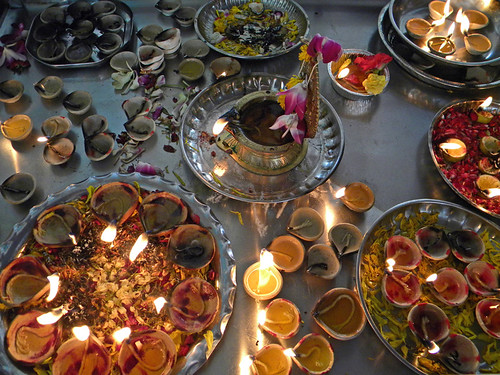 There are many who live, study, meditate and worship within the temple. 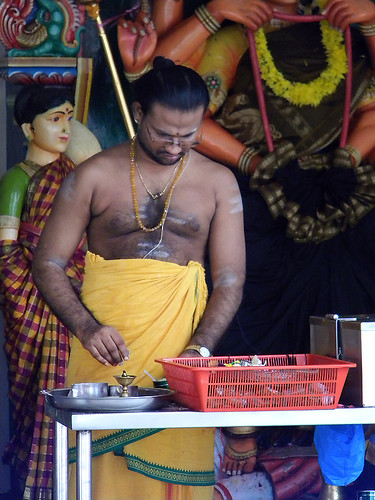 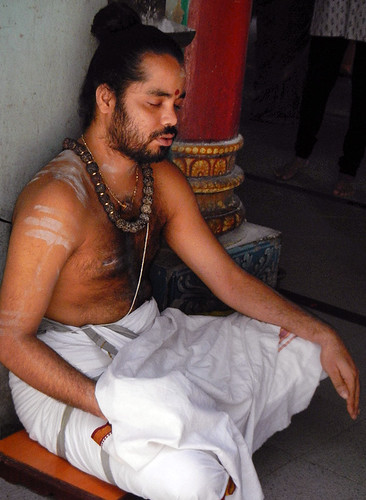 The dining area within the temple. The Mini Tiffin for $4Sing is a traditional South Indian breakfast containing Kesari (a spongy yellow seminola cake soaked in sugar syrup, milk and ghee), Idly (a white steamed cake made of rice and lentil batter), Vada (savoury fried snacks that look like doughnuts), Pongal (a rice pudding that can be either sweet or savoury) and Coffee. There will almost certainly be some chutneys for dipping. 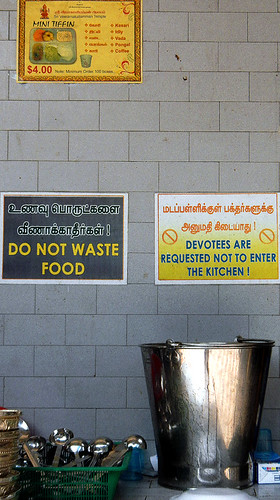 Limes filled with oil make candles that float on a bed of roses. 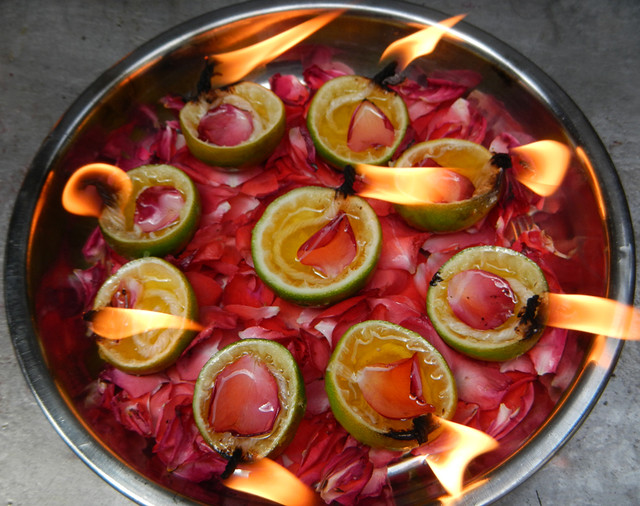