The ferry from Copenhagen in Denmark to Helsingborg in Sweden was 400DKK ($80 Can) for a two people and a small car on a 20 minute ride. 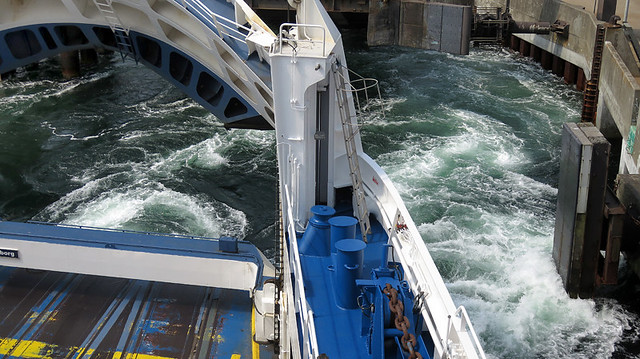 My cousin told us to get out of our vehicles as quick as possible and make it up to the deck so we could get a view of Kronborg Castle at Helsingør. 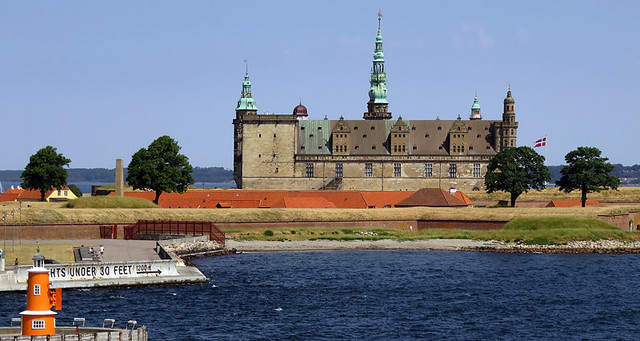 It was true, the Danish side looked like something out of a fairy tale (or perhaps out of Shakespeare as Kronborg was the original Hamlet’s Castle). 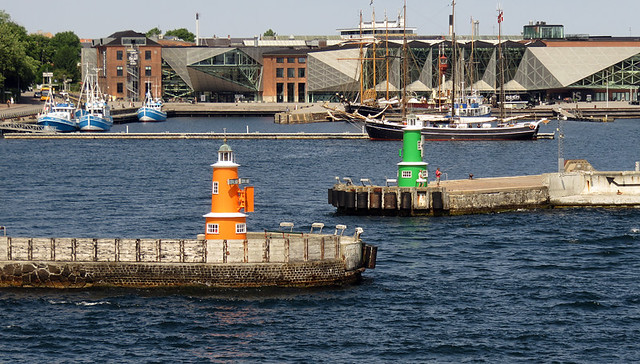 In case you were wondering, here are the instructions on where to park your yacht.

The ferry was huge with a full restaurant and multiple levels. But the 20-minute ride isn’t enough time for a beer let alone a meal by candlelight. We speculated that perhaps people got on the ferry and went back and forth several times for a full meal with spectacular and changing water views*. 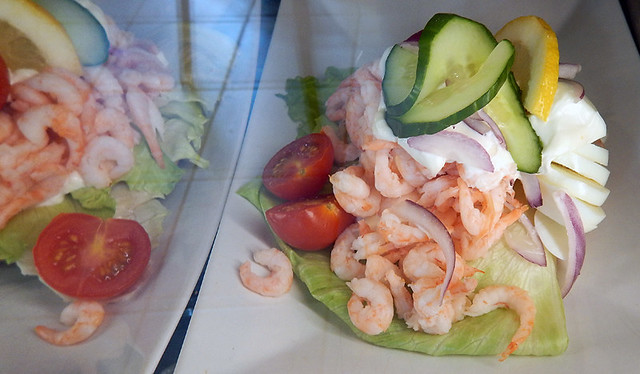 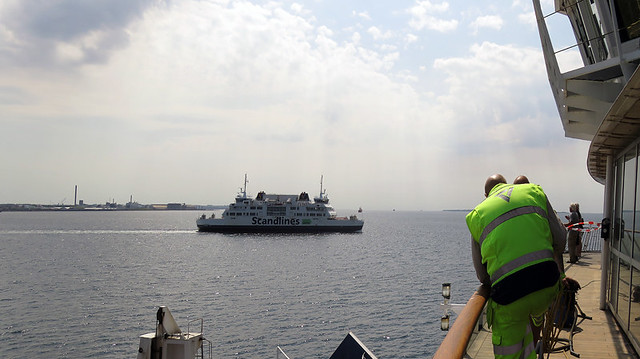 Here I noticed that the car deck was distinctly blue and yellow, the colours of the Swedish flag. 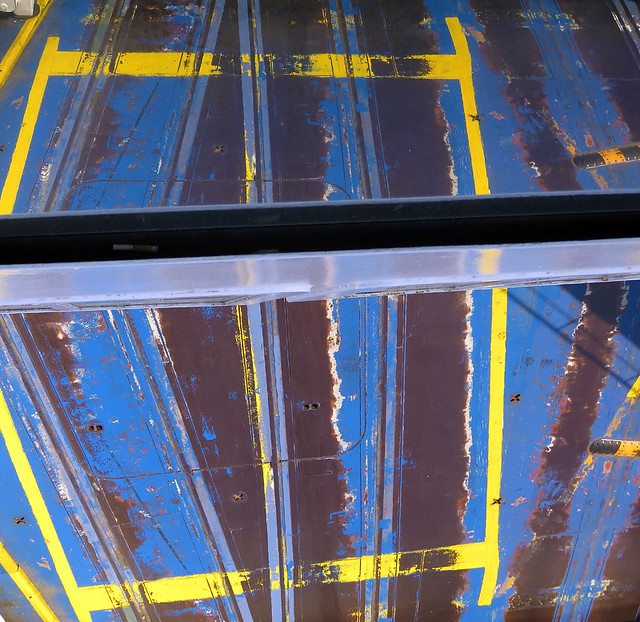 The first thing that happened when we drove off the ferry was that we were stopped and asked to produce our passports which were buried deep inside our suitcases. We hadn’t expected that – we had been told that once we entered the Eurozone in Iceland we were good for three months, and we hadn’t had to produce passports when we entered Denmark. Another problem was that it was really hot, heading to yet another 31° day. (Back from Tropical Sweden.)

After the panicked and overheated passage through passport control, we set the GPS to get out of Helsingborg, which was very much a big city and quite confusing. Finally we were cruising towards Molle, stopping briefly to check Al’s phone, only to find a rather alarming ‘no service’ message.

At any rate we had gone a fair distance when I spotted a sign saying ‘Last Grocery Store before XYZ.’ WE stopped in and tried to buy a Swedish plan for the SIM card Al had purchased in Denmark. The clerk had Lyka Mobile plans plus several others but couldn’t find anything that would work with Al’s Labara card so she sent us back “two traffic circles to a town with more stuff”.

We parked and walked a bit until we saw a mobile shop – Eureka! Or not. The two guys in the shop spent a lot of time trying to figure out why we couldn’t ‘mobile surf’ in the Eurozone – they said we should be able to. One of them looked up Labara; it’s British and they didn’t seem to exist in Sweden. They wanted to send us back to Helsingborg where we had landed over an hour ago.

I felt we had already spent way too much time just trying to get the bloody phone to work. Maybe we could find a tourist office (do they still have such things?). Maybe we could buy a map. Maybe we could just program the GPS to the next place on my small annotated map where I had marked up the route and highlights.

But Al could not exist without a phone and was determined to get data. Wandering around the town we walked first into a coffee shop that didn’t have wifi. They sent us off to the Tourist Office (called an ‘Info Point’) where the guy recommended Falkenberg say, “You can just go there and find a place, easy-peasy.”

From there we trundled off to the library for wifi and to look up the addresses of a couple of places in Falkenberg which I wrote down on the back of my map, like below only smaller and printed in black and white…

Having wasted two hours trying to sort out the phone problem I decided that we would do this part of the trip the old-fashioned way. Al finally gave up (sort-of) and we went off to Kullen Fry to see the oldest lighthouse in Scandinavia.

*Eighteen Below by: Stefan Ahnhem. Starts with a high-speed chase ends in tragedy when a car crashes into Helsingborg harbour. At one point in the book a boy takes his girlfriend on this same ferry for the buffet, and they do indeed go back and forth several times.

4 responses to “The Ferry from Copenhagen to Helsingborg in Sweden”