A collection of hugely over-the-top maximalism, mostly in the form of religious buildings.

Since I usually favour minimalism I thought I’d focus on maximalism, and then try to make it as minimal as maximalism gets.

Ornate gilded barrel ceiling leading up to a dome that was even more ‘maximal’ in a cathedral in Puebla, Mexico. 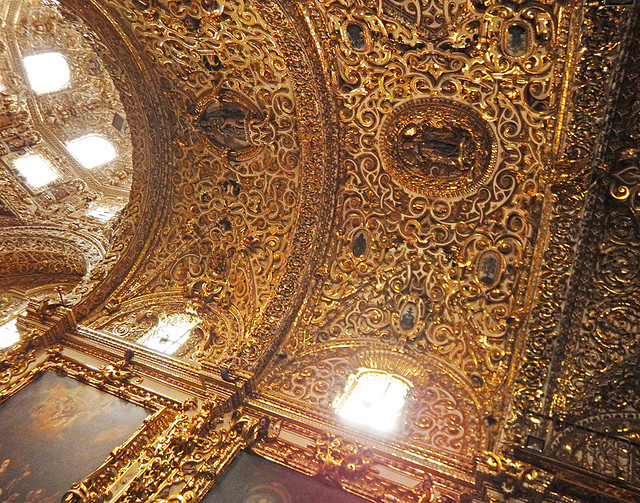 Detail of the gilded scrolls on the walls. 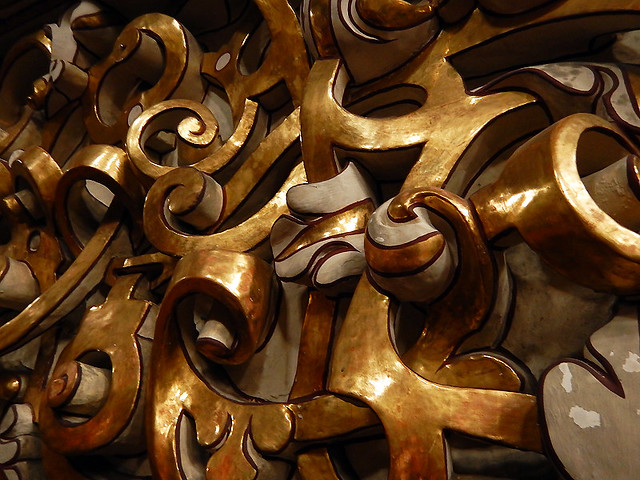 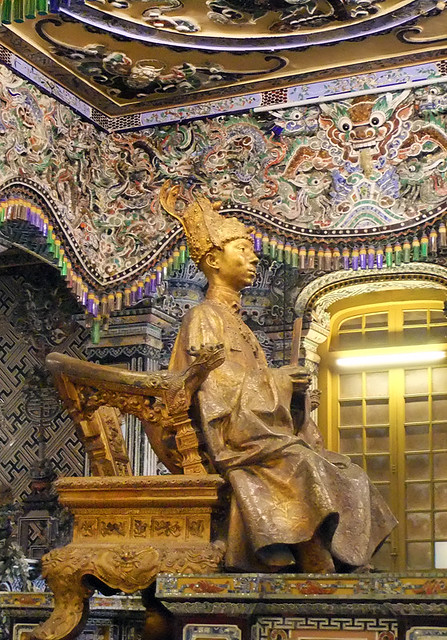 A rope around the golden king meant we couldn’t get in close, but this image, from another statue of the king in the tomb, shows the finely carved detailing on his robe. 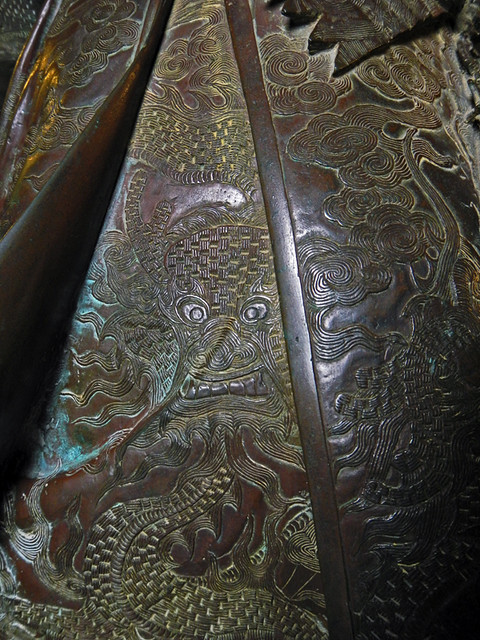 This is one of the over 4000 pillars in the Jain Temple at Ranakpur, all intricately carved of white marble and no two the same. The ceiling is similarly ornate. 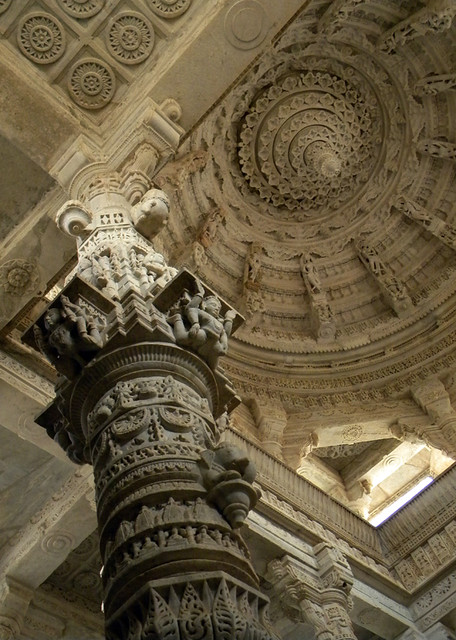 Jain is a religion in India, bearing some of the ideas of both Hinduism and Buddhism but also has concepts that are different. 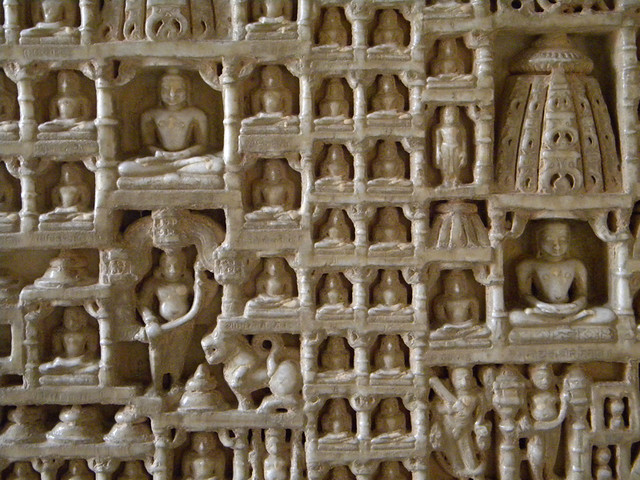 These colourful mosaic tiles in a three-dimensional floral pattern adorn the exterior of the Wat Pho Pagoda, part of the Royal Palace complex in Bangkok, Thailand. 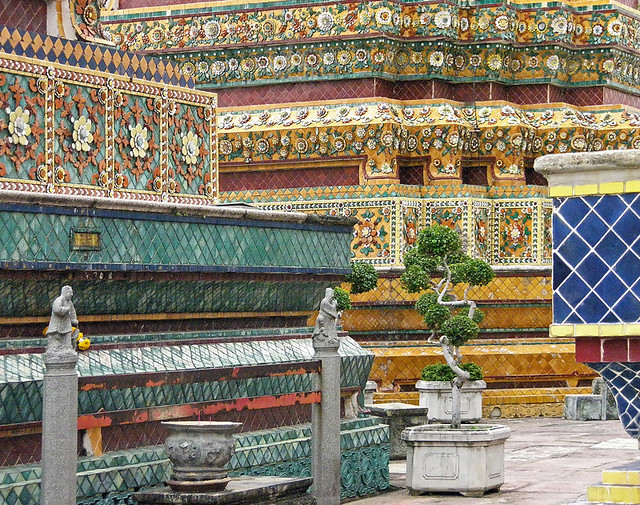 A detail of the flowery exterior from the Wat which contains a reclining Buddha so huge it is almost impossible to get the entire Buddha in one shot. 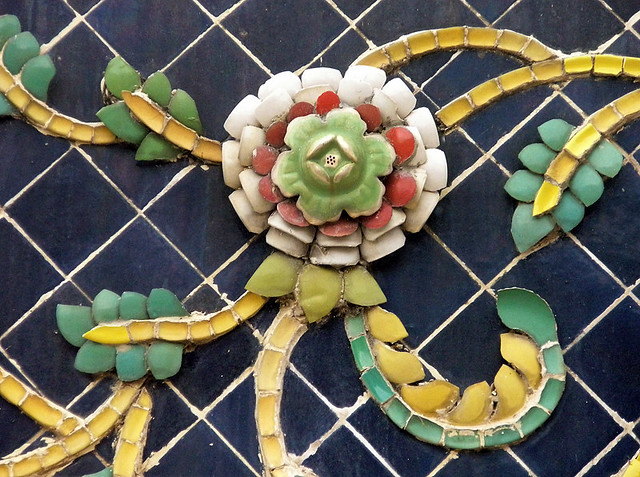 In a Buddhist temple in Penang, Malaysia, chandeliers light up an enormous golden Buddha (although only about half the size of the Buddha in Wat Pho). The intricate carving of the wood on the walls and ceilings was astonishing. 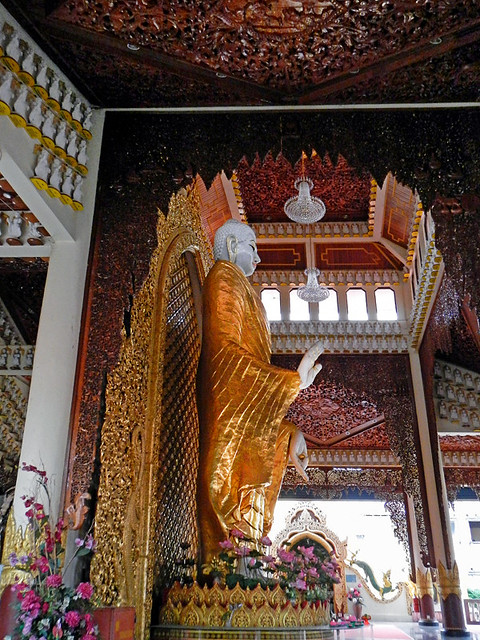 I found a different sort of gold on this fish swimming in a pond in the courtyard, an oasis of calm. 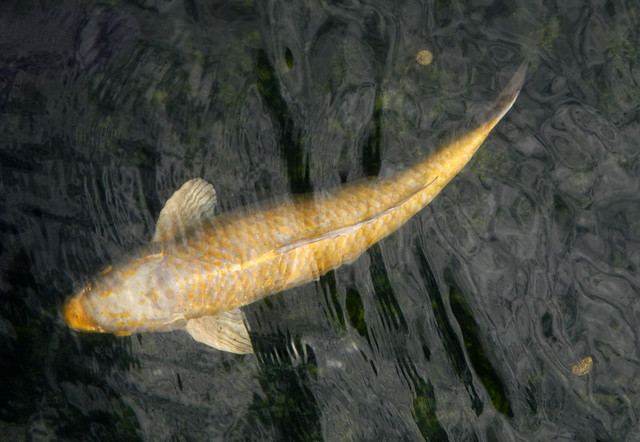 A dome over the altar of the Toledo Cathedral is painted with a heavenly scene, and ringed by sculptures of cherubs (Spain). 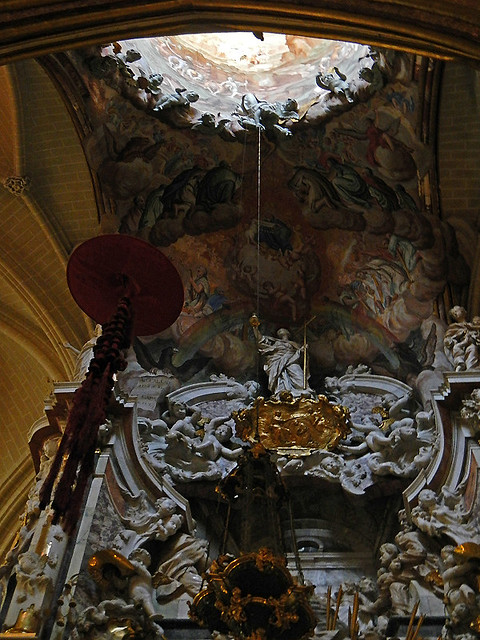 A wood carving within the Cathedral showing warriors at the gates of a walled city that may be Jerusalem although it looks more like Toledo. 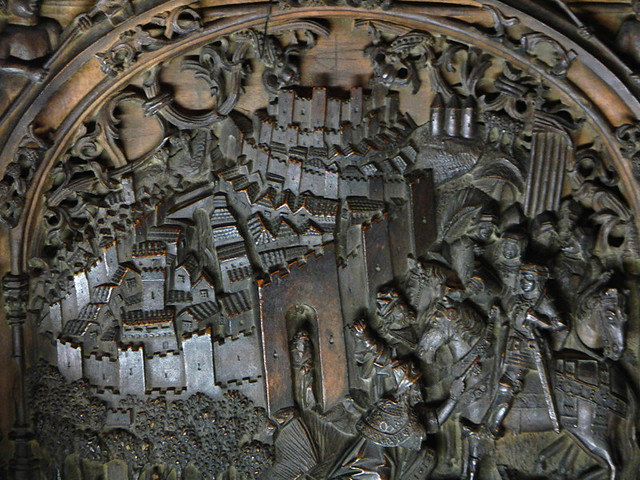 Extravagant gold-encrusted pillars inside one of the many rooms in the Buddhist Shwedagon temple in Yangon, Myanmar. 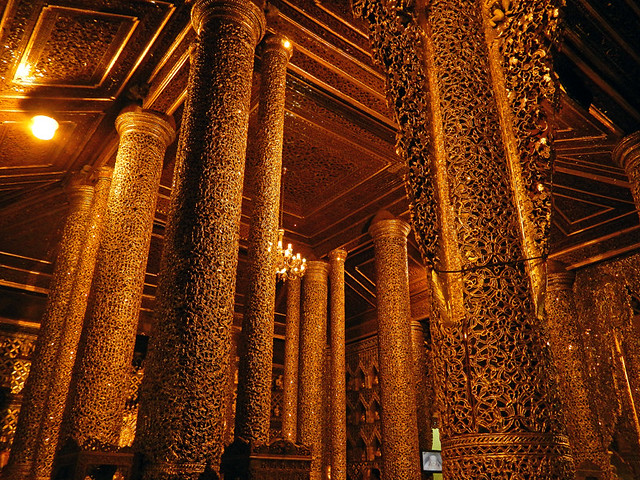 A detail of gold-leaf and embedded glass on one of the pillars. 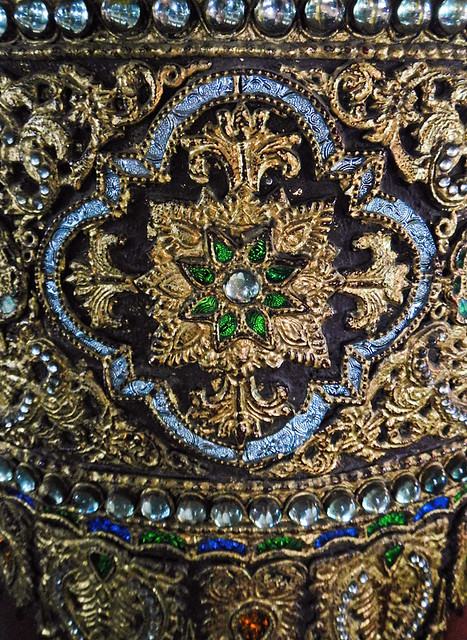 A vertical panorama of Gloucester Cathedral in England, showing a small portion of the incredible vaulted ceilings in the building.

About as subdued as Gloucester Cathedral gets. 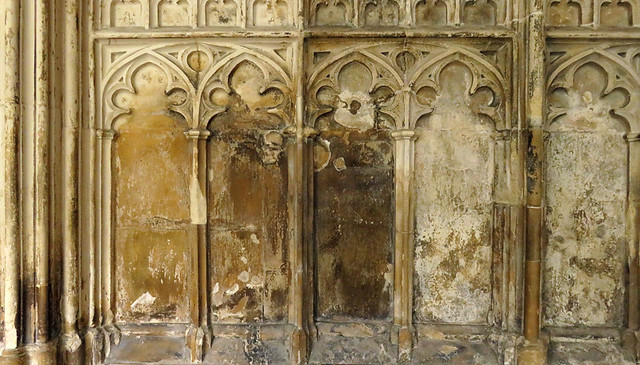 10 responses to “Maximalism (and as Minimal as Maximalism Gets)”