On a tour through South Wales in 1792 the great English landscape painter J.M.W. Turner turned out several sketches of the ruins of Tintern Abbey.

Having seen Turner’s romantic watercolour sketches, this Cistercian monastery founded in 1131 became the one place I HAD to see when I was in Wales.

The moody day certainly created some of the atmospheric effect of a Turner painting, although it was a tad to damp to sit and sketch among the ruins. 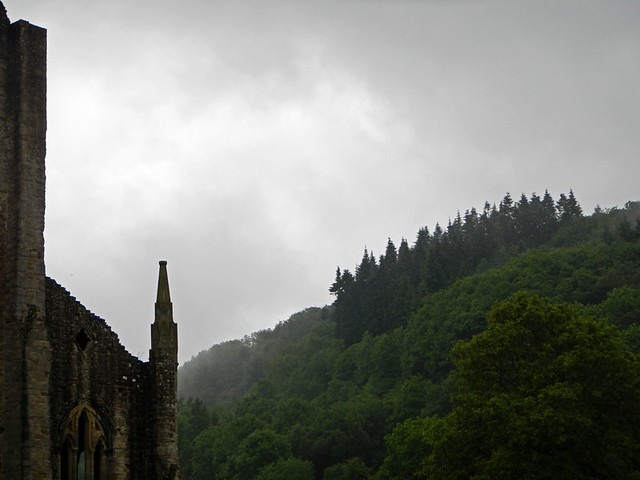 Soaring Gothic windows at what was once the main entrance into the now ruined cathedral. 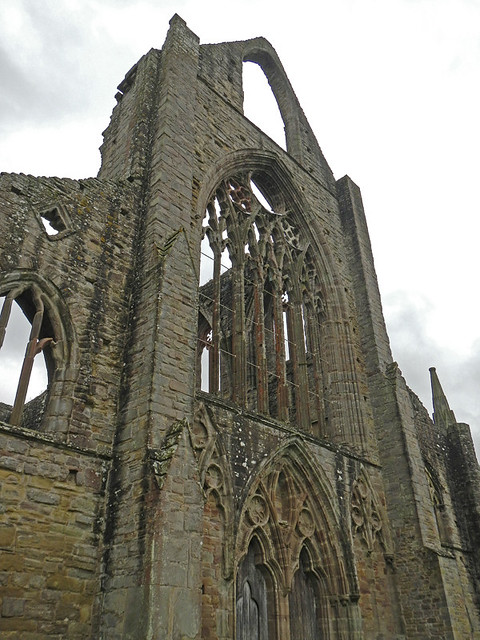 Low cloud drifts in behind the old stone walls. 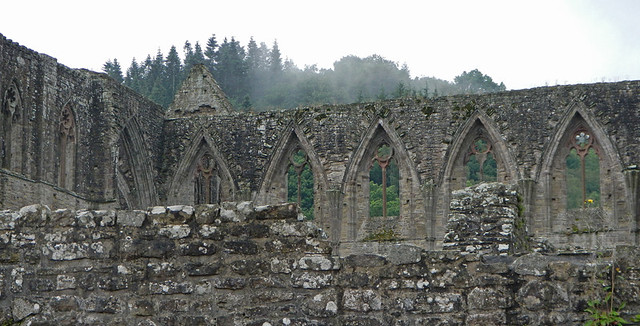 Panorama of the many Gothic arched windows in the ruins.

View through an arched window of the landscape that would have inspired Turner. 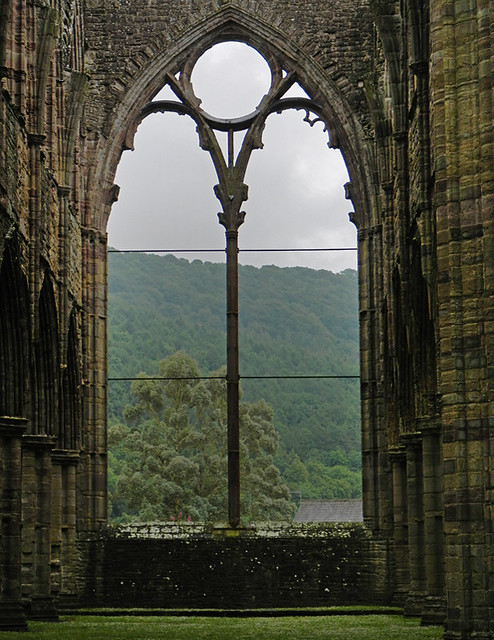 Mossy metal-clad door into a side chapel in the ruins. 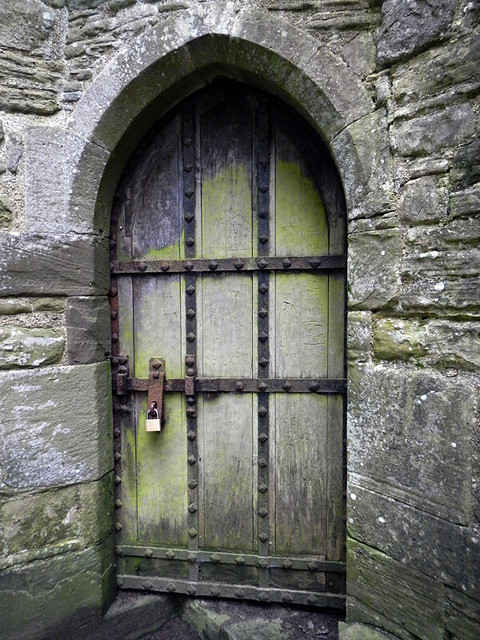 A variation of the Gothic arch on these double doors in the ruins (note the smaller human-sized door cut out in the identical shape on one of the doors). 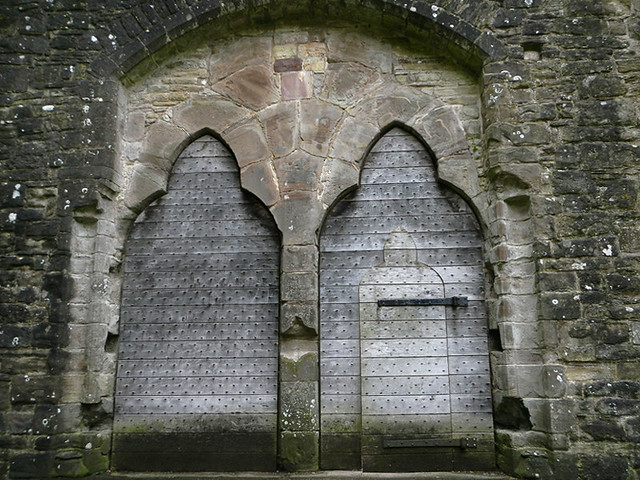 Partial altar covered in the moss of ages. 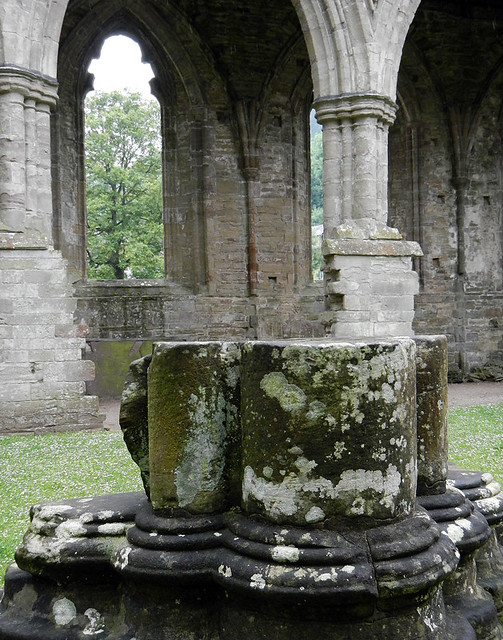 Statue of Mary and baby Jesus amidst the ruins (although she has gathered no moss and looks quite new, perhaps a reproduction of an original figure?). 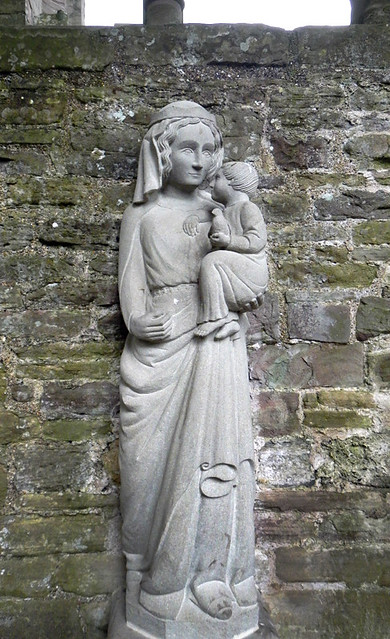 Panorama of the columns at the ruins at Tintern Abbey in Wales.

Circular cross on a tomb stone in the floor of the abbey. 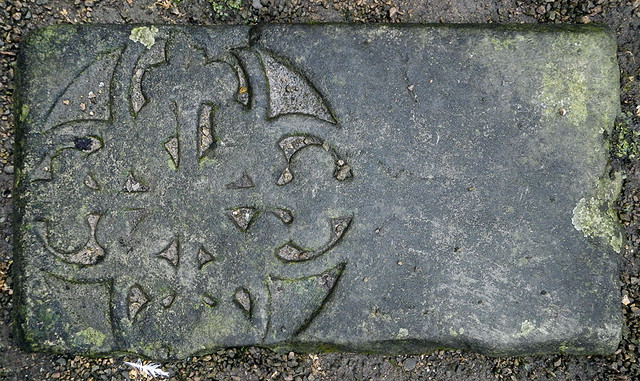 We made it to the back of the abbey in time to see a cow out for a stroll past the stone cottages and fields that edge onto the ruins. 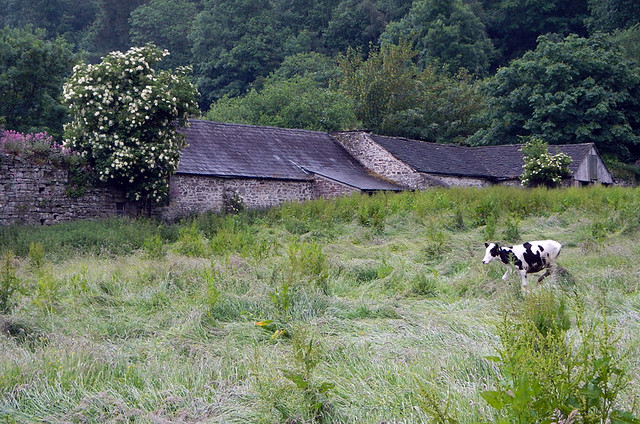 From here we were off to Glouchester and its cathedral which was also amazing.

2 responses to “The Ruins of Tintern Abbey in Wales”