A collection of Moss Green from around the world.

Mossy fish on the tomb stones in the ruins at Tintern Abbey in Wales. 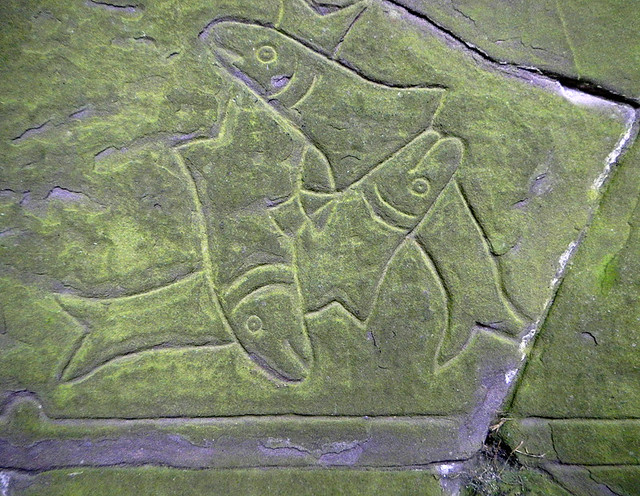 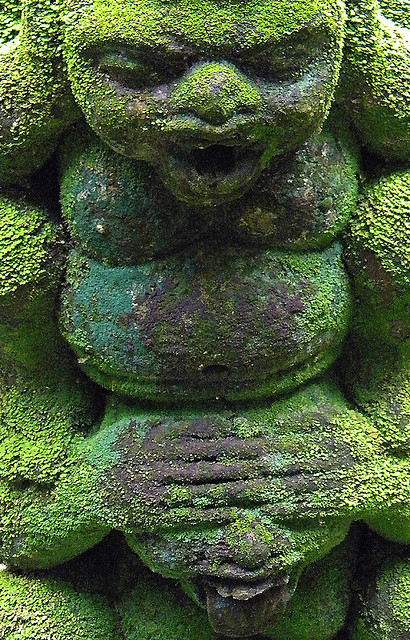 I have no idea where to start when it comes to the Emerald Isle and moss. I might have to do an entire collection, but to start here are some super green mossy trees in Glenveagh National Park, Ireland. 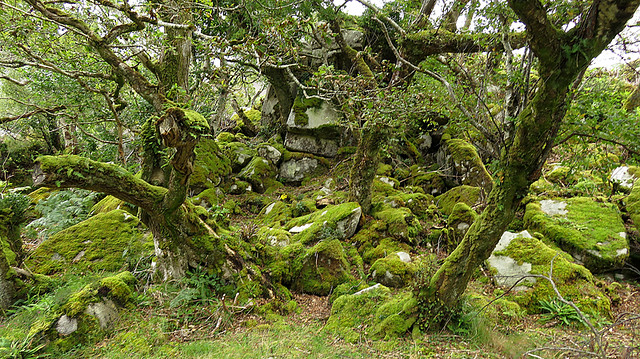 Visiting the final destination of the Monarch butterfly migration in a mossy forest in the mountains near Morelia, Mexico. 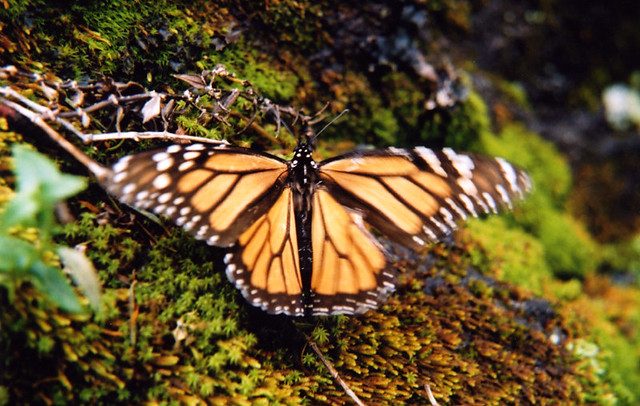 An Icelandic storm forming behind a moss-covered bus at the airport in Reyunivik, Iceland. 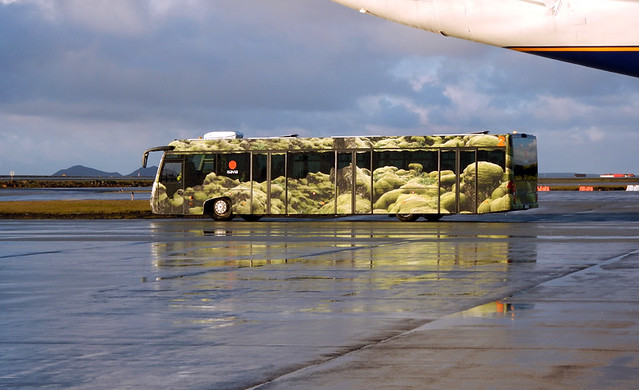 Old phone booth and rusting-out bus left to be reclaimed by the rainforest on the Hall of Mosses Trail in the Hoh Rainforest in Washington, USA. 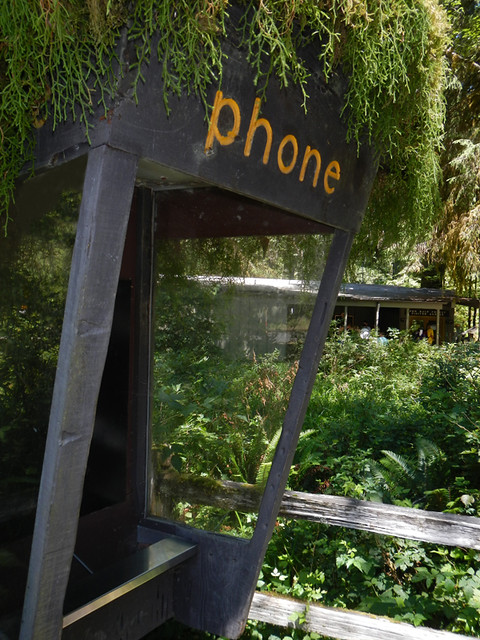 In Kyoto, Japan, the Ginkaku-ji Temple had a large moss garden full of what they called ‘V.I.P. mosses’. The grounds were meticulously maintained by volunteers. Using a roughly one square foot wooden frame to focus on a small area a woman spent her time hand-picking minuscule debris out of the moss. At this rate it would take her quite awhile to work through the 20 acres of moss-covered slopes.

I wonder what the Japanese volunteers would think about these almost perfect mounds of green moss in the Botanical Garden in Copenhagen, Denmark. According to the sign this moss goes by the name Azorella trifurcata, Trefliget gummipude, quite the mouth full. 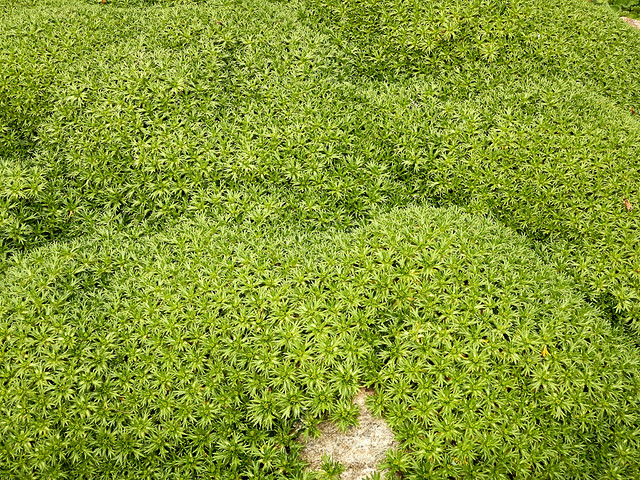 The soggy West Coast of Canada is another place that has no shortage of moss in all forms, perhaps I will have to do a post on just the local mosses. Here a mossy rock glows in a stream at the Capilano Suspension Bridge in North Vancouver. 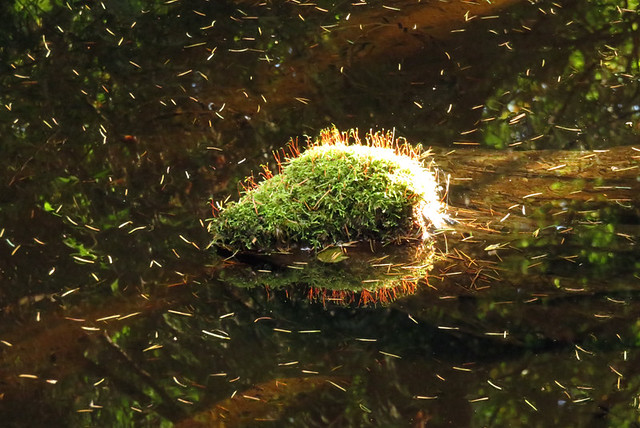 A classic fairy-tale tree in the garden at Newstead Abbey in England. 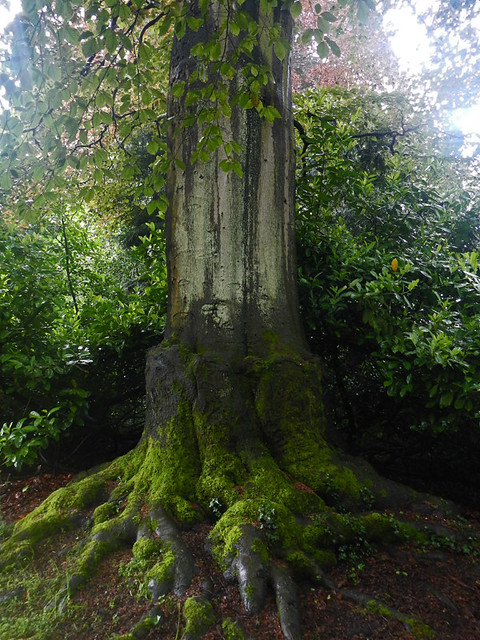 Statue of a cherub sprouting a mossy hairdo at Kasteel de Haar near Utrecht, Holland. 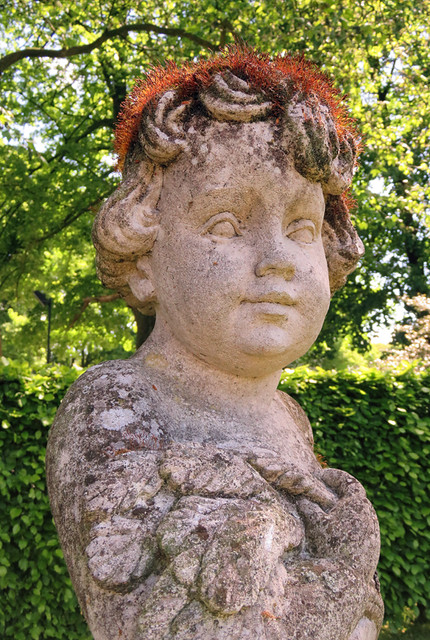 Moss on an old millstone in the forest on the west coast of Sweden. 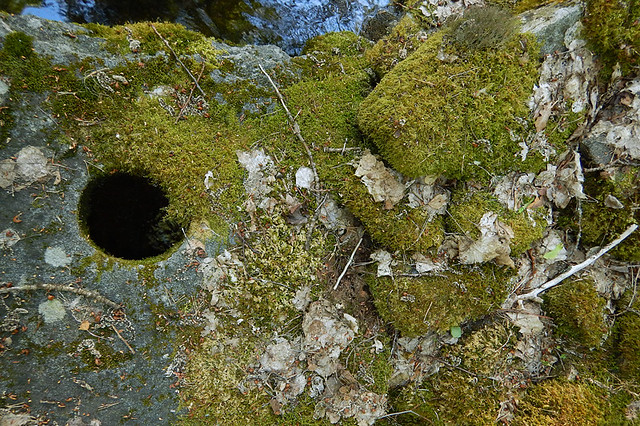 A tree amidst vines, ferns and moss in the jungle at Hanging Bridges in Costa Rica. 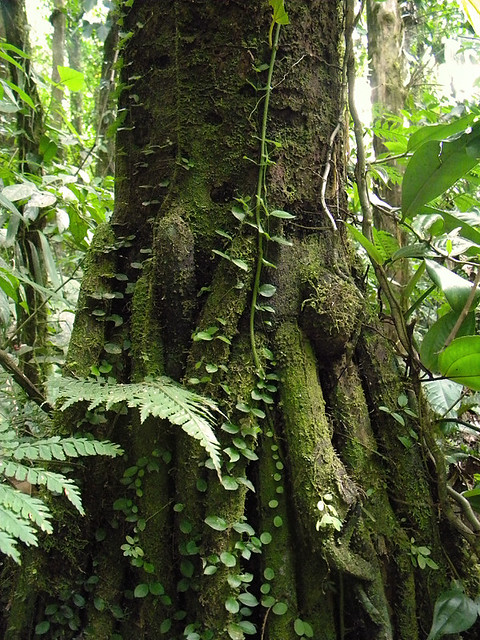 Not moss at all but a moldy wall abstract I called ‘Snow on a Mossy Mountain’ (from Fort Cornwallis in Penang, Malaysia). 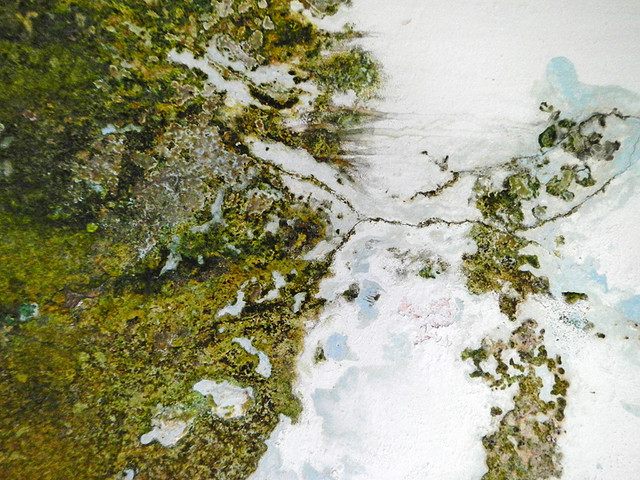 7 responses to “Moss Green from Around the World”