June 7, 2016. Started the day off right with kippered herrings and a poached egg in Milford Haven.

From here we headed across to the Pembrokeshire Coast peninsula looking for a beach called ‘Stack Rocks’. But when we got there we found a gate with a sign from the DOD announcing ‘No Entry’.

Further along the road all the best-looking spots appeared to have a £5 per person charge; we decided to skip those – the walks would probably have been stunning but at £5 a person we would have had to walk an entire day to justify the fee. Finally we found Freshwater East, a free beach with no charge, and as you will see worth every penny!

Edged with cheery yellow flowers, this sandy walkway leads to Freshwater East beach on the Pembrokeshire Coastal Path in Wales.

The ‘free’ beach Freshwater East with a long stretch of sand, and off in the distance two-tone rock formations.

The sandy beach at Freshwater East in Wales is edged with two-tone rock formations.

The predominant colour is a faded brick red. 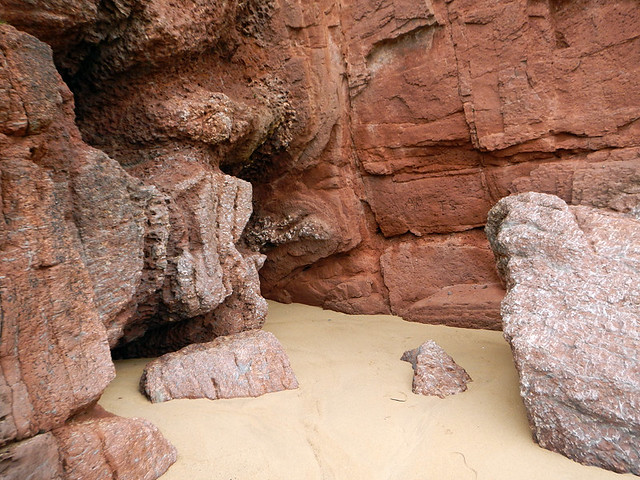 Other parts are dark blue-grey graduated tones that turn into pale green. 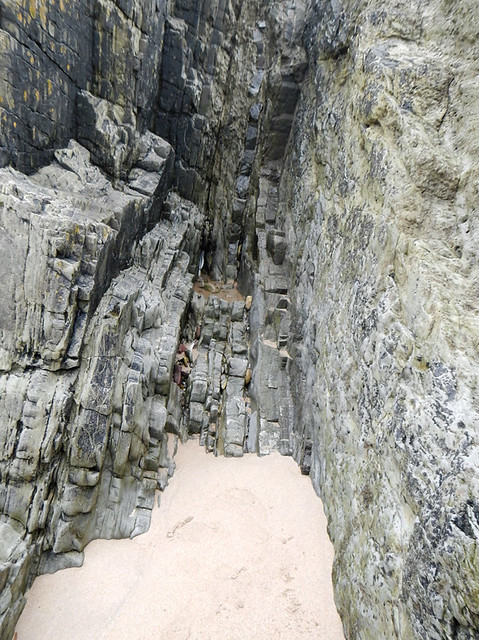 In all cases the rock appears to be exactly the same type, only differentiated with stains of red or green running through it. 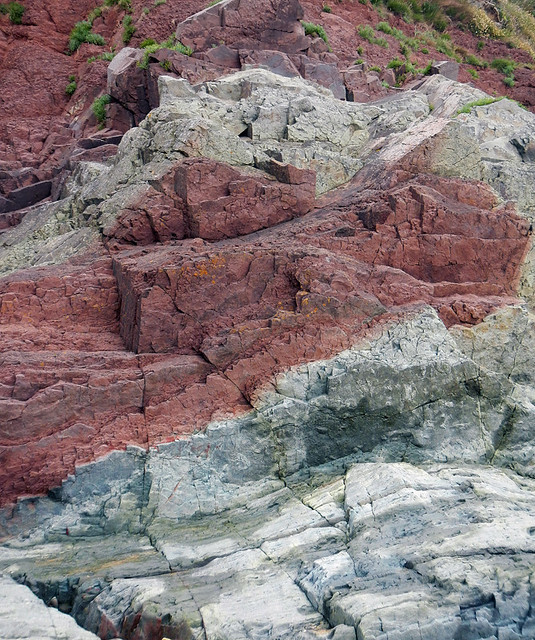 Sharp angles on the parts of the formation above the high tide level become smooth and round by the when worn away by incoming tides. 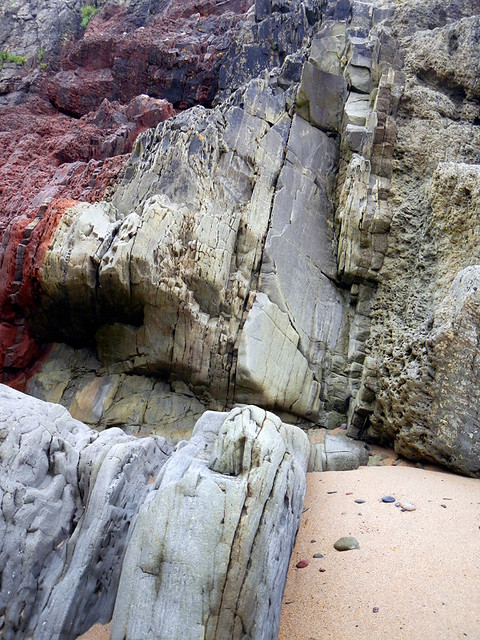 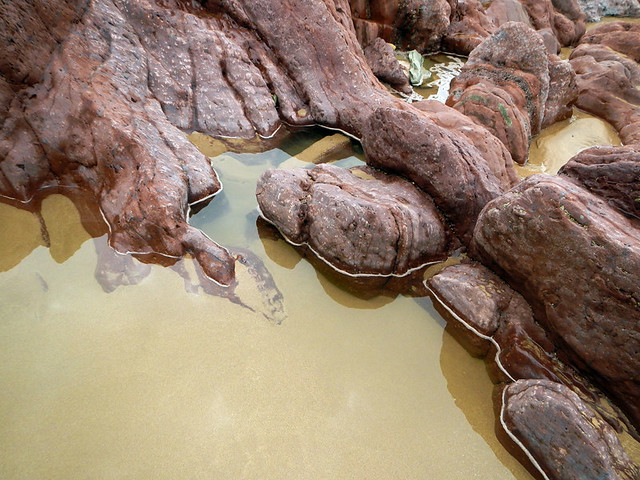 The pebbles on the non-sandy parts of the beach are predominantly red with grey splotches. 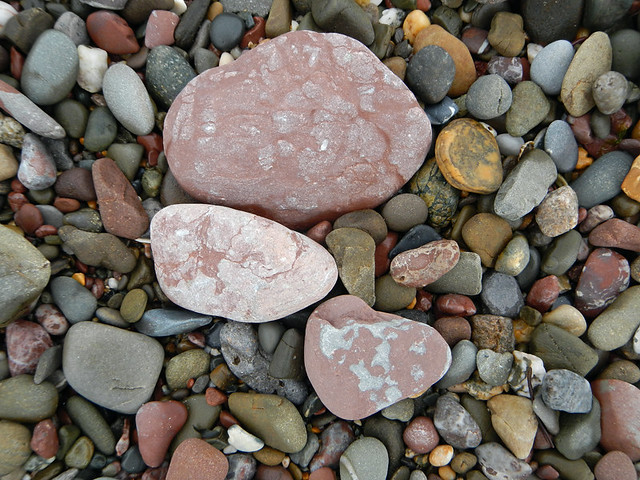 When wet, the red and blue-grey/green pebbles become much brighter.

The top two stones from a different angle on a slightly greenish rock. 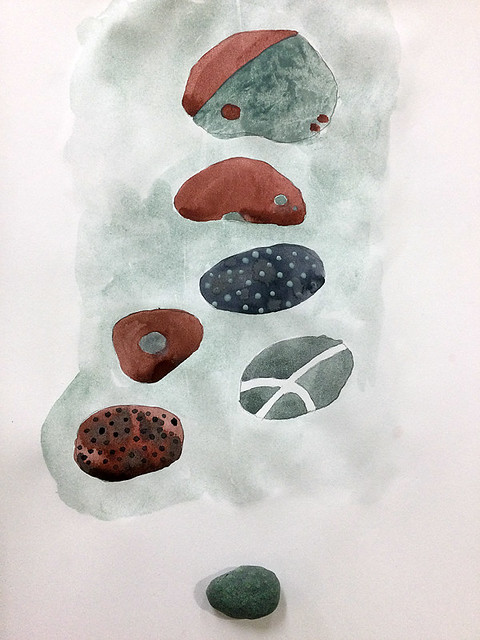 That afternoon was spent at Manorbier Castle ruins, and we finished the day in Tenby with its pastel-coloured waterfront.