This was the day we had an extended encounter with the Medieval world in Denmark.

We started in the 1300s in Vordingborg at the Medieval War Strategy Museum, and then went further back in time to the 700s in the Trelleborg Viking Ring Fortress with a final stop at Roskilde with its Viking Ship Museum.

The Medieval War Strategy Museum is at Vordingborg. 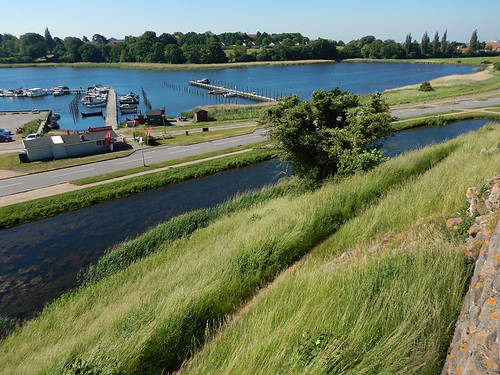 A teacher demonstrating how to use a trebuchet, a medieval stone-flinging weapon. 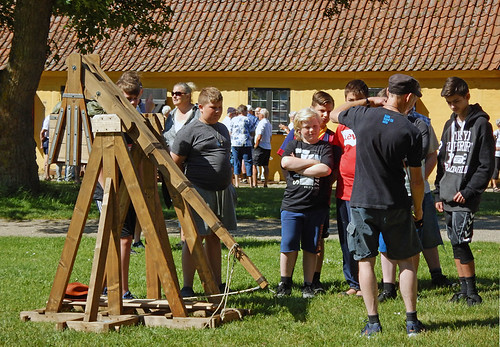 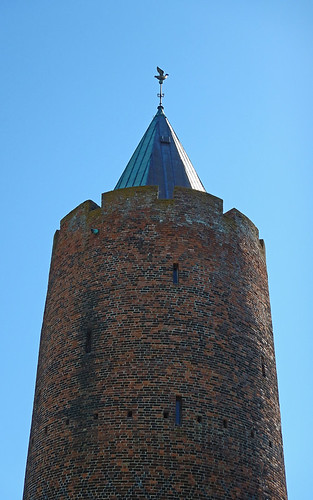 Pattern in the bricks of the Goose tower. 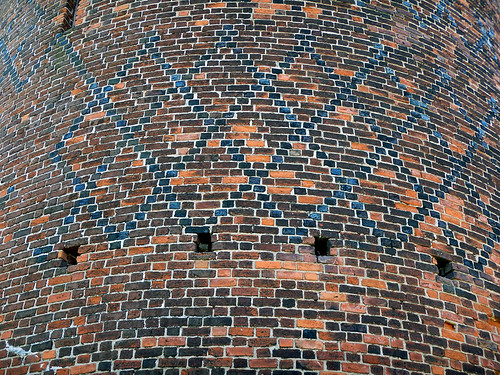 Close-up of the goose. 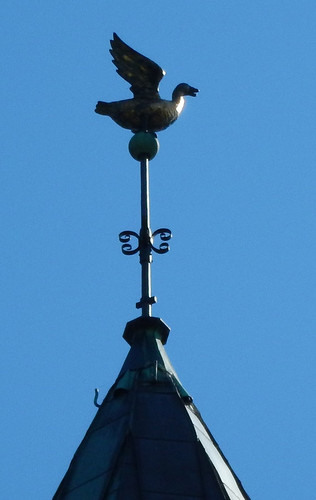 Our next stop was Trelleborg, a town with an ancient look and an even older Viking Ring Fortress, dating from about 700 AD. 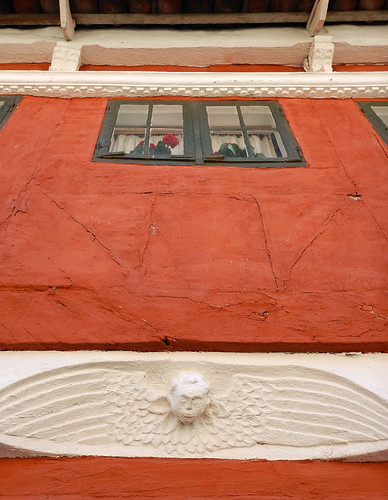 The town symbol of two churches and a bridge between them. 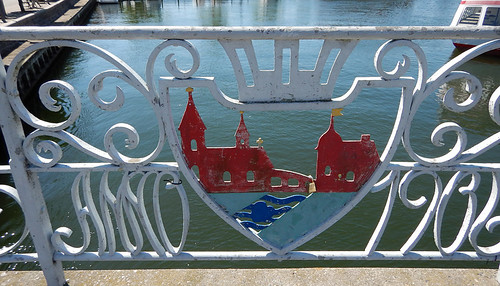 Al gets to be a snarly Viking warrior with a battle axe.

This is how female Vikings dressed – no skimpy leather mini-skirts; just modest wool and linen dresses with unusual jewelry.

The site at Trelleborg has a recreation of a Viking Longhouse based on the foundations of the buildings. 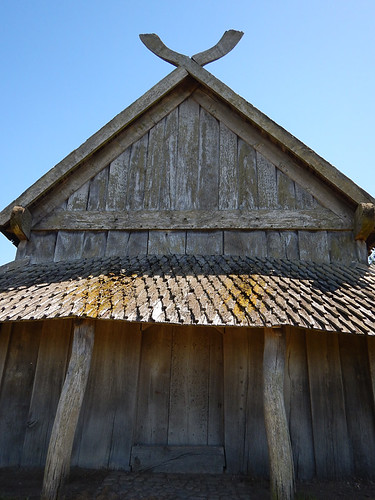 Another view of the longhouse. 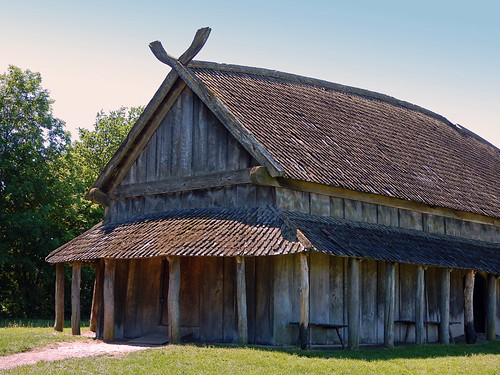 Heading out from there is a large field full of annoying lumps that make it difficult to walk on. It occurs to us that perhaps these lumps might actually be the graves. So then the question is, did they bury the people straight up and down? At any rate it turned out that they weren’t grave mounds at all but some of gopher hole. 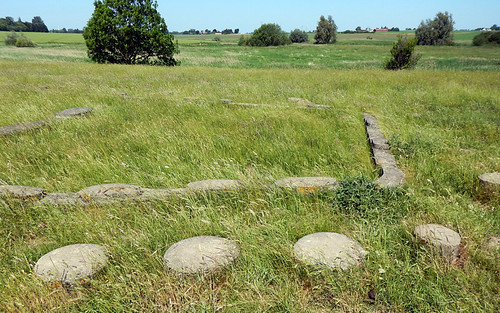 I was totally charmed by this small Viking rowboat lingering in the reeds, and later in the day I was to see a lot more at the Viking Ship Museum in Roskilde. 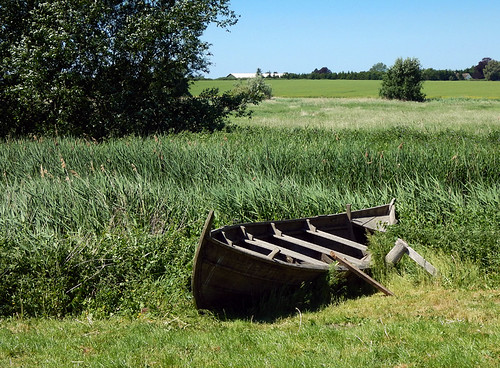 We stopped for salmon salad in Slagelse, Denmark. The Vikings ate a lot of salmon but I’m not so sure about those greens – especially the ‘gurk’ (cucumber) which is the sound I make when I accidentally get a bite of cucumber. I will remember the name now when I see it on menus as it sounds like ‘gherkin’. 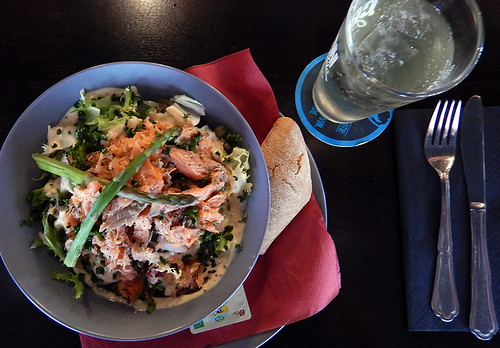 Viking meals were usually accompanied by øl (ale). The øl in this pub was most impressive because it appeared that the Vikings had made a short detour to Scotland to pick up some øl from our favourite Scottish craft beer maker: Brewdog! 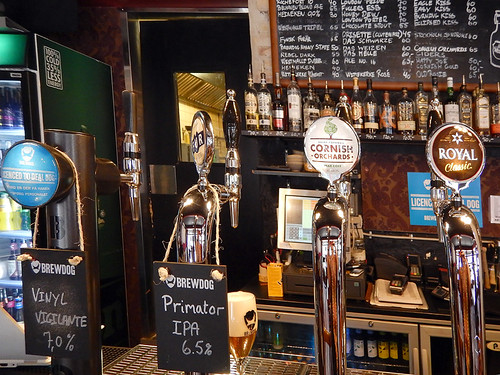 This was also the hottest day we had experienced so far, cooling down to 31°C at five o’clock when we arrived in Roskilde. But the Viking Ship Museum closed at six so they wouldn’t let us in, saying it took at least two hours to see it properly. 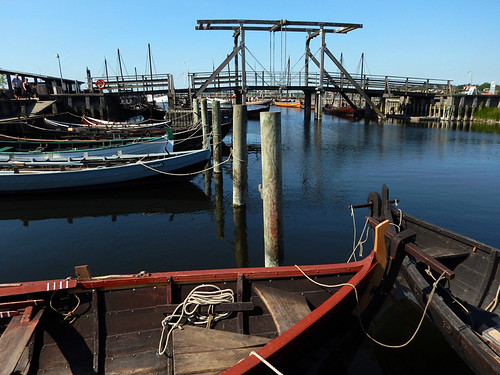 However, they did allow us to wander around the dock areas and admire the many Viking boat replicas. 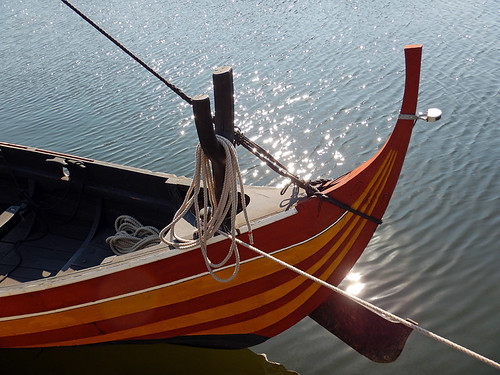 They all seemed rather small. 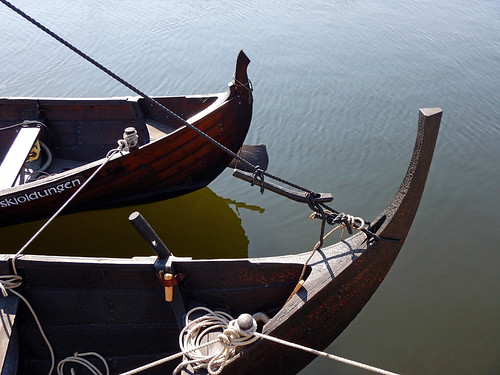 On July 4th, 2007 a Viking ship called Havhingsten fra Glendalough (Sea Stallion of Glendalough) began a long journey from Roskilde. This ship isn’t very big either. The crew of 60 or so men and women look awfully crowded and exposed, based on this photo from the museum of the ship underway.

The Sea Stallion is a recreation based on a 9th Century Viking ship that was excavated from the Roskilde Harbour. The crew sailed/rowed it from Denmark to Dublin in Ireland, a city founded by the Vikings, continuing along the coast of Scotland and then returning to Roskilde via Norway and Sweden. I wonder if this was when they picked up the Scottish Brewdog beer?

The Sea Stallion (Havhingsten fra Glendalough) having a well-deserved rest.

My artsy shot of it. 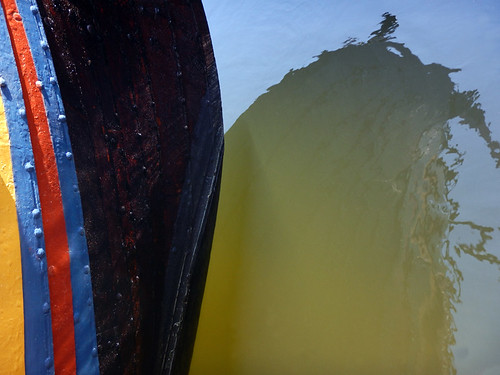 The museum’s artsy shot of it – I’m jealous!

Our route in Zealand, Denmark, overnighting in Kalvehave on the May 29th and Helsinge on the 30th.

When people think of Vikings they think of an early Medieval people who believed in the gods of Odin, Thor and the gang. They were active from about 700 AD to 1000, when the old gods were taken over by the Christian god, when the two worlds collided and then melded.

The Middle Ages in Denmark starts roughly about 1000 AD, when Christianity took over from the old gods. This lasted until 1536 when the Lutherans replaced the Roman Catholic Church.

In honour of our Viking/Medieval day I started reading the Norse Mythology book I had brought with me. I’m afraid I became quickly confused by all the names, of not only the gods, giants and dwarfs but also the place names, and the names of their animals and specialized weaponry, all unfamiliar Scandinavian words which all sounded the same. Thor I was familiar with, but his hammer has a name and so does his belt of strength. And then there’s his wife, a couple sons and stepsons and a daughter, and various giants plus all the places he travels too…

More on our 2018 trip to Sweden and Denmark.

One response to “Travelling through Medieval Denmark”