June 4, 2018. From Alingsås we drove a leisurely route to the Bohuslän coast of Sweden, continuing along it and stopping at the seaside villages of Grundsund, Fiskebäckskil and Fjällbacka before arriving at Grebbestad, our stop for the night.

We had arrived in Sweden in the middle of an unprecedented heat wave, and once we had settled in our Grebbestad B&B it took some time, food and a fair few beer to finally cool down.

When we came out of the restaurant I noticed that it was just hitting the golden hour down in the harbour area. 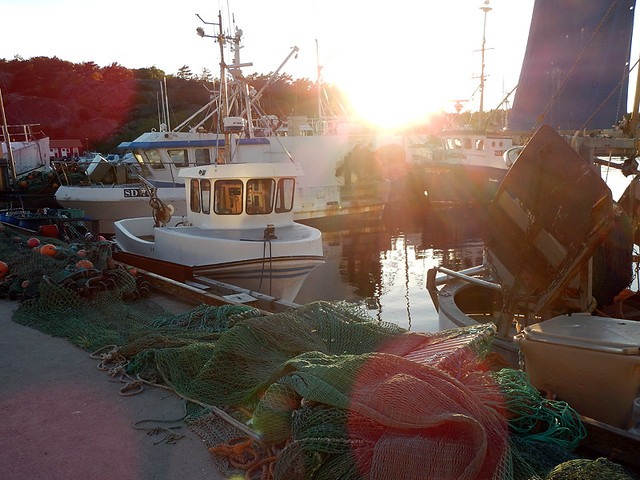 I was snapping pictures like crazy, racing down the road, shouting at Al, “Hurry, hurry, I have to catch the sun before it’s gone.” 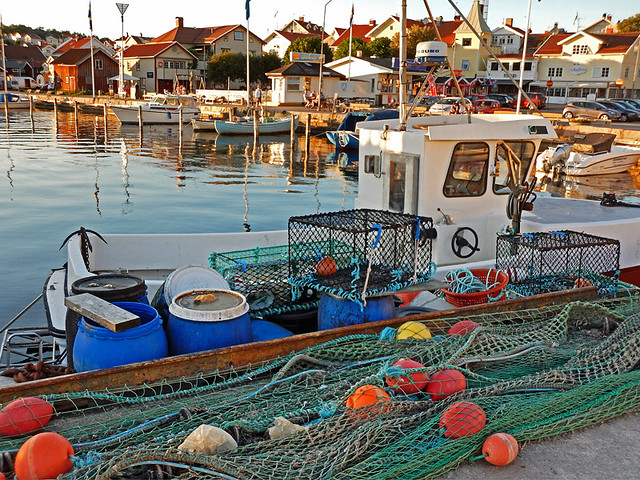 Boats basking in the golden hour. 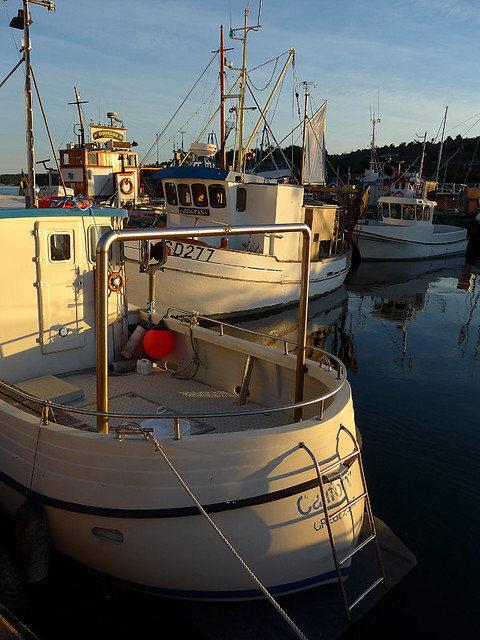 Behind us the sun created this highlighted view of the town. 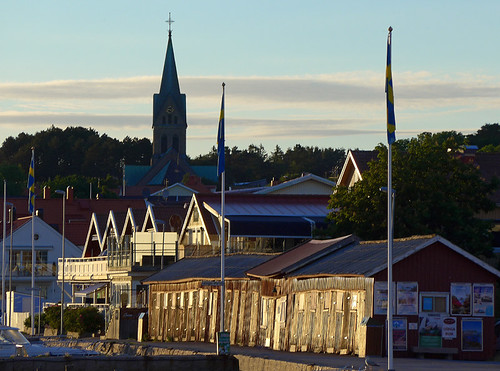 We carried on down the road. 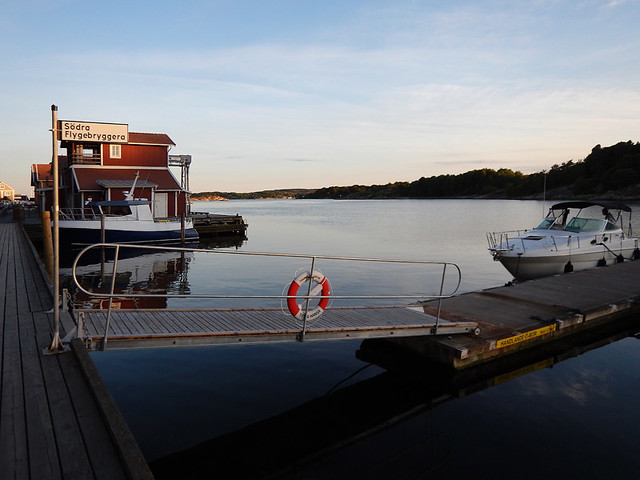 Silhouettes of the buoys at the marina. 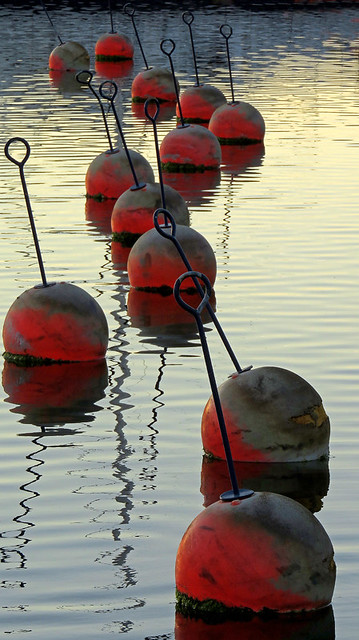 The sun half an hour later. At this point I realized how far north we were, and that we were only 17 days away from the longest day. 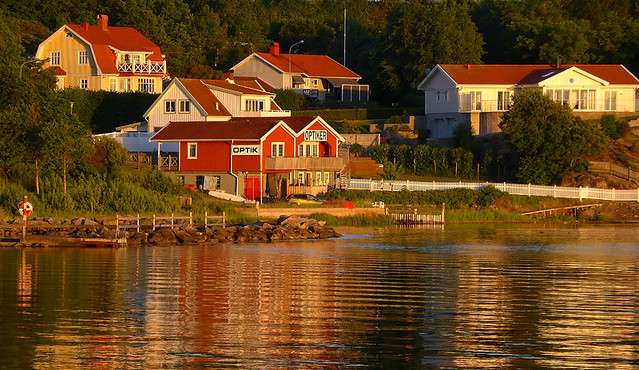 Along the way we discovered a whole bunch more restaurants that were open. Since the sun wasn’t going anywhere fast we stopped at Grebys for a beer. 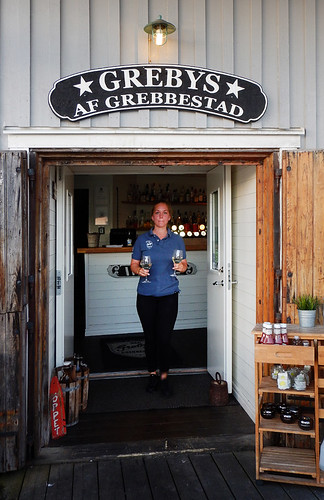 A beer tap at Grebys that dispenses ‘Tail of a Whale Wheat Ale’ by Brutal Brewing. 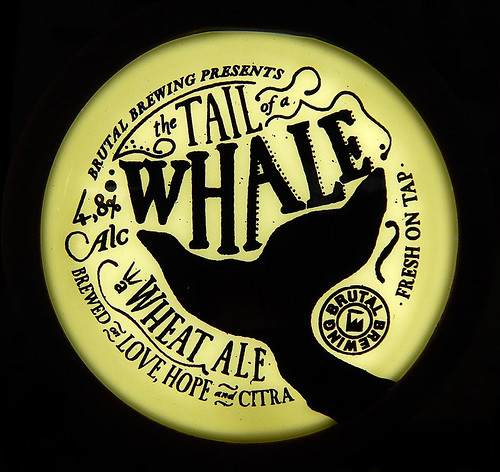 ‘A Ship Full of IPA’, also by Brutal Brewing – I love the designs… 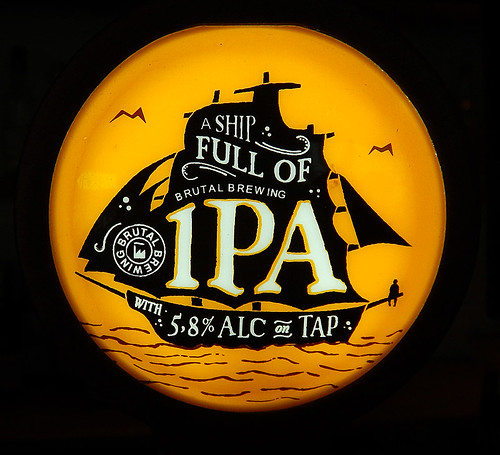 Of course we had the IPA, and are familiar enough with beer descriptions to almost be able to read the description in Swedish… hmmmm… medium lager with aromas of grapefruit, melon, citrus and some kind of flower using Cascade and Amarillo hops from America and the Australian Galaxy hop. Fresh with 40 EBU (IBU, International Bitter Units) and hmmm.. 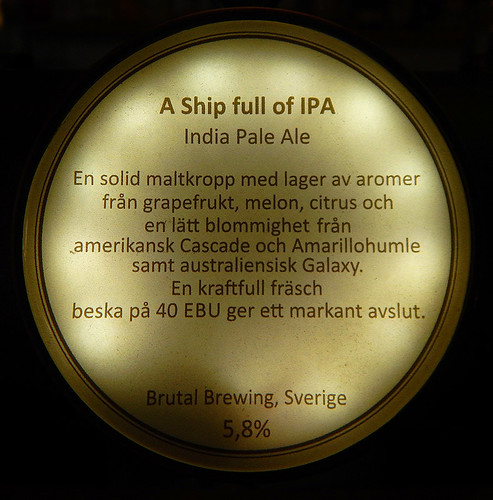 Al had a ‘Ship Full of IPA’ and I tested the West Coast IPA from Grebbstad Brewery. It was still light out an hour later. 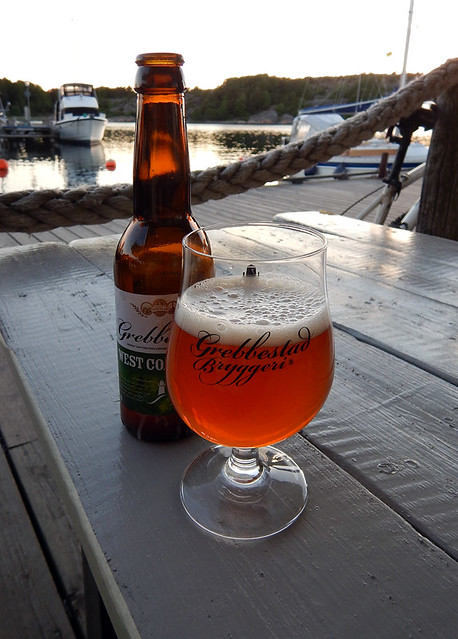 This is the sky two hours after I had been racing down the waterfront shouting, “Hurry, hurry!” 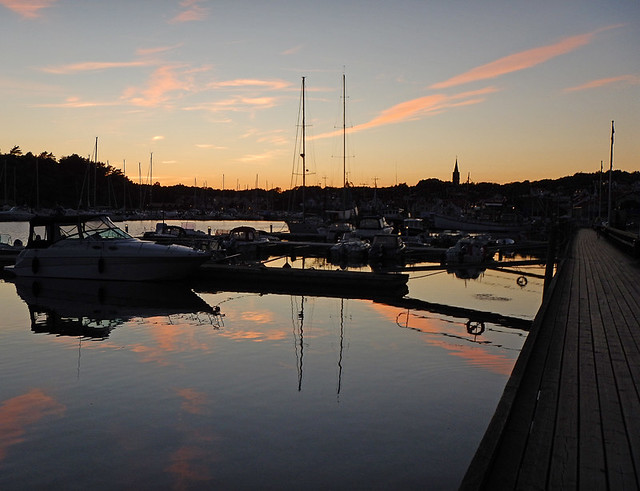 After a good night’s sleep we got up for a rather lovely breakfast of cereal, juice, coffee, yogurt, cold cuts, cheese and bread at our Grebbestad B&B, enough to get us going for a couple of 6K walks through the petroglyphs of Tanum, a place where the Bronze Agers hung out. 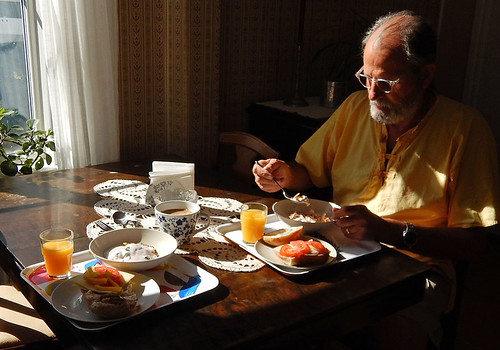 7 responses to “An Evening in the Golden Hours of Grebbestad, Sweden”