A collection of red apples, and red apple-like fruit and vegetables from around the world. 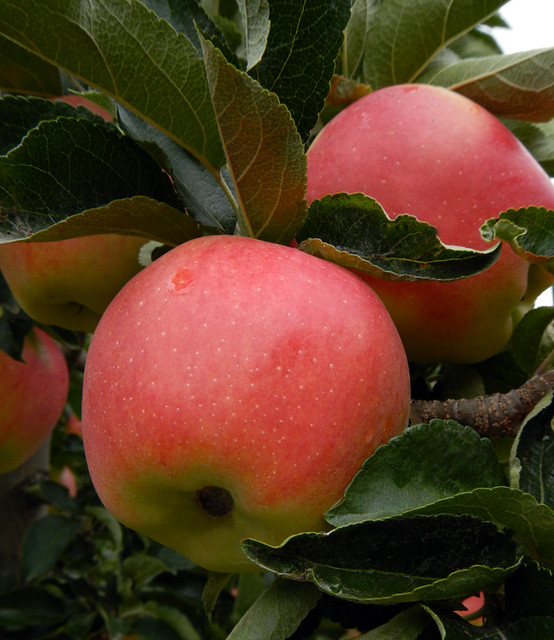 Apples from China with a message on them – I thought it was ‘Happy New Year’ because they appeared in the stores around Chinese New Year – however I’m not sure – can anyone translate for me? 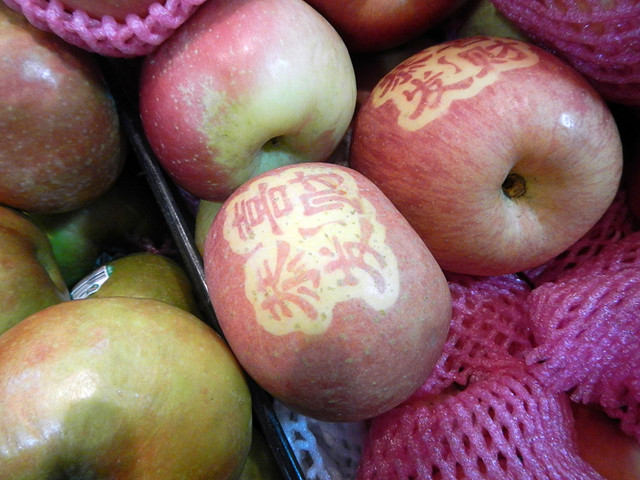 At a Food Fair in Belfast, Ireland the cider display showed samples of the different types of apples that the craft ciders were made from. 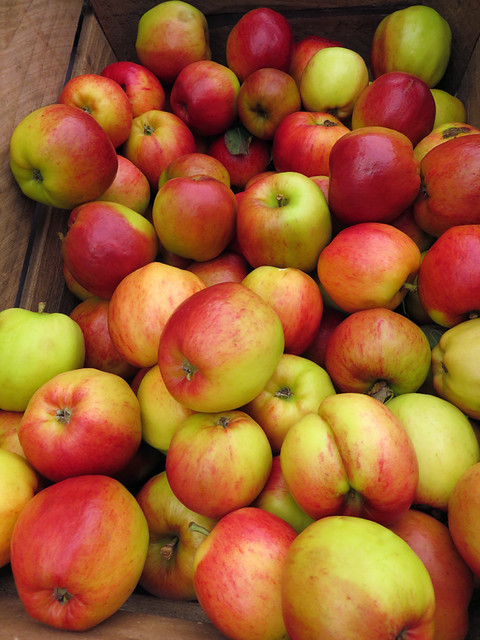 Most peculiar pickled(?) apples in a store window in Brussels, Belgium. 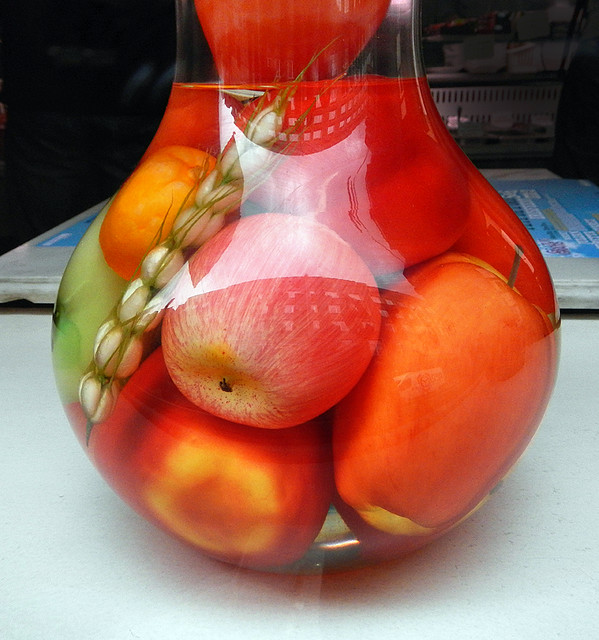 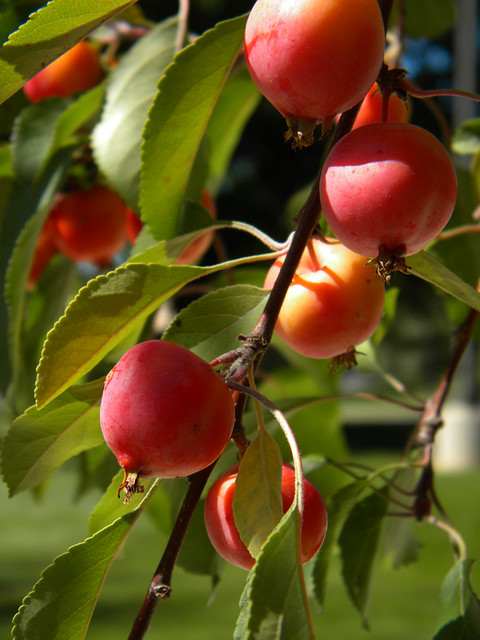 Dark red apples on a tree in the BC’s Okanogan. I’m not sure what kind they are but the leaves are definitely apple leaves. 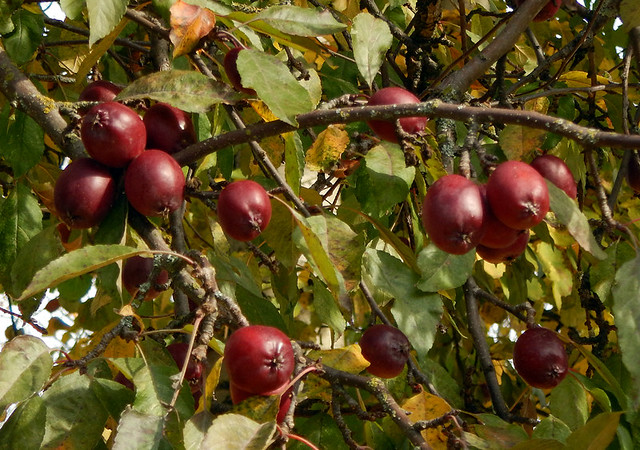 Fruits that are named after apples in English and French.

Pineapple, resembling a cross between an apple and a pine cone, growing in a garden in Singapore. This is the only red one that I have seen but I am sure there are others. 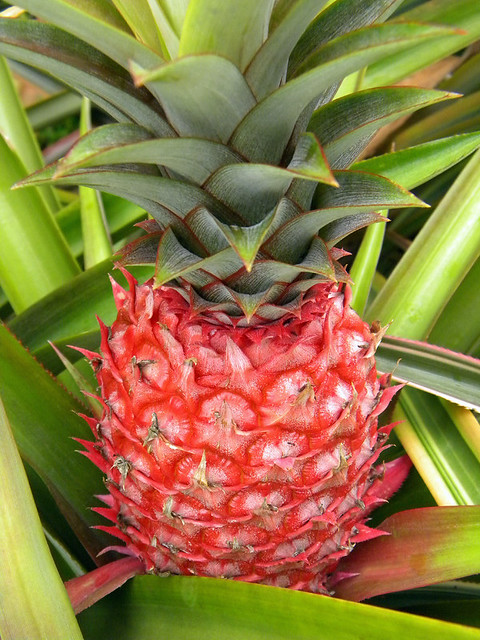 I did a post about the Roseapples I saw growing in orchard by the Mekong, Vietnam. This is one of my most viewed posts; I suspect mainly because very few people have written anything about them… 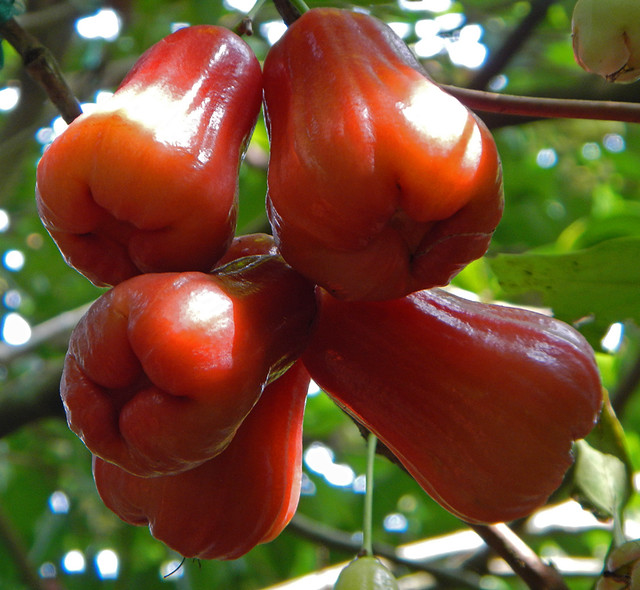 Also seen in the Mekong, this ‘Starapple’ fruit for sale. When ripe they have a gooey bright purple interior. 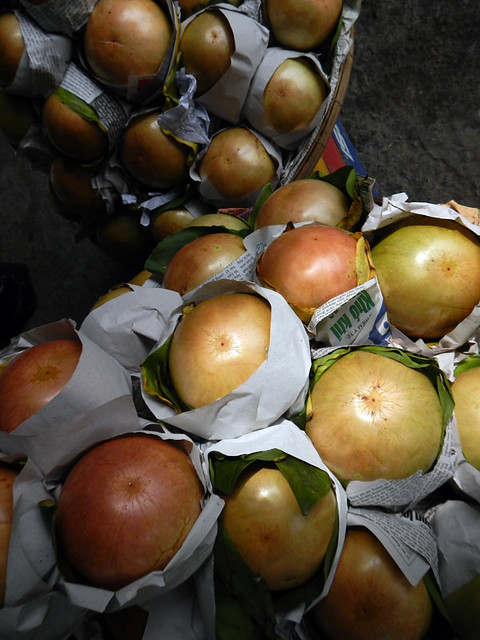 Most certainly GMO Hothouse red tomatoes at the Granville Island Market, Vancouver. If this was Quebec they would be called Pommes d’amour (Love Apples) in French. 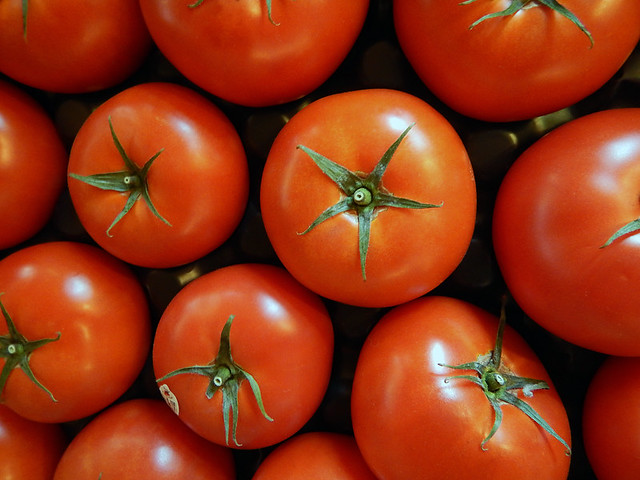 Then there is these rather unapple-like ‘fruits’ called Pommes de terre, Apples of the Earth, in French. And yes, they do come in red, as well as white, yellow, brown and purple. This is from a watercolour done for the Spanish course I’m working on, showing a few of the potatoes that come from Peru, the country where they originated.