One of the other guests in our hotel had mentioned Playa Ropa, up the highway a short ways and then down a steep walkway. 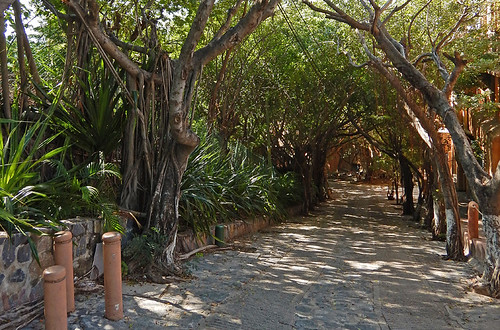 We decided to try it and ended up going there several times – it was a lovely long beach, very clean and good for swimming.

It was a beach worth going back to and we did later in the week. That evening we went back to the town proper, and discovered a new favourite taqueria, El Carboncito.

On this day we took the bus to Playa Linda in Ixtapa which let us off by a ‘cocodrilario’ pool at the entrance to the shopping area. 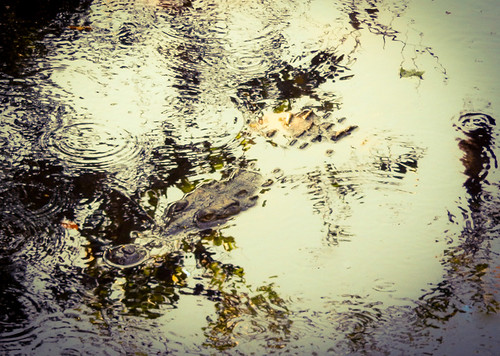 The shopping area was filled with anything you would ever need at the beach, and a few you might not. 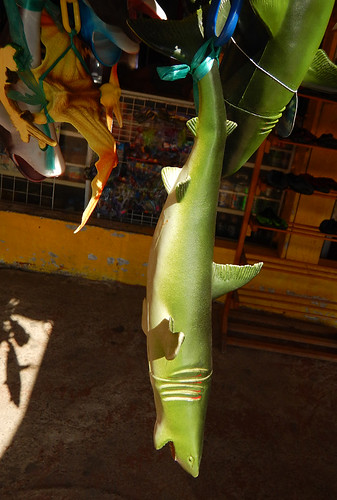 We took the water taxi over to Isla Ixtapa. 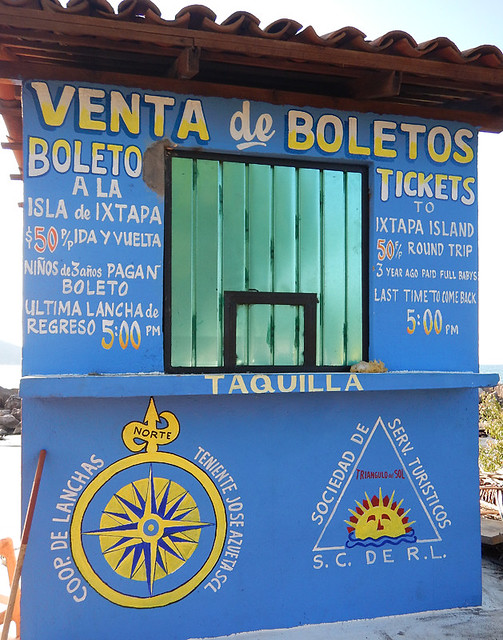 The island is an ecological reserve, known for its snorkelling at ‘coral’ beach, rabbits and deer.

There is also a restaurant-fringed swimming area. 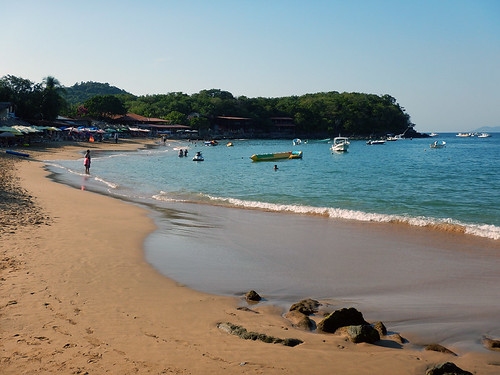 The morning fish market in Zihuatanejo took place by the old beach.

Yummy hotcakes for breakfast while watching the action at the fish market. 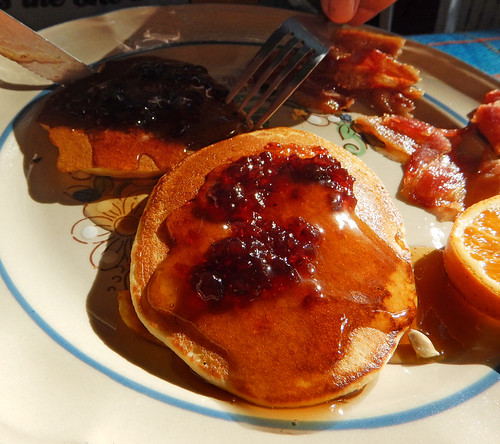 Another walk to Playa Ropa again. A couple at our hotel highly recommended the restaurant El Manglar on Playa la Ropa “near the end”. 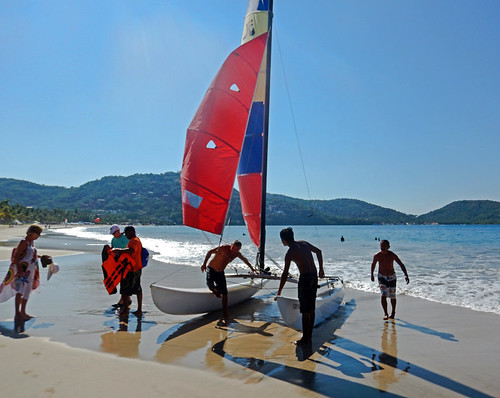 Google Map of Zihuatanejo and its beaches. 20 years earlier we had stayed near the Muelle Zihuatanejo, the town pier. This time we stayed near Playa La Madera, where we spent the next day, and the day after we went to Playa La Ropa, a long swath of sand which was totally new to us.

Today we headed off to Puerto Escondido on a route that had us pass through Acapulco, number 2 on the list of cities with the most murders in the WORLD!

On our taxi to the station we saw Federales, the Mexican name for the National Police Force, riding in the jeep in front of us. What would it be like in Acapulco? People running around with guns in the street? 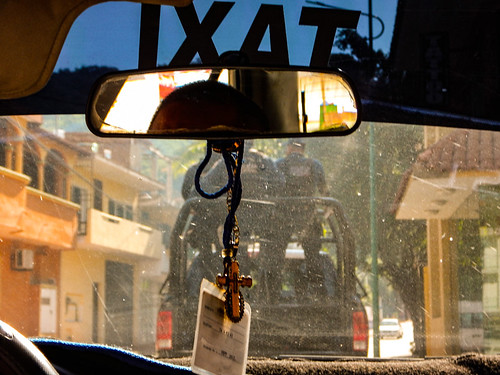 It would be a long day on the bus, getting to the bus station to catch the 8 o’clock bus to Acapulco Papagayo, and from there taking a bus to Marquelia.

The bus was late getting in and didn’t actually leave until 8:45. When it finally came it was LUJO (luxury): lots of leg room (Al was in bliss), hot water at the back for tea or coffee, a popcorn snack.

NOTE: Planning this segment of the journey had been tricky and there weren’t a lot of online resources. At one point I wanted to fly from Zihuatanejo to Mexico City, spend a few days there and then fly to Puerto Escondido, anything seemed better than taking a bus through Acapulco.

One thing I did find online was this schedule for the Alta Mar bus line which indicated it took 3 hours to go from Papagayo to Marquelia. This was the 14:30 schedule but it seemed there were a fair number of buses leaving during the day. As it was we arrived at Papagayo at 13:30, had to exit the arrivals section of the station, and go into the departures section. There we were able to buy tickets on the next bus to Marquelia which turned out to be the bus on this schedule.

Once the tickets were purchased we were directed to go into the Sala de Espera (Waiting Room) for an hour. There was a massive sense of security at the bus station, guards all over the place, and only people with tickets allowed into the Waiting Room. The food selection inside was sad – all snacks, some dried-out sandwiches, shrivelled wieners that had obviously cooking for hours, nuts, sweets, flan.

The bus left on time but there were some delays because of holiday processions and traffic jams on the highway, and we arrived at 18:30, not 17:30. So that was  9 hours sitting on buses and a one hour wait at the station.

Another find on the internet was this Zihuatanejo to Marquelia retiree blog. It took them about the same amount of time to do the same trip, and they spent a few days there. It’s fun reading.

5 responses to “Zihuatanejo on the Mexican Pacific Coast”