I love botanical gardens, partly because I’m always curious as to the name of the plant I’m taking a photo of. In the early days of film I took copious notes and even did sketches, like when we went to the Kyoto Botanical Garden in late October of 2003.

Compared to the obsessively controlled gardens at the Japanese temples, where not a speck of foreign material was allowed to exist, the Kyoto Botanical Garden was the second messiest botanical garden I have ever been to.

The trees were not overly interesting and the ground patchy, with bare earth in some spots and masses of weeds. Still, there was an artist painting them, something I hadn’t seen amongst the temples. Perhaps the temple gardens were considered an art form that existed perfectly as they were, with no need to do an artistic interpretation. 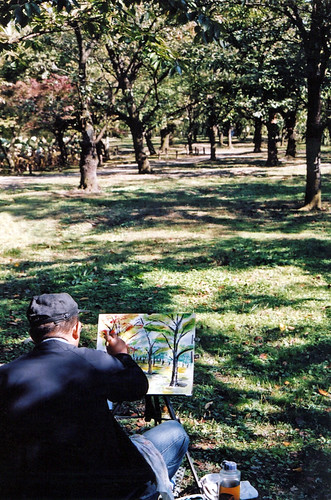 In one section there were loofahs and other gourds hanging from trellises made from metal pipes. This was when I learned that loofahs were a type of gourd or squash! 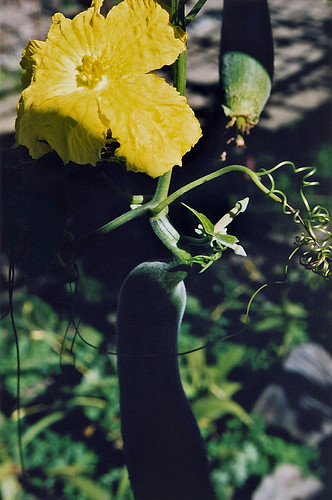 Someone had scribed graffiti all over the large white squash.

My sketch of the hanging squash with notes.

This is my ageing population shot – three 80-year plus guys birdwatching from a pagoda at the edge of a pond.  All three had top-of-the-line digital cameras (2003!) and were zooming in on a bright turquoise kingfisher which showed up as a flash of azure! Then they would eagerly gather around and look to see who had captured the best shot, and we joined in the flowing admiration. This shot is a bit blurred because these old guys were in constant motion. 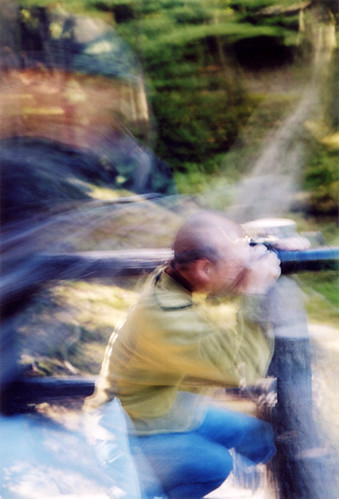 There were several ponds. We tried very hard to find perfect specimens, especially among the waterlilies. 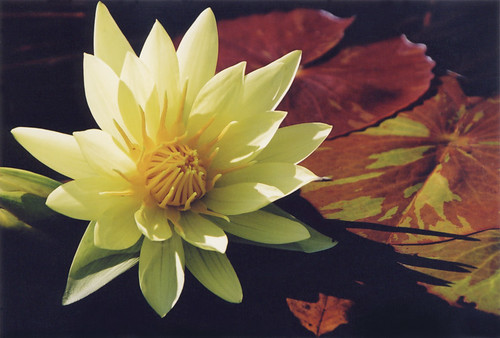 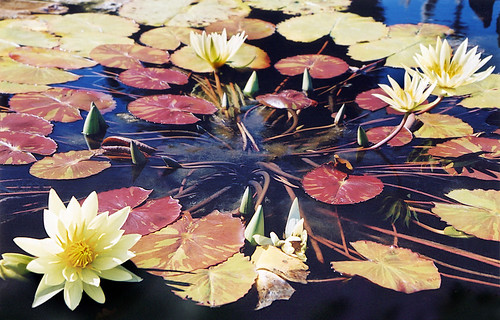 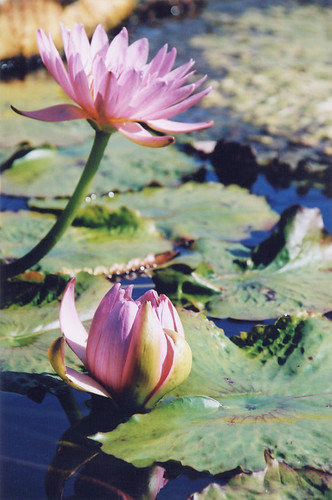 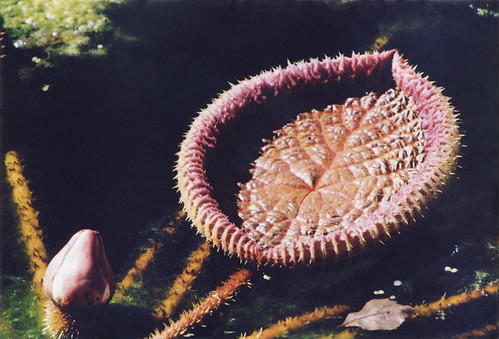 But the lotus pond was a tangle of brown and decaying leaves, certainly way less than perfect, and again, someone was painting it. 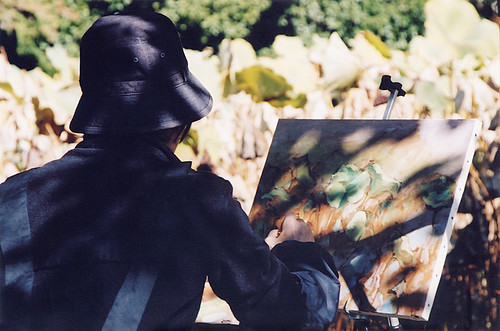 This is one of my favourite photos of reflections of Lotus pads in the pond. 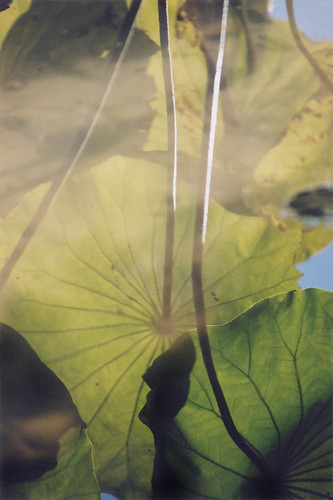 My quick sketch of lotuses in the pond.

Because of the time of year the flowers were a tad messy as well, although the autumn leaves were still in their full glory. However, the bright maple trees seemed to be exclusive to the temples, and this botanical garden focused on ‘regular’ trees. I’d love to go back to this garden, probably in cherry blossom season to get a completely different view of the gardens.

12 responses to “The Kyoto Botanical Garden in Japan”