Victoria, being ‘more British than Britain’, has endless numbers of historic ‘British’ pubs. Some of my favourites are the ‘X’ Mile Pubs that provided food and lodgings along the old stagecoach route that ran from Victoria, BC up island towards Sooke.

The Six Mile Pub is still in its original location overlooking a small stream at the back. Unfortunately the front now overlooks the parking lot of strip mall besides  busy Highway 1A.

Ignore this! Inside has loads of atmosphere, a sunny deck overlooking the river and some hard-to-find traditional ‘British’ fare like Scotch Eggs on the menu. 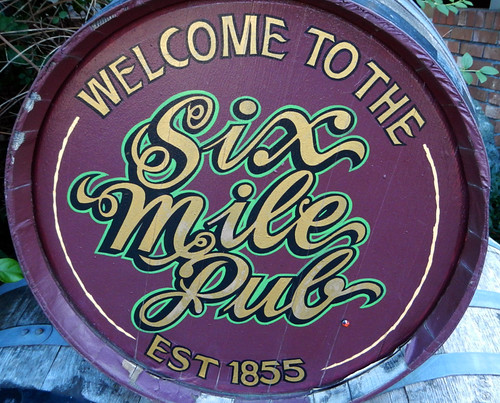 This lovely lady is holding up a beer of course. 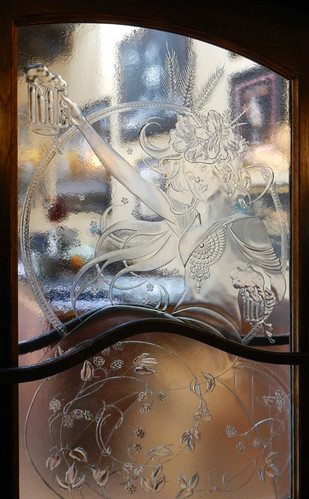 Scotch Eggs with Branston Pickle and grainy mustard is one of those treats you rarely find outside of England. (Incidentally Scotch Eggs are quail’s eggs with a sausage surround served cold – a perfect light lunch.)

They have around 20 beers on tap, mostly local craft brews, but have included Guinness and Strongbow Cider for a nod to their British theme. My choice was a Fat Tug IPA Beer by the local Victoria brewery Driftwood Brewing. (For more on beer, see my post:  ‘Best Craft Beers on the West Coast’.) 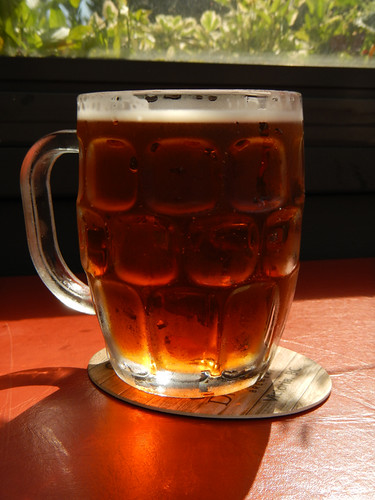 If it’s a ‘Canadian’ experience you’re looking for then try Six Mile’s tasty Caesar on the back deck. Caesars are start with Mott’s Clamato Juice (clam and tomato juice) and go on from there… 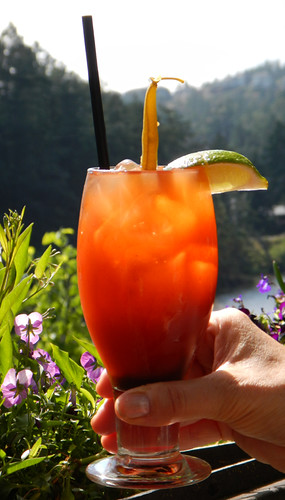 The Six Mile Pub is just outside of Victoria on Hwy 1A, otherwise known as the ‘Old Island Highway’ or ‘Sooke Rd’.

As you go along Hwy 1A you first pass the Four Mile Brewing Company, another historic stagecoach pub, then two miles later the Six Mile Pub appears. Also in the area and worth seeing are Royal Roads University for it’s beautiful gardens and historic mansion overlooking the ocean, Fort Rodd Hill and Lighthouse, and Coburg Peninsula with the ocean on one side and the Esquimalt Lagoon Bird Sanctuary on the other.

2 responses to “Six Mile Pub, a Historic ‘Stagecoach’ Pub Near Victoria BC”