Several times while we were exploring this region of Ireland we had passed an interesting-looking cemetery with a ruined church on it. Before we left Ballycastle for good we quickly detoured back to see the place.

The grave stones at the cemetery at the Bonamargy Friary in Ballycastle, catching the early morning sun. They were the best-ever ruins I’d seen so far in Ireland and they weren’t even mentioned in any of the tour books. 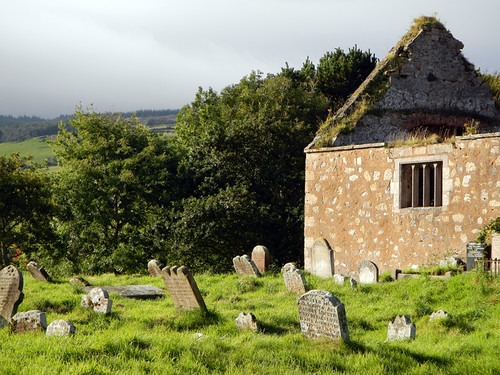 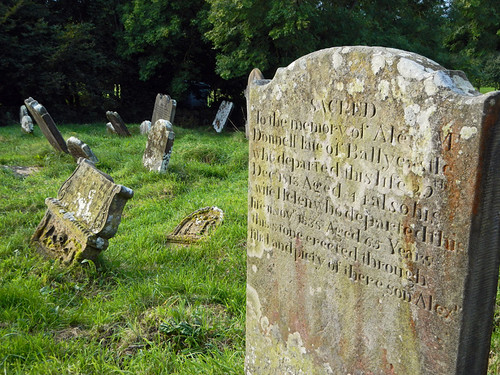 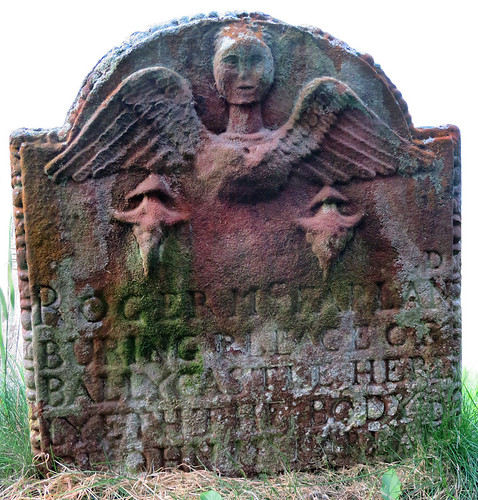 Our next stop was the Old Bushmills Distillery for a tour of their facility. Neither of us is fond of whiskey but not to stop at least one distillery while in Ireland would be cause for scandal among our friends. The fact that it was quite early in the morning to be knocking back whiskey would at all bother those same friends! 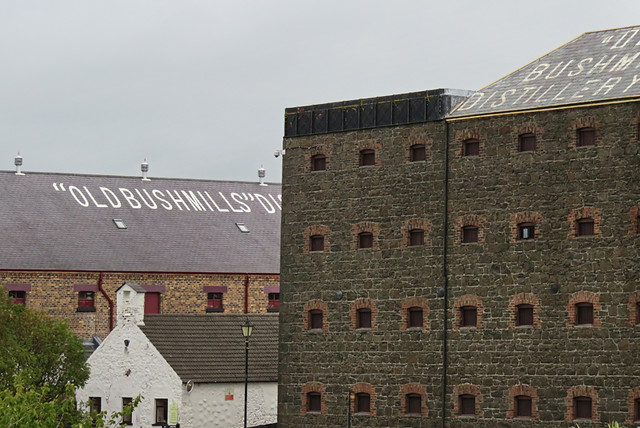 Pagodas on the buildings at the Bushmills Distillery were a distinctive feature of the architecture. 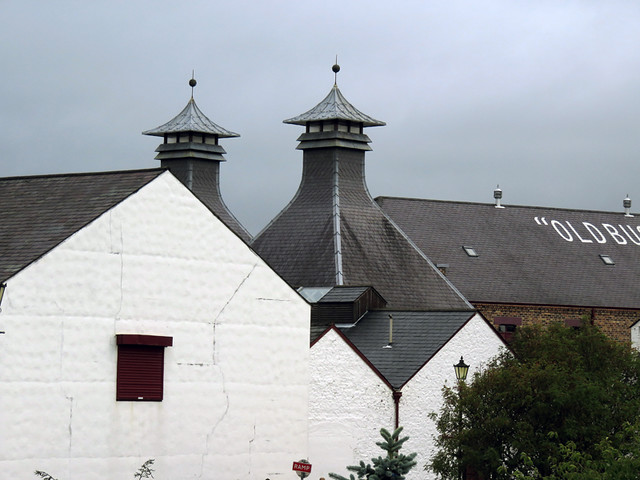 Barrels of single malt waiting to be loaded into the trucks. 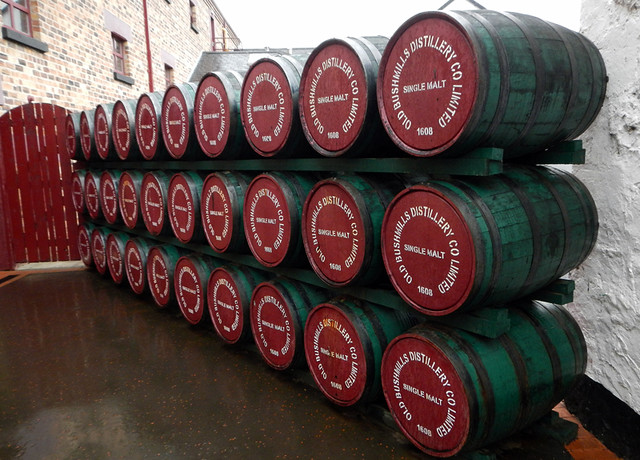 An old copper kettle in the waiting area. 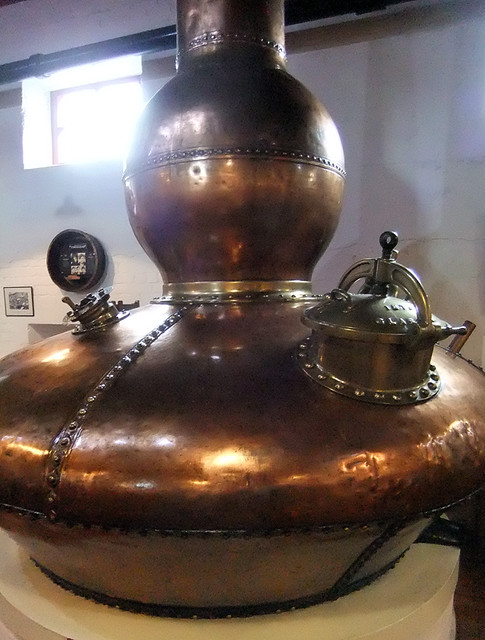 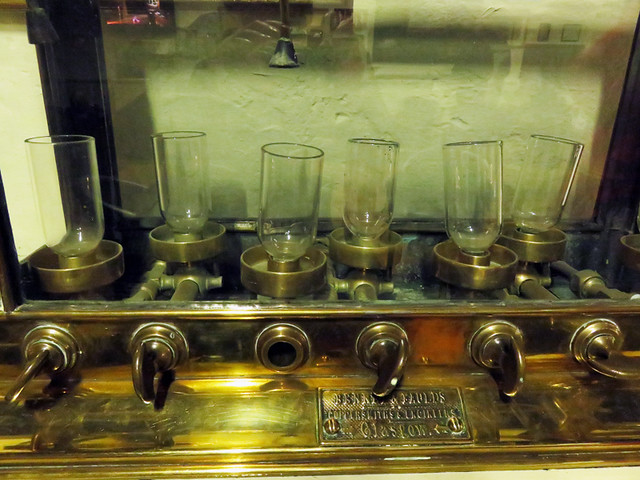 Photos weren’t allowed in the distillery proper for fear that an electronic spark would cause a conflagration (all that alcohol in the air). So instead of photos you get this brochure describing some of the processes we saw inside the distillery. Al, being a beer lover, felt that they should have stopped after the initial fermentation and added hops instead.

Map of leaving Ballycastle along the Causeway Coastal Route back into the Republic of Ireland. The number 7 indicates Old Bushmills Distillery.

From here it was onto the ruins and temple on the grounds of the Downhill Demesne (3 on the map) near Castlerock.

One response to “The Bonamargy Friary Ruins & the Bushmills Distillery Tour in Northern Ireland, UK”