The Vikings flourished in Scandinavia between the years 700 AD to 1100, a time known as the Dark Ages (or Medieval) in most of Northern Europe.

The Vikings raised stone markers in memory of their various kinsmen, covered with their distinctive written language of runes. 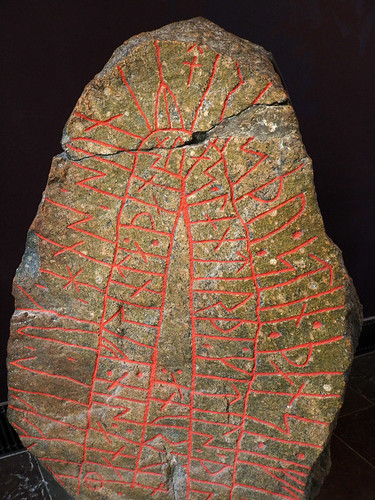 This first set of stones were in the National History Museum of Denmark in Copenhagen. To me they look like mysterious board games. 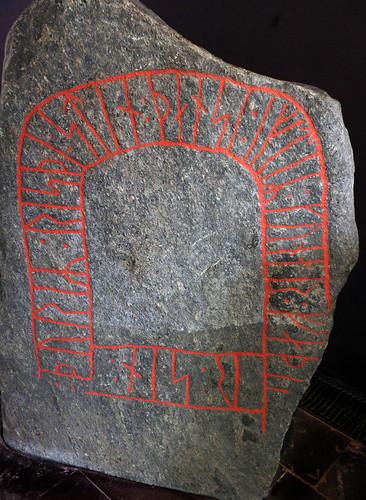 The language of the Viking runes decoded at the museum in Silkeborg, Denmark. 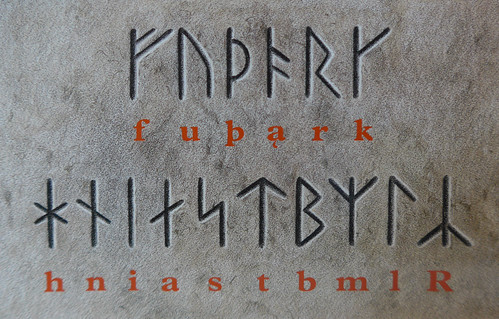 The Tirsted stone marker from the 10th century. 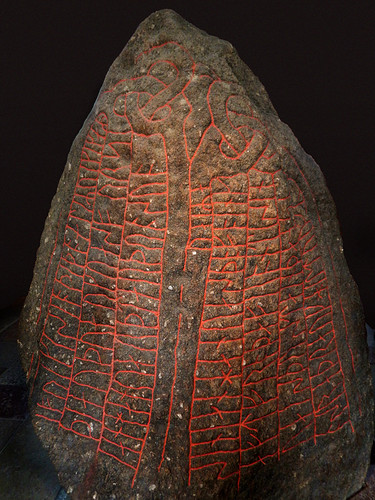 The stone translated to the best of their abilities. It reminds of Google translate for Danish to English – a lot of words, usually the critical ones, are missing!

The red paint was added later by archeologists and adding modern materials to ancient stones is considered corrupting them, and is somewhat controversial in archeological circles. 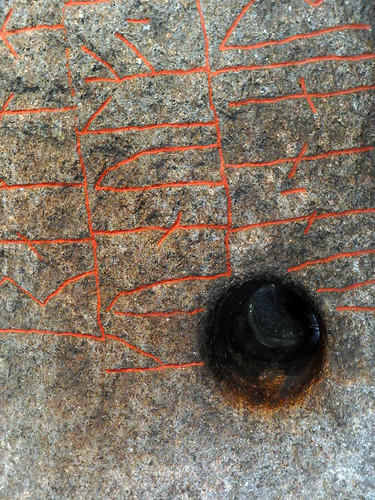 This is not the original stone, but a projection painted in what the archeologists believe were the original colours, which explains to me why the early archaeologists painted many of the stones with red – it seems they were trying to recreate the originals. 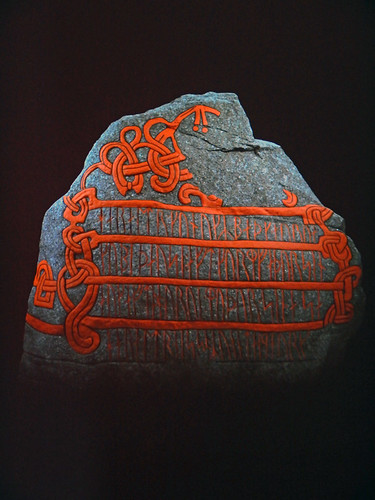 A projection of the other side of the stone. 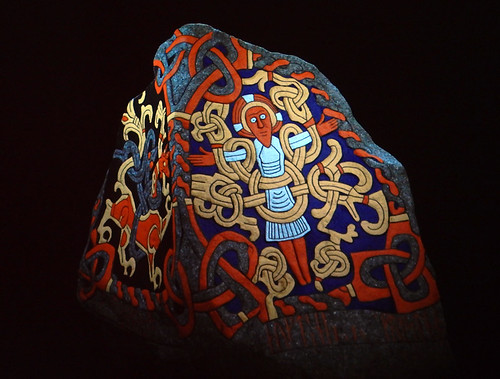 A glassed-in rune stone at the Jelling Viking Museum is left in the state it was found. With out the red paint the runes become a texture, rather than a language. Personally I prefer the paint, but then I’m not an archeologist. 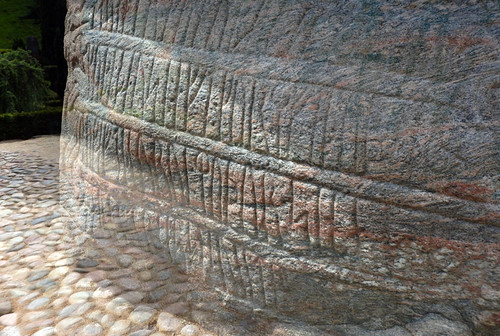 Rune-like markings chiseled out of wood on a paddle. 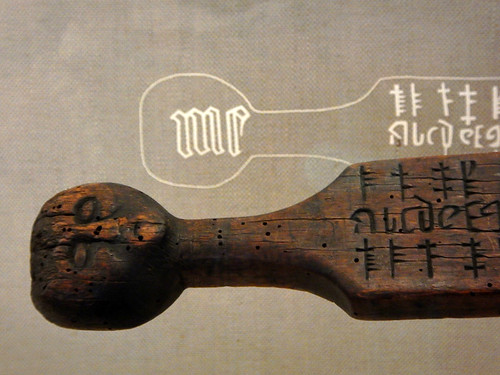 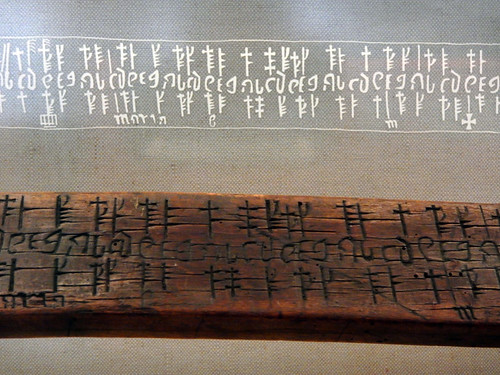