Charros are Mexican cowboys, and there are a lot of them in the state of Jalisco, along with all their associated horses, bulls and cattle.

So, in the small town of Ajijic in Jalisco there was plenty of action and horses on parade on November 20, the Día de la Revolución.

The parade started at ten – first came the flags, then the school groups forming human pyramids, dressed in tee-shirts and waving pom-poms (or feather dusters).

Then came the charros on their horses. 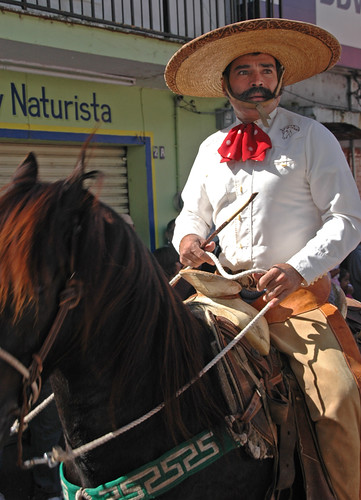 Another charro, all dressed up – I love his shirt, bow-tie and sombrero. 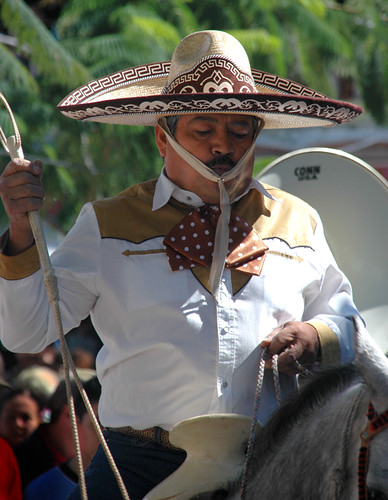 This charro was dressed to the nines, and his horse was too, with its mane braided, its silver and embroidered saddle… 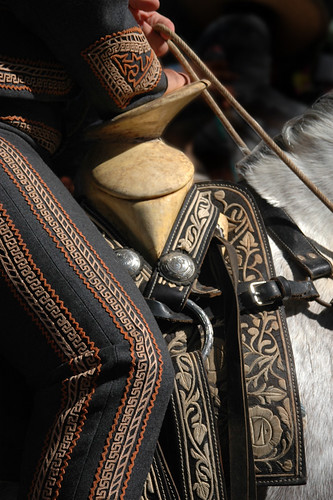 Everyone learns to ride a horse from an early age in Jalisco. 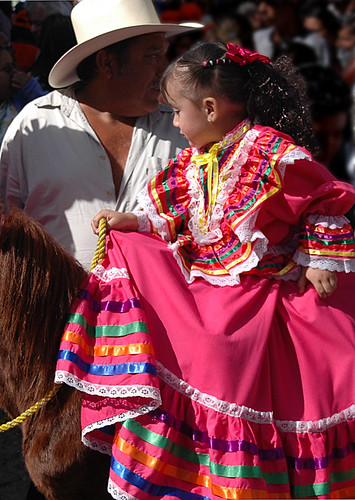 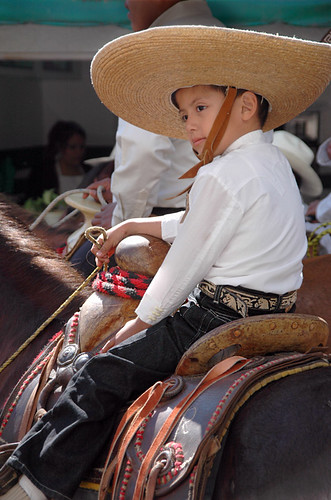 This girl is dressed like a revolutionary from the time of the Revolution which lasted from 1910 to 1920.

Lots of brass bands were in attendance.

The bands were playing… 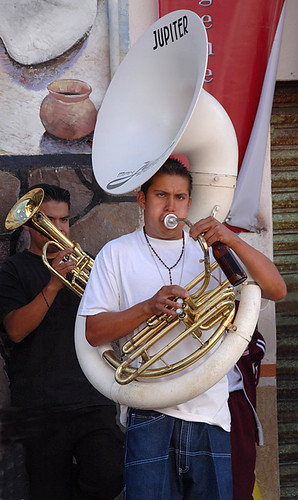 …and the horses were dancing… 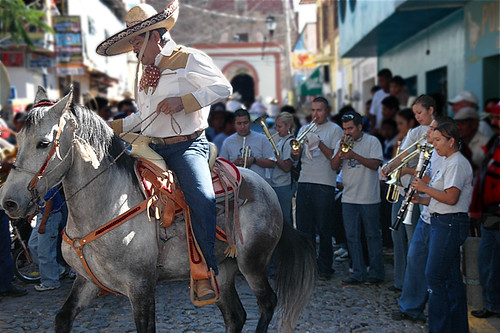 Near the end the crowd gathered underfoot to admire the horses, followed by a stampede to the food vendors!