When we asked our concierge about great bars in Brussels, the Delirium Tremens Café was the first bar he marked.

We had searched for this Café three years earlier on our first trip to Belgium, but in the process of looking for it we kept tripping over so many other fantastic pubs that we never got around to finding it. On this trip, with a well-marked map, we actually found it!

The actual entrance is ‘behind the corner’ if you want to get into the Delirium Café Pub. 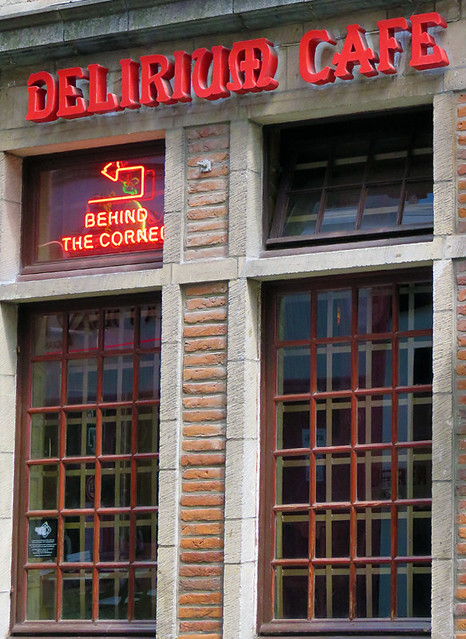 This is the right entrance, but alas it was Monday, the one day it opens late.

Five hours later it was open! This is a shot of the bar showing off a multitude of beer taps. 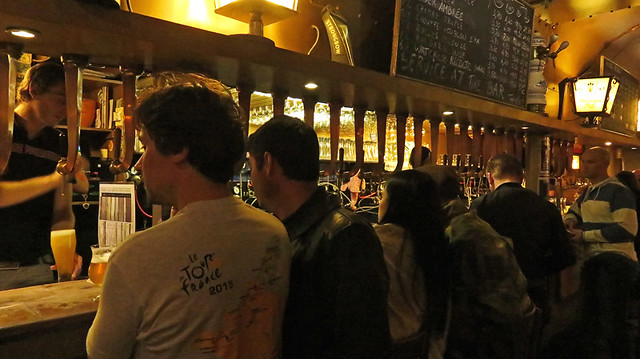 The menu shows off a multitude of beers as well, along with a stiff deposit for one and two litre glasses… 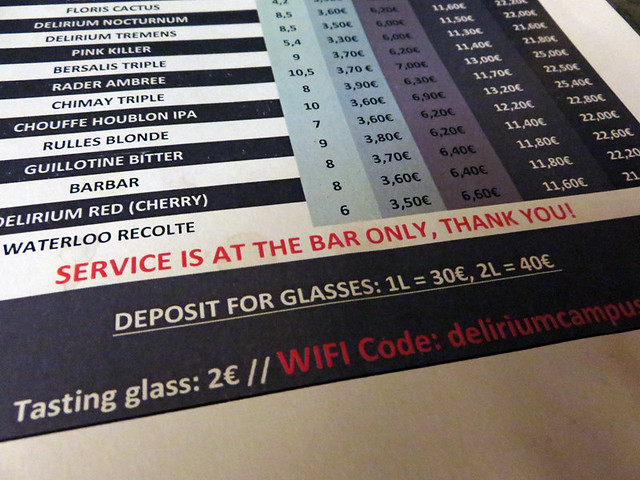 I, of course, had to have a Delirium Tremens in the Delirium Café. Al went for a Chimay Tripel. They were both very, very, very nice but my Delirium was “more rounded” according to Al.

Meals are available, including a ‘menu of the day’. 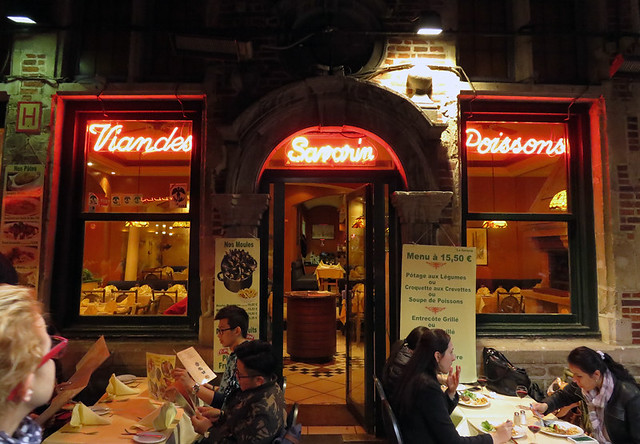 The pub is decorated with lots of neon and old beer paraphernalia and signage. Here is one of my favourites – I just love Flemish! 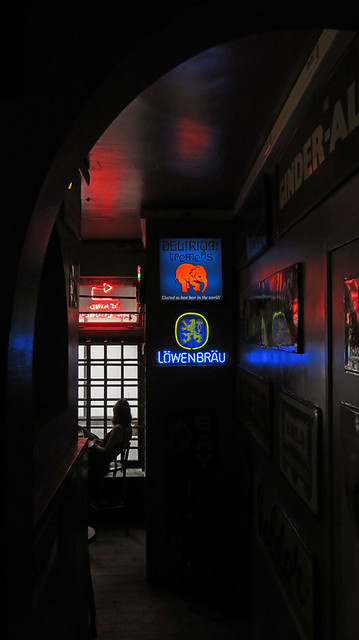 There are pink elephant pubs aka Delirium Cafés are all over Belgium and occasionally in France as well!

Known for: a world record selection of beers

OTHER WELL-KNOWN PUBS WE VISITED WHILE IN BRUSSELS (BRUXELLES)

3 responses to “Seeing Pink Elephants in the Delirium Tremens Pub in Brussels, Belgium”