Between November 2020 and now I’ve learned a few new words to describe the weather.

In November 2020, Christmas and New Year’s were cancelled due the 2nd coronavirus wave, and the month after that these signs started appearing at the small park near us. Wasn’t COVID discouraging enough? Now we had to deal Climate Change as well?  Trying to be positive about the whole situation, I thought, ‘Oh well, at least we’ll have waterfront property in the future’.

The other good news (sort-of) was that November, December and January were unusually mild. So much so that I found this confused rose in bloom on January 9, 2021. That is perhaps a little TOO warm for January in Canada… 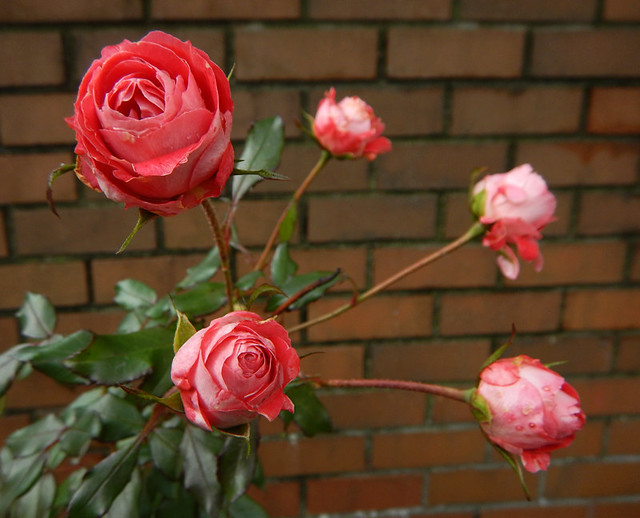 After then on the weather was somewhat normal until the end of June. At that point a new weather term called a ‘heat dome’ started building on June 27 reaching its peak on June 30th. Normally a hot day in June in Vancouver is 24°C. June 30th it reached 39°. Like 75% of Vancouverites we had no air conditioning and I spent most of my time lying on the bed covered with ice packs. The only photo I have to really show the effects of the heat dome was this of a local banana palm producing bananas – at least something was happy with Vancouver’s Heat Dome! 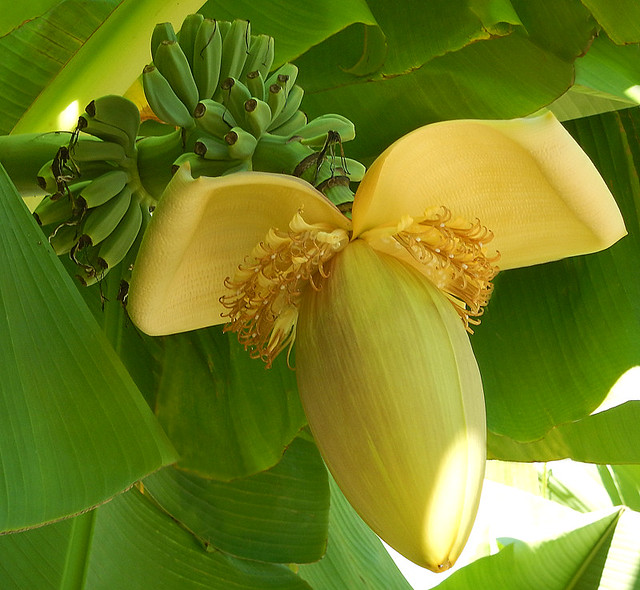 Lytton, not that far away from Vancouver as the crow flies, reached 49.6°C (121°F) on June 29th, and on June 30th burned to the ground. Thus began the summer season, now being called the ‘wildfire season‘. The Province had quietly dropped the State of Emergency caused by COVID June 31 but soon afterwards had to declare another emergency due to the wildfires. 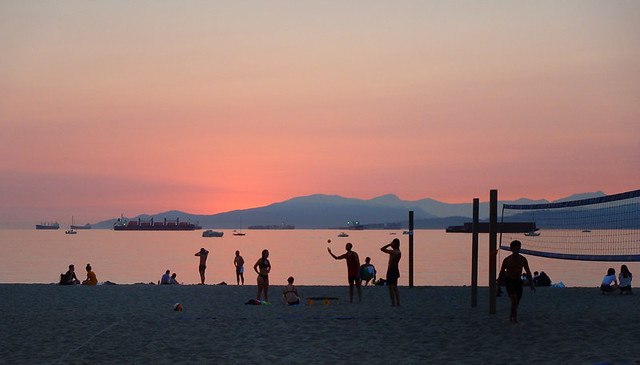 Most of the smoke was east of us but in mid-August we were headed east to a memorial in Banff via Kelowna, in the worst of both a fourth wave of coronavirus and with much of the province on fire. This sign below reads ‘No stopping on Hwy to view wildfire’. 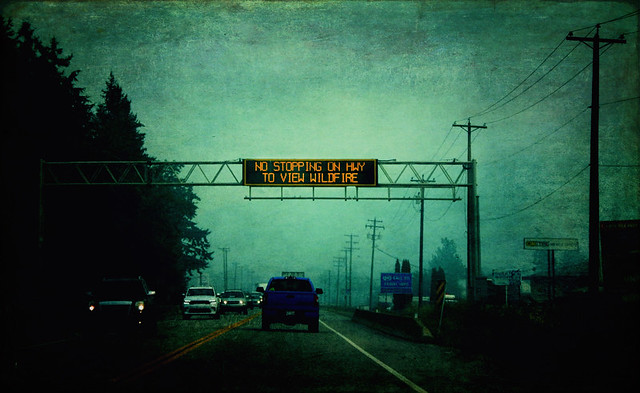 Smoke obscured much of Kelowna with new fires popping up all over. We stopped in the Kelowna Art Gallery and this image by Fern Helfand, Interface: Disaster as Spectacle was eerily omniscient of the photos my friends in Kelowna would take a week or two later.

It was similarly smoky in Banff, and raining ash. The mountains disappeared in a puff of smoke. The sun was red, the light eerie. Conversations often centred on evacuations and whether people had a place left to go home to. 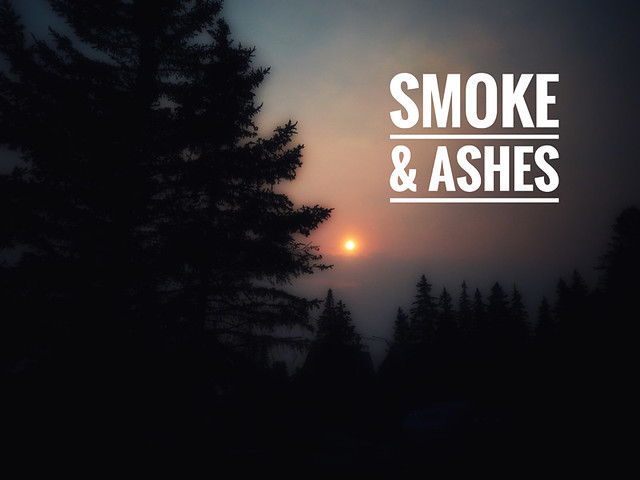 We had packed camping gear just in case there was no place to stay on the trip home. Luckily a friend offered us their cabin up in the hills above Merritt (the entire town under evacuation alert), and we managed to stock up on beer, food and gas in Kamloops (nearby huge fire). And then it started to rain, the first measurable rain in 52 days. The next morning a friend in a nearby cabin informed us that there was only one highway to Vancouver that wasn’t blocked by wildfires or mudslides, and so we made it home, although it took a long time. 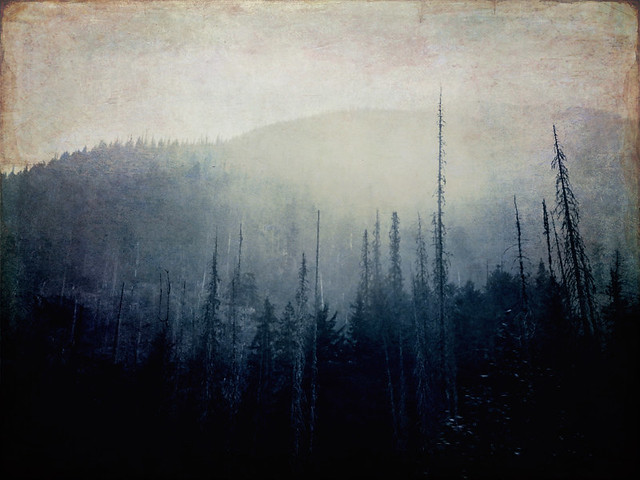 The rain gods helped a lot with the fires but then they decided they didn’t want to stop raining. A new weather term came up: ‘atmospheric river‘. I like it as a phrase; it’s quite poetic. I think it used to be called the ‘pineapple express‘; warm winds and lots of rain coming into Vancouver via Hawaii. At any rate a sodden autumn and it seems to me there’s a lot more mushrooms and fungi out there.

And we went from overheated and on fire to suddenly drenched in consecutive atmospheric rivers dropping masses of rain (3 forecast just this week). After previous rivers have already flooded much of the province, the State of Emergency in the province transitioned from wildfires to flooding disasters that had entire towns evacuated, masses of farm animals drowned and all the highways in all directions closed from both mudslides and large sections being washed away. Vancouver was cut off from the rest of the country, and even now in mid-December many of the highways remain closed, open only to essential traffic. Lucky for me I don’t have any photos of the ‘new’ weather.

But Sandy, at Sandy’s Chronicles, managed to ‘enjoy’ both the ‘atmospheric river’ and the ‘weather bomb’ with spectacular photos of the storms on Vancouver Island, and came up with this challenge: Friendly Friday Challenge: How’s the Weather?

8 responses to “How’s the Weather There in Vancouver, Canada?”