We followed our tour of the cliff dwelling called Balcony House with a hike along the Petroglyph Trail.

It took a lot longer than we had expected because of the amount of scrambling needed. On our way up several older couples were coming down and informed us that they were coming back this way as “the second half of the loop looked really difficult”. 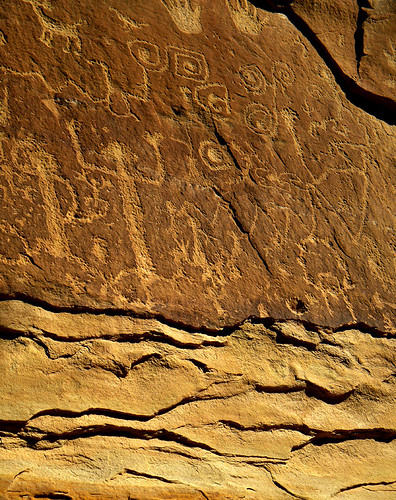 We had seen such fabulous petroglyphs in Utah, some them beside the highway, so these petroglyphs were a tad disappointing, especially considering it was such a difficult walk. It appears we took one photo each and then left. 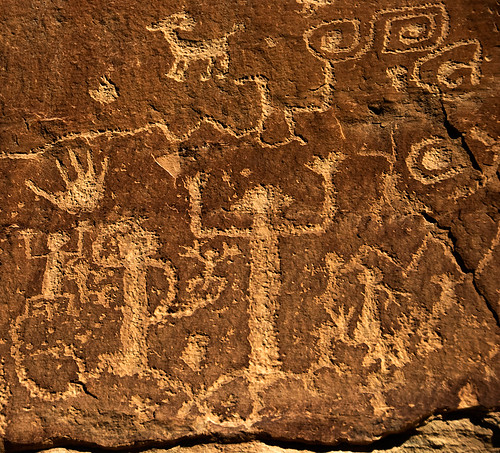 Going down we selected the route out that the older couples had earlier rejected as ‘too difficult’. It wasn’t that bad, just very steep, but fast!

At the end of the trail we met a heavyset guy with a frightenly red face who, looking up at the steep trail we had just come down, asked, “What would you recommend for a fat boy like me?”

For him, I would have probably suggested the petroglyphs on the highway on the way out, almost as interesting and you could drive there! 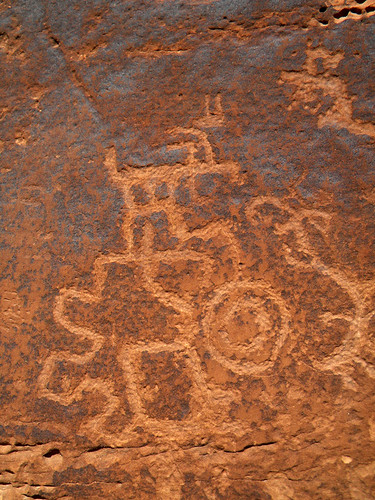 This petroglyph was scratched into the dark desert varnish; at the bottom you can make out a little man. 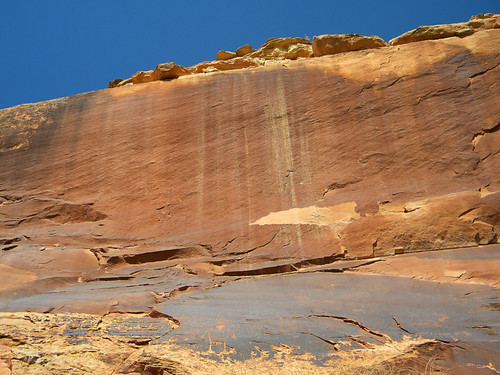 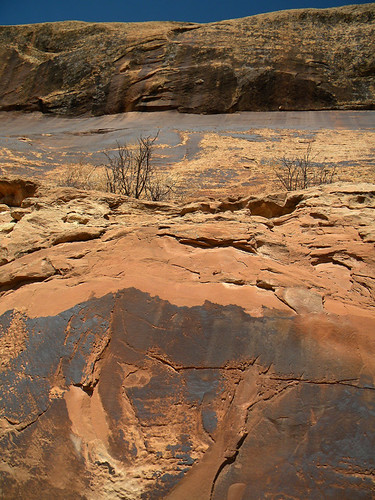 After this sweaty hike we just had time for a quick shower before we set off for our 5 o’clock tour of a complex of cliff dwellings called the Cliff Palace.

2 responses to “Petroglyph Trail at Mesa Verde in Colorado”