In the morning we went off to the Agra Fort with Abbib, a auto-rickshaw driver we had met the day before.

The Agra Fort, a 16th-century Mughal fortress, is another UNESCO World Heritage site in Agra, and in its own way is just as beautiful as the Taj Mahal.

The ubiquitous monkeys were on hand to greet us as we entered, the toll being anything they could grab from you as you tried to enter the turnstile.

There was another entry fee as well, this at the ‘classic’ sandstone cashier cage. 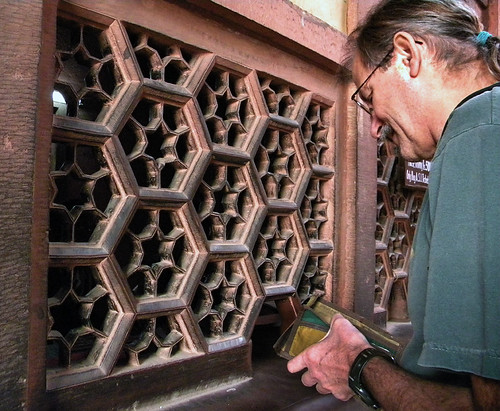 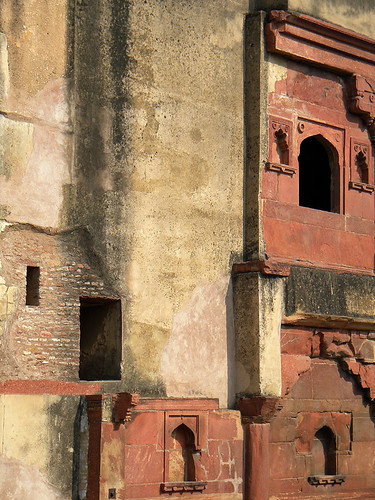 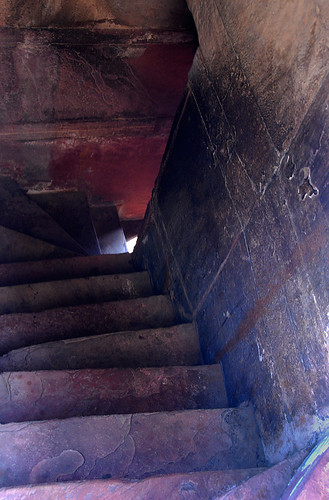 A guard keeping an eye out on the interior rooms of the fort. 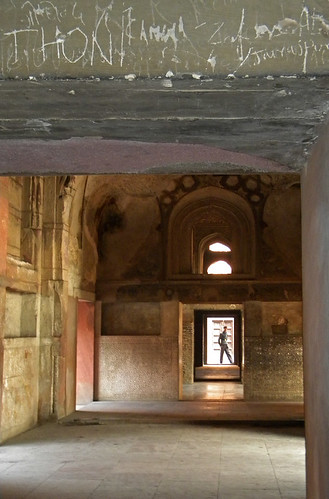 A stray dog casually wanders by. 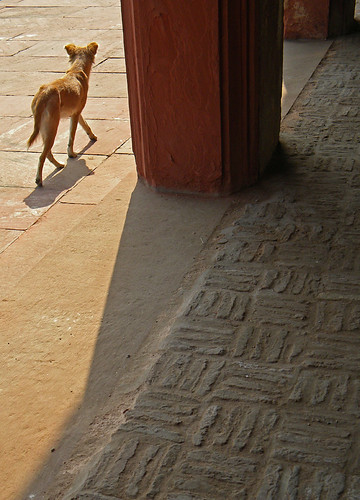 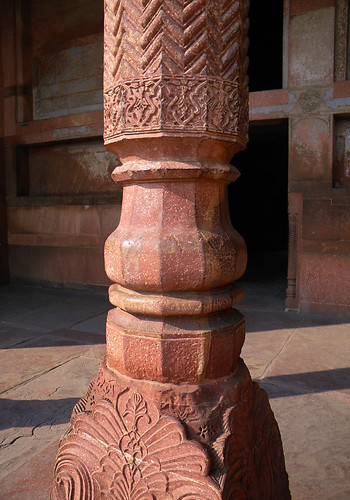 Within the fort is a marble palace that overlooks the formal garden. 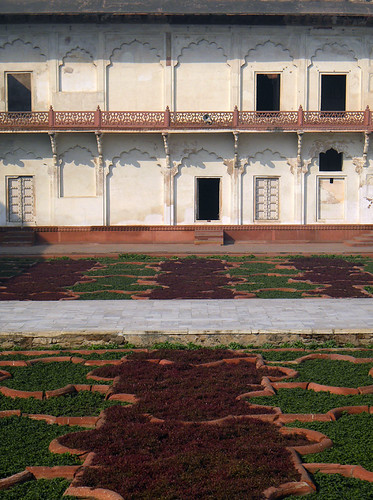 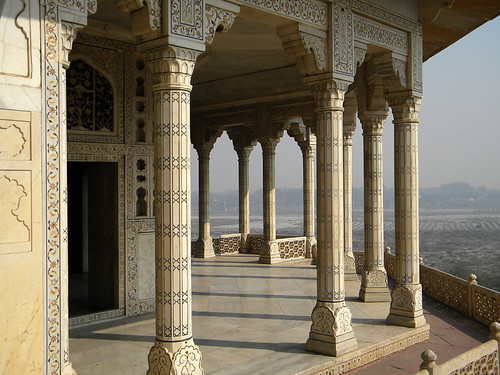 Niches in a marble wall. 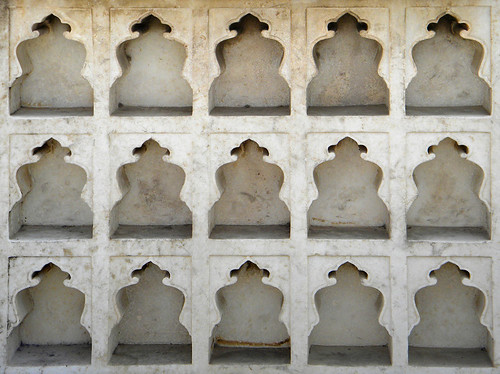 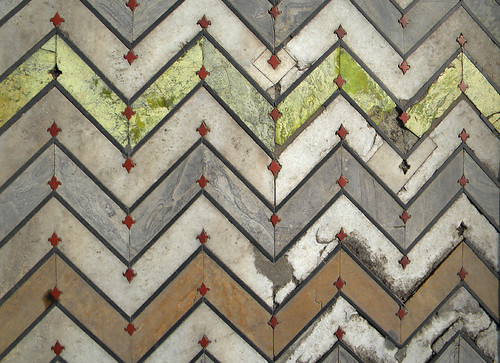 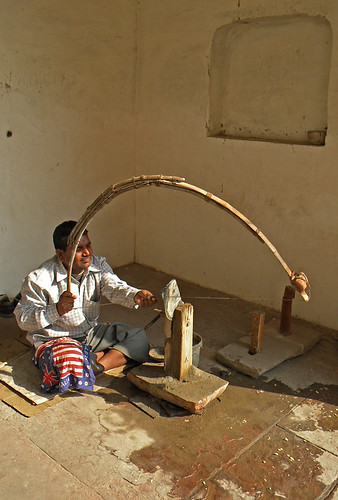 The fort was large but we were unable to access its entirety, and there was a room of mirrors that I would have liked to have seen.

Abbib was not waiting for us when we left so we hired a different driver, younger and ruder. “Aye Babu,” he yelled at an older driver just before he swerved suddenly to miss hitting a truck.

“No tip with all that nonsense,” Al roared, grabbed it back and stomped off, leaving me shaking my head at him, and then abruptly dashing off too.

So now we were off on our next adventure, a bus trip to Fatehpur Sikri, the walled city created under the direction of Akbar, one of the greatest of Mughal emperors.

3 responses to “The World Heritage Fort in Agra, India”