On today’s day trip from Rouen along the cheese & cider route we happened upon a fromagerie.

In Livarot, France we were greeted by signs of cheese everywhere. 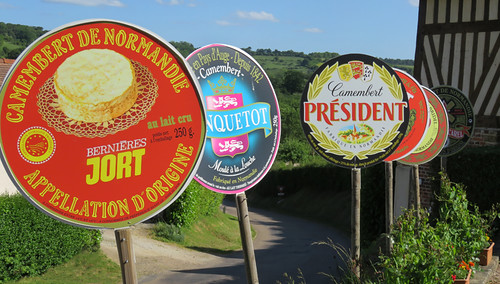 From a logo on an old cheese delivery truck… 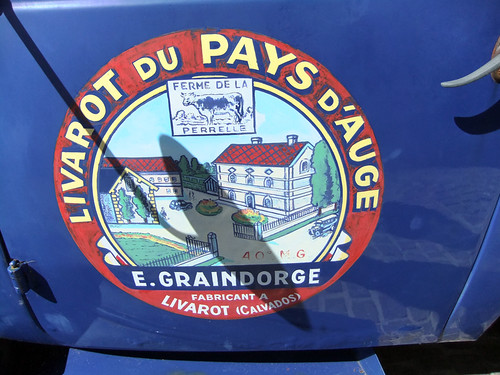 …to a mural of an old cheese delivery truck inside a maison de fromage. 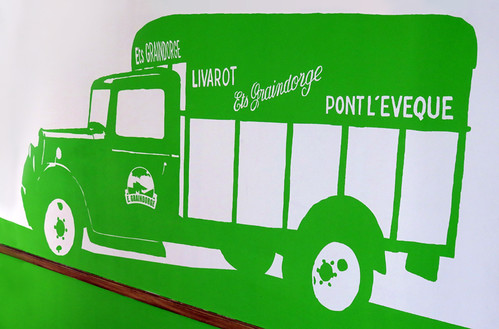 Another mural – this one of a cow being milked the new-fangled way. 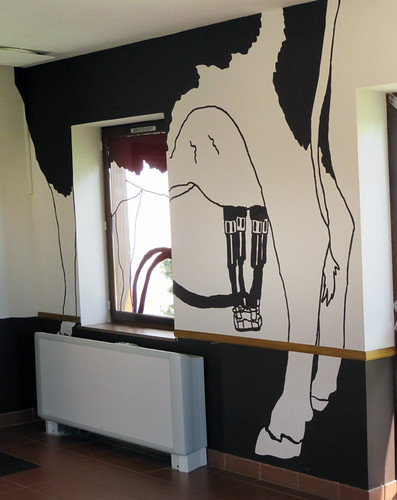 Once inside we got involved in some serious cheese tasting. 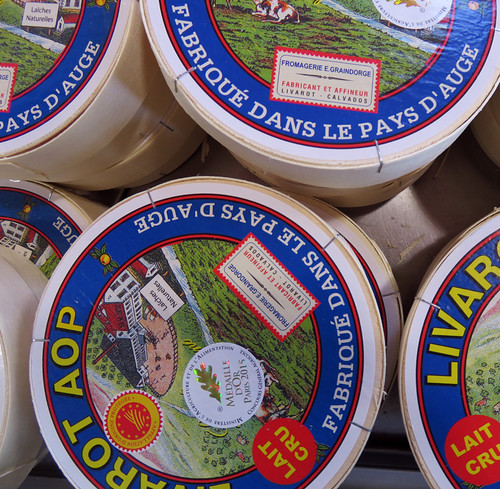 Best cheese discovery of the last ten years: Neufchâtel!  It’s similar to Camembert in texture but a notch up in terms of intensity of flavour, just as Camembert is a notch up on Brie. It is always shaped like a heart as in ‘I ♥ Neufchâtel’. I loved it so much and a huge heart of it was only 5 or 6€ — however, even vacuum-packed we were informed that it would only last two days. We would have to buy some closer to our departure date if I wanted to take this bit of France back to Canada. 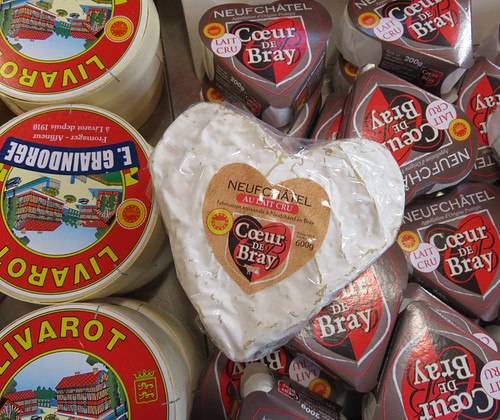 They love cheese so much in France that they even name their towns after them. 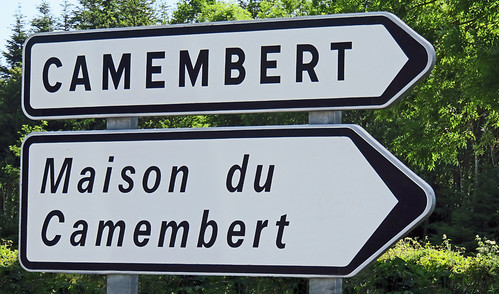 Poster showing how the producers of Camembert donated one day’s production per week of Camembert to the war effort in France, making Camembert the ‘truly national cheese’. 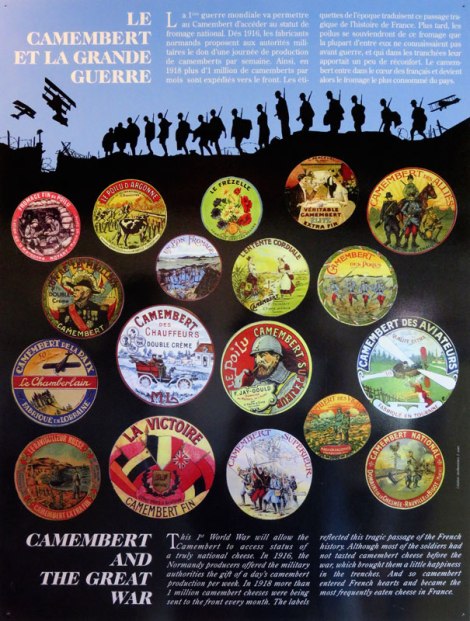 The second half of our day trip for June 6 was based on my book ‘The Backroads of France’: the Cider & Cheese route. 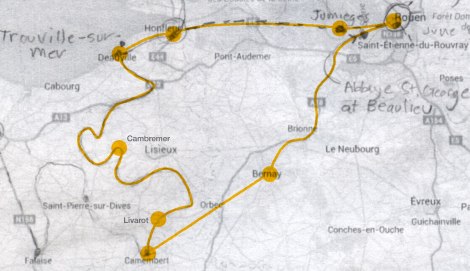 The first stop of the day was Jumieges Abbey ruins, followed by our first French picnic and then on to the crowded coast. From there we went off on what our ‘Backroads of France’ guidebook called the ‘Cider & Cheese’ route. In Cambremer we discovered some fabulous ciders (& Calvados, the French apple aperitif) followed by this fromagerie in Livarot, a three-course dinner in Bernay and finally drinks in Rouen.

More on our 2015 trip to northwestern France.