It has changed a bit since then. In the 50s it was mostly fishermen, and that changed to hippies and surfers in the 60s, and now there’s a little bit of everything plus a lot of high-end resorts. 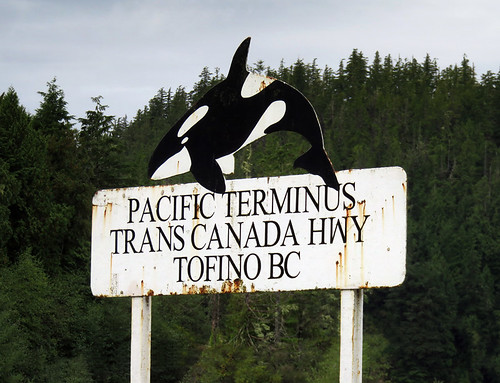 As soon as we arrived Al wanted a nap, so I ended up wandering around by myself through the funky old town. 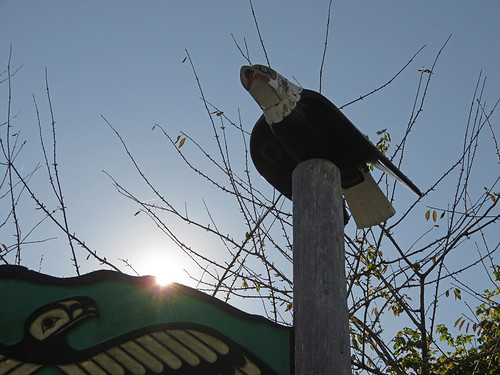 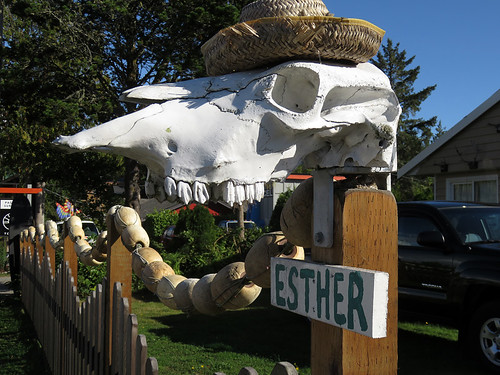 They have been steadily increasing the bike routes so there’s now bike traffic everywhere. 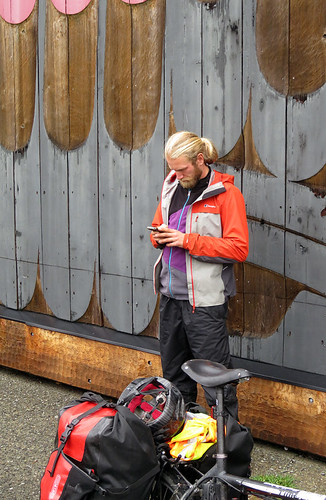 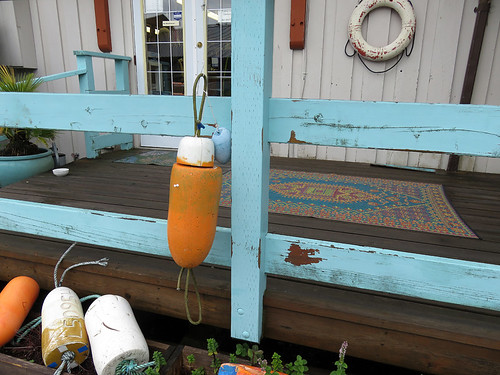 Mural on the exterior of a gallery specializing in First Nations art. 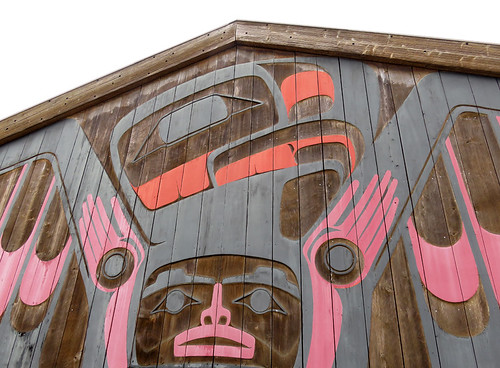 Old licence plates, some dating back to ‘58 or ’59, the first time I was there. Maybe one of these fell off our old car! 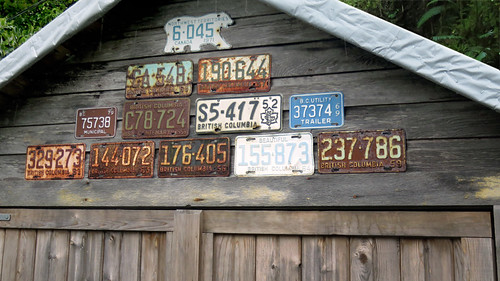 A totem of the Weeping Cedar Woman.

On one side of town are the forests, beaches and Tonquin Trail. 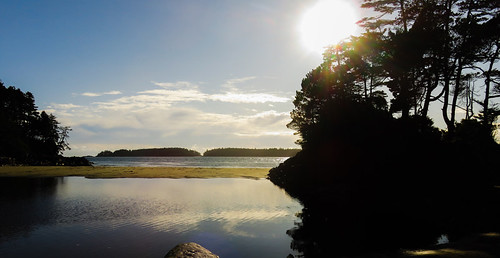 On the other side are the docks, which was my first stop after wandering through the town. 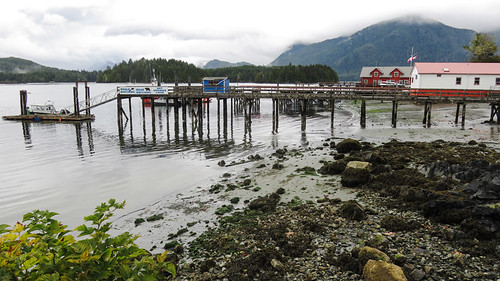 One boat was offloading crates of live Geoducks into a refrigerated truck scheduled to go to a plane that would arrive in China the next day. 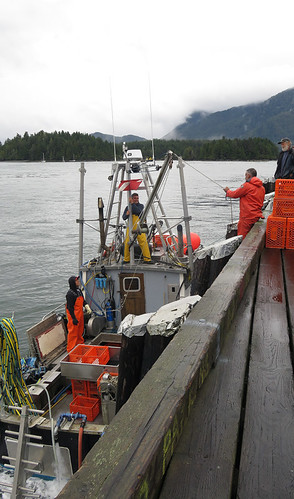 One of the fisherman. 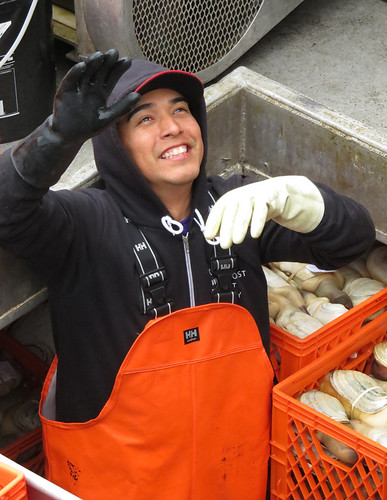 Crates of live Geoducks heading off to China.

Although the road has improved immensely since the 50s some people arrive in Tofino by float plane or boat. 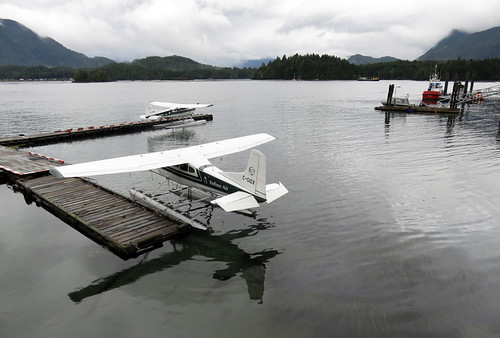 Fisherman’s Wharf is a little further down the road, but still within walking distance. 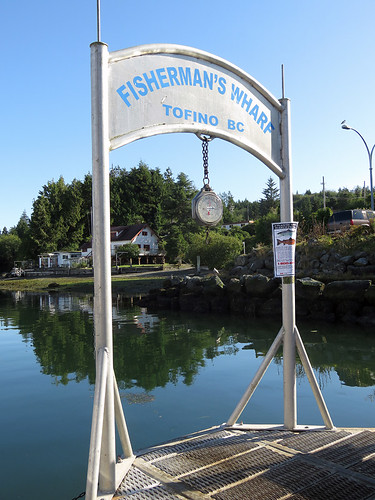 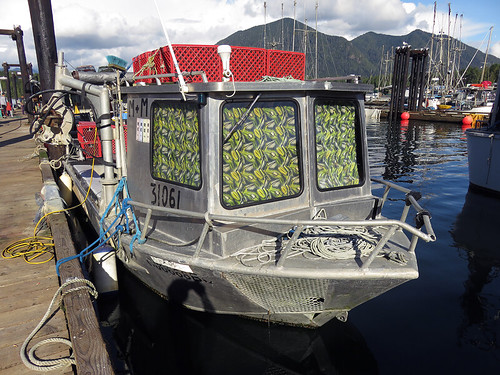 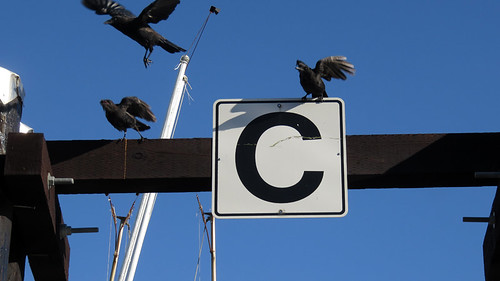 A houseboat across the water from the dock. 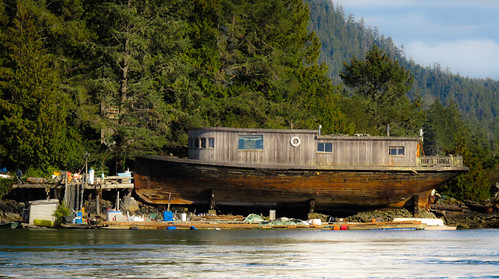 There are a lot of places to eat in town but even in mid-September many of the restaurants were totally booked up, although servers made a lot of effort to squeeze in hungry tourists. 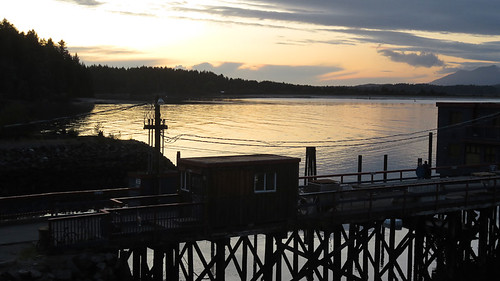 We ate at this pub, with a great view of the docks and sunset.

According to Tripadvisor, the number one restaurant in Tofino is the Tacofino food truck in the ‘surfer’s village’ along the highway.

Reservations are not required here and prices are reasonable, but dining is al fresco no matter what the weather. 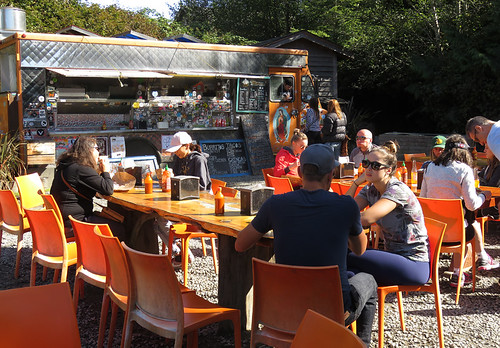 In the same surfer’s village was the Wildside Grill with its the funky driftwood shelter, another popular eating spot. 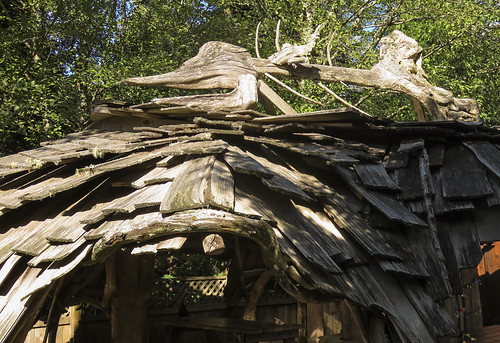 Google map showing the area around Tofino. The ‘surfer’s village’ does not appear to be the official name of the area to the south of Tofino on the highway, but Tacofino is located there along with other cafes and shops with gear for energetic people.