Let’s face it, I have been somewhat of a Grinch this Christmas. All over the internet everyone was writing ‘Merry Christmas’ and I was thinking “What’s so merry about it?” I’m not the only one, there were a fair amount of Grinches out there as part of people’s Christmas displays.

Unlike most years I have had a lot of time on my hands, and have worked (possibly overworked) and posted most of my favourite photos already.

And because this is primarily a travel blog, it isn’t that much fun to post a bunch of stuff when nobody is travelling.

A walk downtown produced this image of live Geoducks and Dungeness Crabs at the T&T Supermarket in Vancouver. I found it amusing because the Geoducks (pronounced ‘gooey ducks’) look like they’re dancing the can-can in front of a lot of crabby customers. Hmmm, maybe you had to be there… 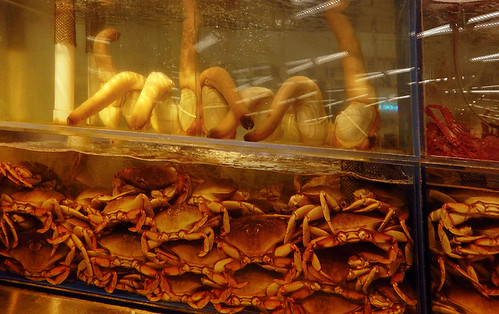 Near the end of the month we went on a cold but beautiful trip to BC’s Okanogan to visit friends. We had a lot of good times but most of these have already been published.

The drive home from the Okanogan in early February was through snowy mountain passes. We had orders from my friend to text her when we made it through the first treacherous pass and reached Merritt, and again after the second pass when we hit Princeton. I obliged and she texted back, “good kids”. 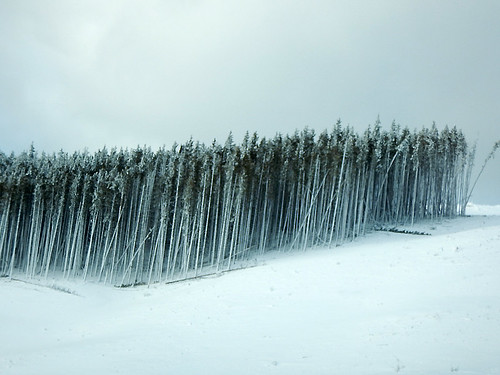 Back in Vancouver the weather was spring-like. This yellow Witch Hazel was in a display of February’s flowers in the Van Dusen Garden, one of my many spring walks. 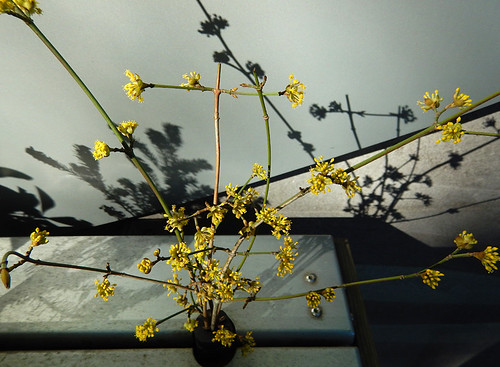 Towards the end of February I went over to Victoria on Vancouver Island.

One interesting stop was to the place in Sidney where I used to live. Nearby was a large piece of untouched land that jutted out into the ocean, and my friend and I ran around on the grounds exploring. Now it’s a subdivision. I do remember a manor house somewhere in the woods but I don’t remember that it looked like something out of a National Park in the 20s. 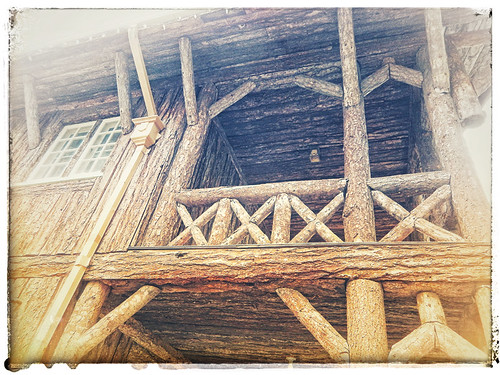 On March 15, I published a post called ‘Going off the rails from around the world‘ in Response to a Friendly Friday Challenge. On March 16th the province shut down and life as we knew it ended.

My next post was in response to a Lens-Artists Challenge, and the one after that was one of Cee’s Fun Foto Challenges. In fact most of my posts during this time of isolation were in response to Photo Challenges, and I would like to thank all of you who went to so much work coming up with challenges and commenting on all of them!

I originally had plans of exploring Vancouver in a series of walks, each one with stops along the way to favourite cafes, pubs, restaurants. However, my COVID walks were along back alleys and busy thoroughfares, by myself, and contained no stops for a coffee or happy hour. I doubt very much I’ll be writing those up.

The new cases in BC were running 20 to 30 a day at the end of July so we made a 1300Km trip through BC to Alberta to visit a dear friend with terminal cancer. It was a time for visiting and hanging out and yakking.

On the way home we stopped at Banff which was busy beyond belief so we carried on until Kicking Horse Falls in Yoho. Although it was also busy I managed to get a few photos. One experiment was to take photos with my iPad mini as well as my little camera, and I really liked the ones on my iPad better… 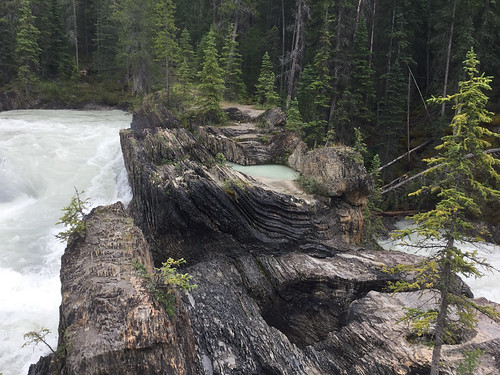 Another favorite was the light against dark/dark against light quality of this green pond abstract up at Glimpse Lake near Merritt. This short trip was the highlight of my year. 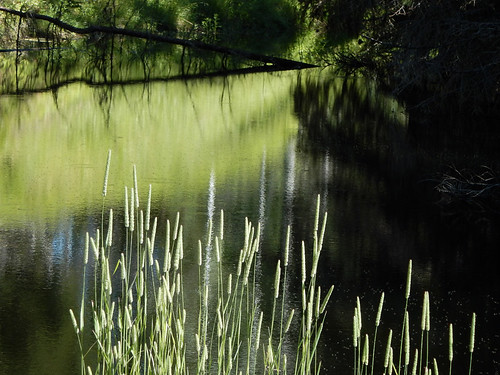 After that it was back to exploring Vancouver. One of the big surprises for me was the difference between Vancouver’s Eastside (where my studio is located) and the Westside (where I live).

My Westside photos are hearts and flowers: ‘Kindness is Contagious’, ‘a bee in every flower’, ‘water reflections’… 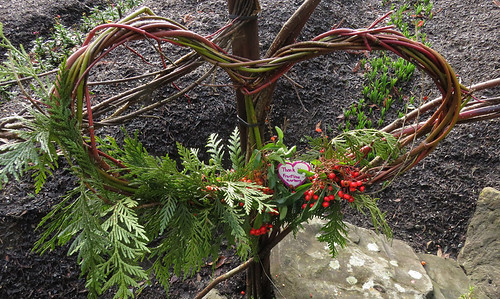 The Eastside is all stripped wires, electrifying graffiti, homeless camps and crushed cars… 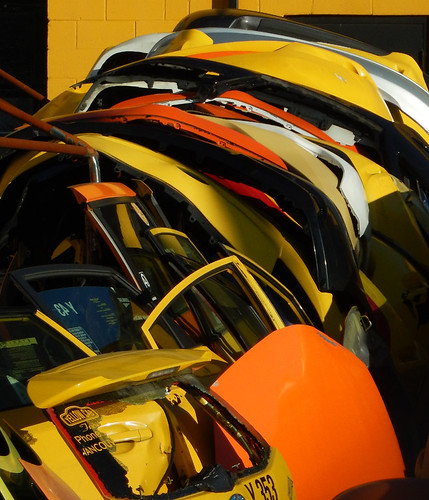 I found these two sets of photos next to each other in my photo previewer, and liked the way they complemented each other. 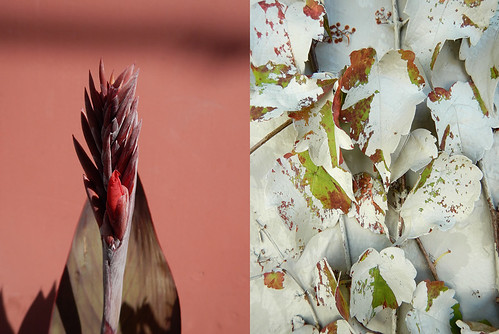 Four of our major appliances died. The worst was our refrigerator which died in early December. The next day we paid $85 to find out that it was well and truly dead. Shopping for appliances in the middle of a pandemic is super-stressful, and add to that fact there was nothing available without a 8-10 week delivery wait. In one store, a member of the staff spent ages on the computer trying to find a fridge that was in stock, and could be delivered within a week. Finally he found one, not really what we wanted, and six days later we were the proud owners of a new but almost completely empty fridge – everything in the freezer had thawed out, and with unseasonable warm weather there wasn’t much that survived that week. While he was phoning all over the place I wandered around looking at appliances and wondering what was going to fail next.

This is the latest in microwaves for those who serve up questionable meals to their kids. 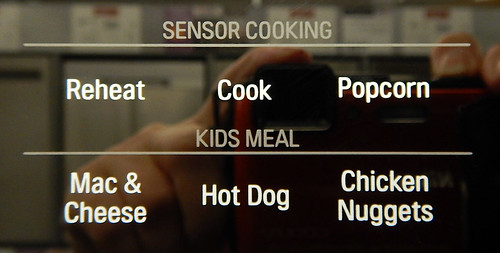 On November 7th Christmas and New Years were cancelled. I still managed to get out a bit but not as far – mostly I explored wabi sabi via scanning old photos from Japan, and the nearby duck pond and train corridor.  This was a fun exploration, as was using ‘image compare’ in the new Block Editor, and making up postcards from the past. There were a lot of posts done from Challenges which is great as sometimes you need to keep busy just to keep sane. 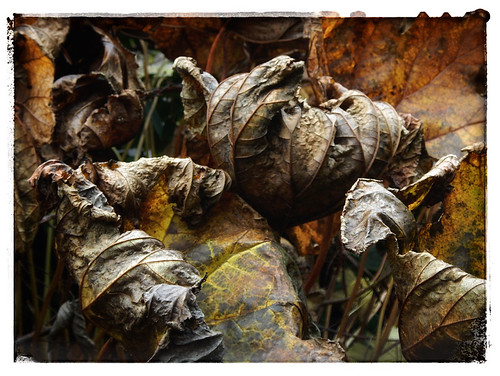 More of the Lens-Artists Photo Challenge: Favorite Images of 2020.